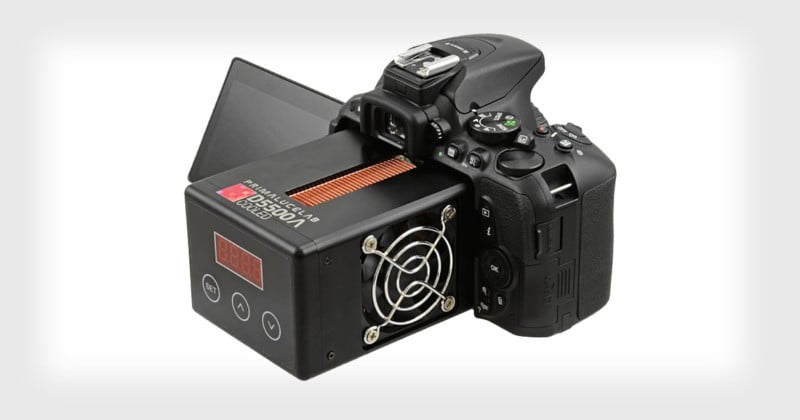 An Italian astrophotography company called PrismaLuceLab has launched a modded version of the Nikon D5500 DSLR. Called the “D5500a Cooled,” the camera uses a special cooling system mounted on the back to chill the sensor and reduce noise during long-exposure photos.


“It’s the first ever cooled Nikon camera ever for astrophotography,” PrismaLuceLab CEO Filippo Bradaschia tells PetaPixel. Cooled CCD cameras generally have better performance in astrophotography compared to traditional DSLRs, but Bradaschia is aiming to narrow the gap with his company’s new modified DSLR. Unlike other CCD astro cameras on the market, the D5500a Cooled can be used without a computer. 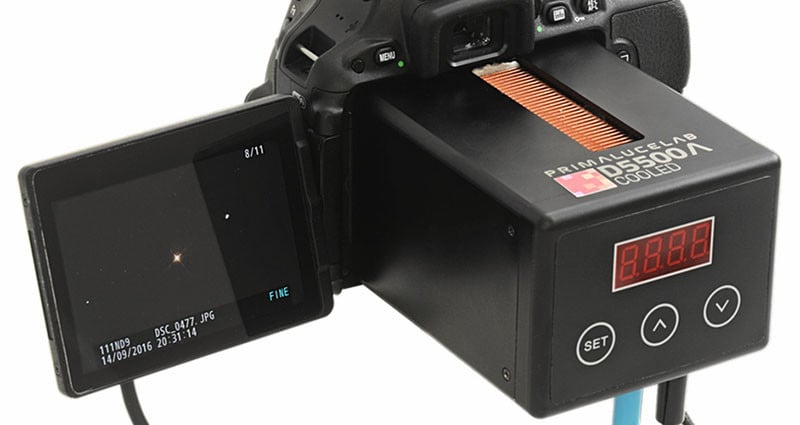 The cooling system is a box that protrudes from the LCD screen space on the camera back — the LCD screen is kept in a flipped out position to the side of the camera. Temperatures inside the camera are reduced by a double Peltier cell by as much as 27°C (~80.1°F) compared to ambient temperature, dramatically reducing noise. 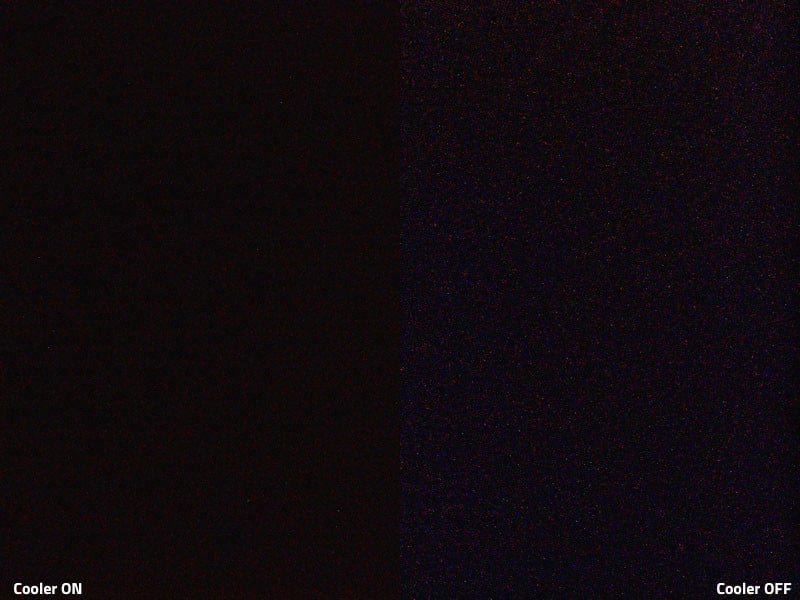 Sensor cooling can lead to moisture appearing in the camera, so the D5500a Cooled uses a special anti-dewing system that uses targeted heat to avoid dew drops appearing.

A display on the cooling system shows the current temperature of the sensor, the desired temperature, the speed of the cooling fan, and the intensity of the anti-dewing system. Touch buttons let you adjust these parameters to your desired values, as well as controlling integrated shutter control.

The cooling system of the camera is powered by a 12V adapter, and there’s also a 9V output that can be used to power the DSLR through the battery compartment with an included adapter, allowing you to power the entire system with a single 12V adapter and without batteries.

Finally, the filter in front of the sensor in the D5500a Cooled has been replaced with one specially designed to increase sensitivity in astrophotography.

Here’s an photo of the California nebula (NGC1499) captured by Bradaschia using the D5500a Cooled: