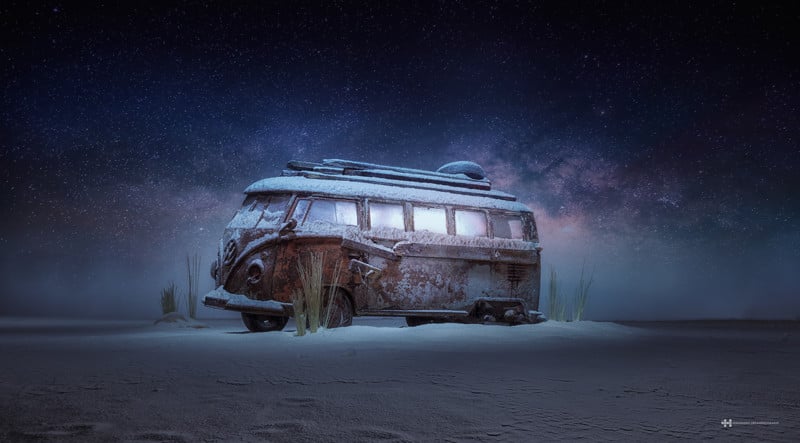 The talented Felix Hernandez is back with another beautiful scene captured using tiny objects. This time, he’s taken a scale model of a microbus and placed it into a snowy scene in the middle of nowhere… of course “nowhere” is actually his home studio.

We’ve featured Hernandez impressive work before—from a magical wardrobe photo created on-location, to a more general overview of his work—but the quality of his photos, and particularly his attention to detail, never fail to impress us. This photograph is no different.

They don’t exactly sell scale models of VW microbuses in “severely weathered/broken down” versions, so Hernandez painstakingly broke down the model himself until it looked like something out of The Walking Dead circa 1960. Add a little bit of “flour” as fake snow, set up a single LED light, and expose for 1 minute (or until the crust is golden brown).

The final step was to replace the white background with a photograph of the milky way, the only digital piece of this puzzle. Here are some behind the scenes photos: 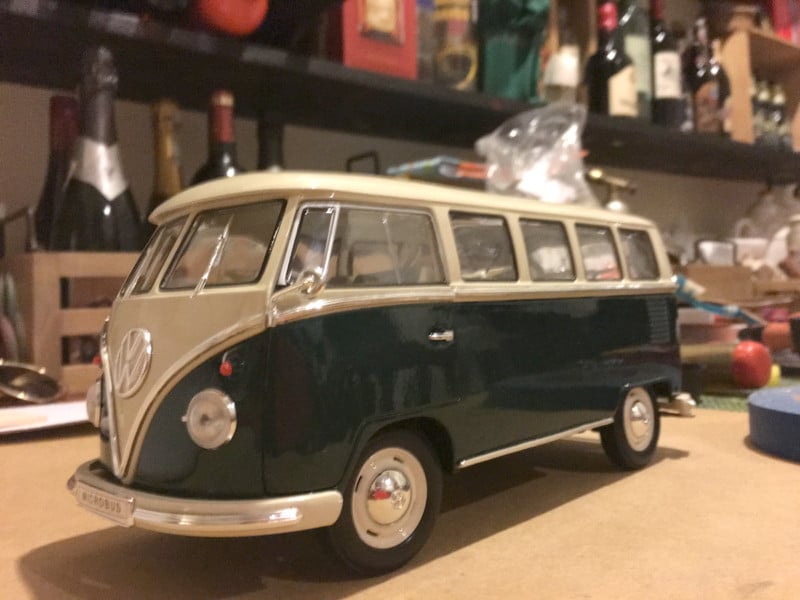 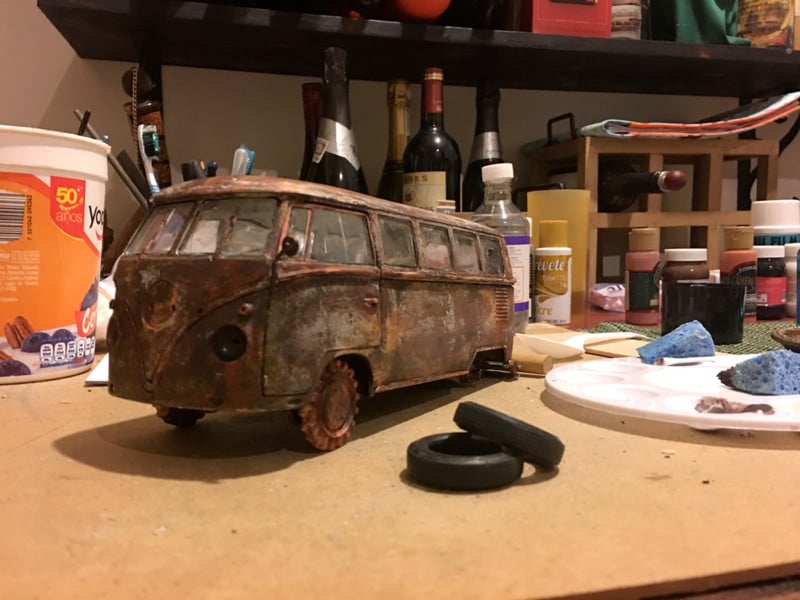 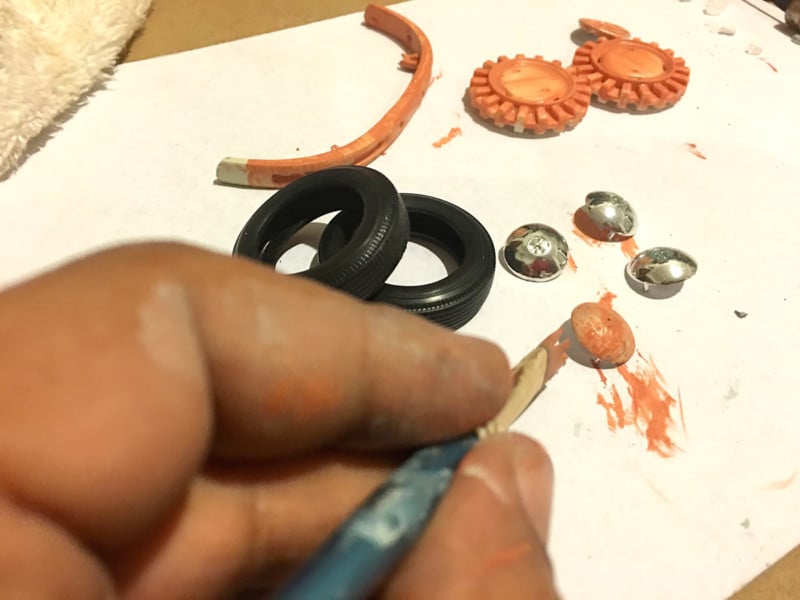 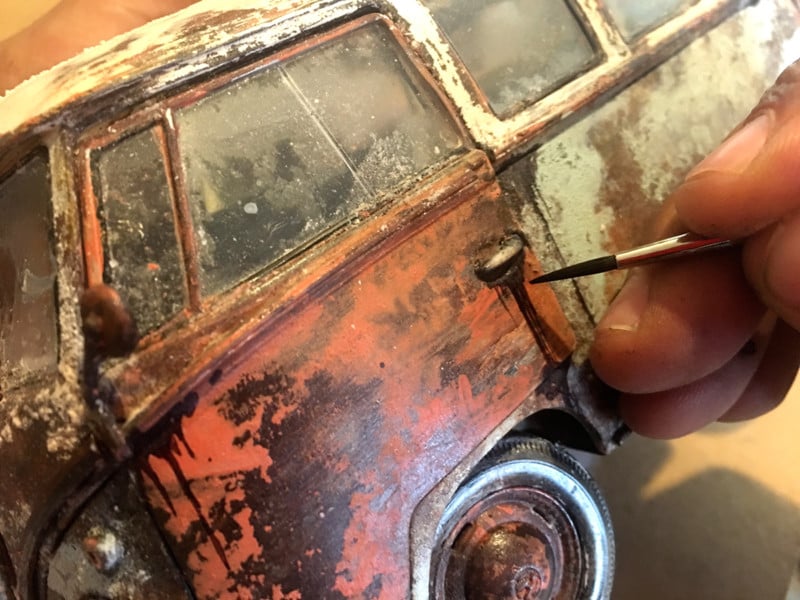 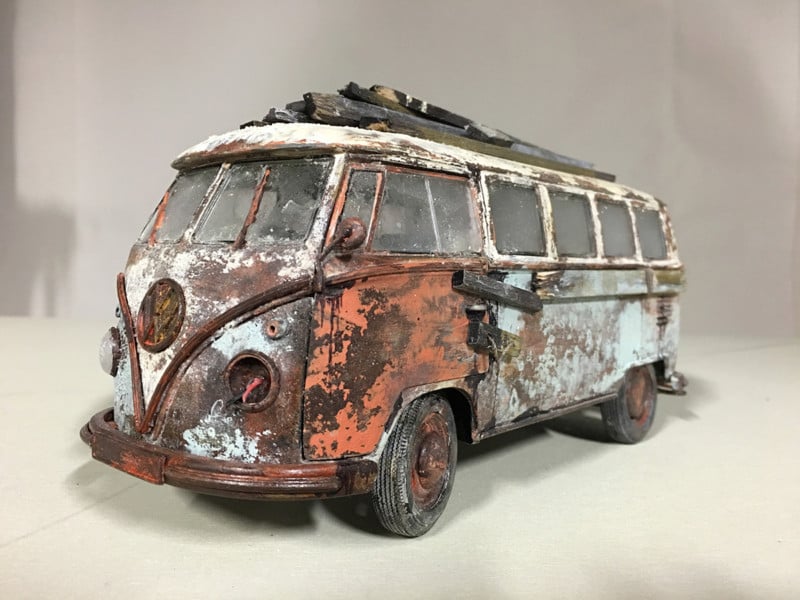 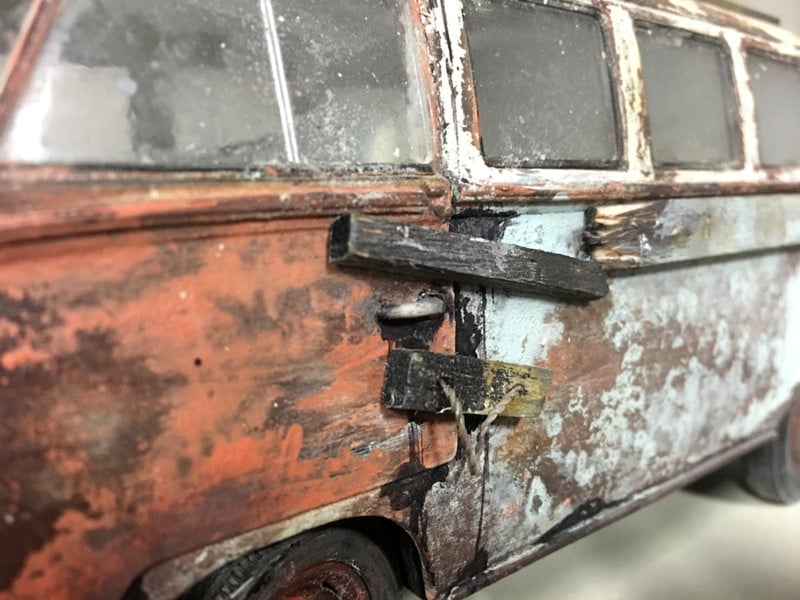