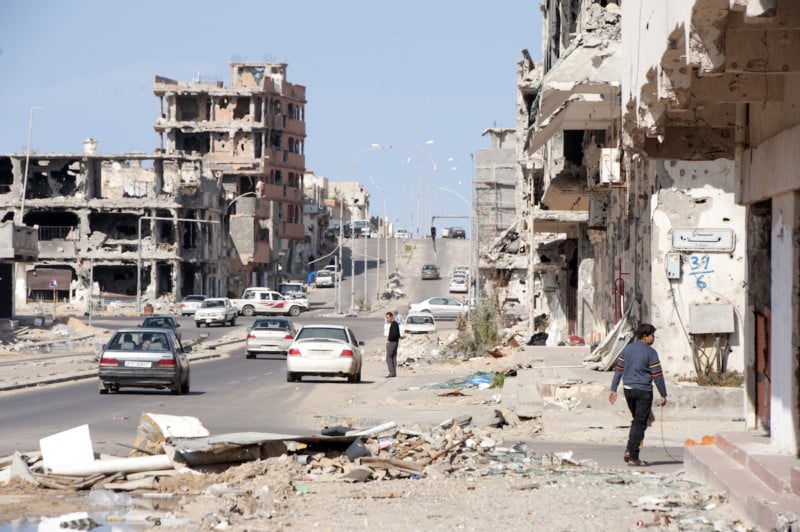 “I’m devastated,” wrote World Press Photo Managing Director Lars Boering yesterday upon hearing that talented Dutch photojournalist Jeroen Oerlemans had been killed in Libya. “Again we lose one of the best and we also lose a very nice human being.”

These words, posted to social media, echo the sentiment of every photographer and photojournalist. Again we lose one of the best…

Oerlemans was shot in the chest by a sniper while covering a government-backed offensive against ISIS in the city of Sirte, 280 miles east of Tripoli. Since the news broke, hundreds of colleagues, admirers, and friends have taken to social media to share condolences and remember the photojournalist’s work.

Very upset to learn that the photographer Jeroen Oerlemans was killed in Libya. A wonderful person, too briefly acquainted. Remember him.

He survived kidnapping (w/ Cantlie) by Absi's group, an ISIS pre-curser west of Aleppo, in 2012. Now killed by ISIS in Libya. So sad. RIP. https://t.co/SHncczsDEo

Tears and despair. We lost Jeroen Oerlemans yesterday by sniper fire while I was working with him. My heart is with his family

Devastated to learn Jeroen Oerlemans was killed in Libya https://t.co/gGiFMWg7Wt Our thoughts are with his family and friends. #pressfreedom

Heartbreaking news about the death of photographer Jeroen Oerlemans, killed in Libya. Only the best. RIP Jeroen. https://t.co/8Ic42EhWrA

Jeroen Oerlemans: Rest in Peace
Your photographs of #Sirte #Libya and other places will live on forever. Condolences to all who loved him. pic.twitter.com/4VHISL5Dd7

Rest in peace Jeroen Oerlemans.. thank you for shining your light on the misery of others ??✨ #Sirte

So so horrible and sad to hear about Jeroen Oerlemans, such a talented photographer but above all an amazing human being, rip jeroen

The 45-year-old photojournalist was kidnapped and wounded by ISIS in Syria in 2012 with friend and colleague John Cantlie, but was released a week later. Despite this experience, Oerlemans didn’t skip a beat. A seasoned photojournalist, he covered wars in Afghanistan, Syria, and Libya, and recently photographed the plight of migrants attempting to reach Europe.

“Oerlemans is a journalist who kept going where others stopped. Driven to put the news into pictures in the world’s hotspots,” said Dutch foreign minister Bert Koenders in a statement. “It is profoundly sad that he has now paid the ultimate price for this.”

Oerlemans is survived by his wife and three small children. He was scheduled to return home today.

How to Up Your Instagram Game, 16 Tips from Chris Burkard (2M Followers)