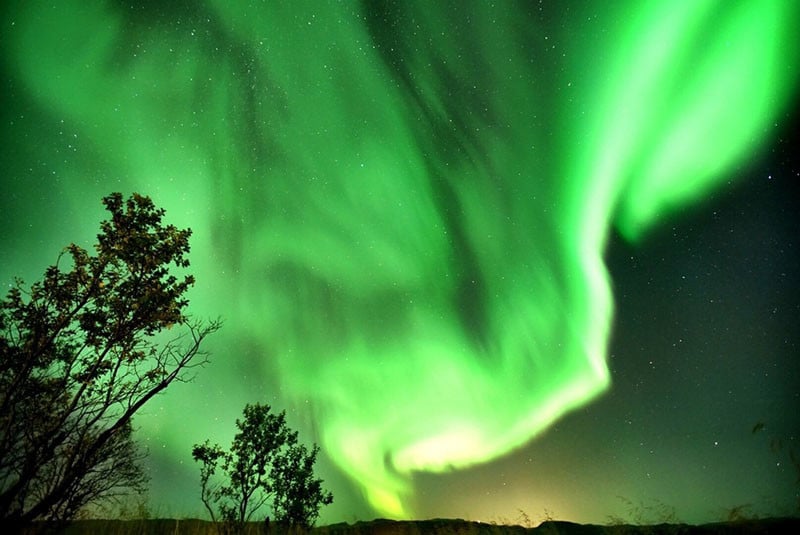 The photograph above was captured by Dominic Smith, video producer for the Boston Globe.

“It was a particularly strong aurora,” Smith tells PetaPixel. “Watching it dance around was breath taking, and I really don’t think the photos do it justice.”

“To the naked eye it was less bright and the green wasn’t as vivid, and for some reason the camera rendered the greens extra saturated,” Smith says. “I didn’t play with these in Lightroom at all because I’m still traveling and didn’t pack a laptop.”

Photographer Herbert Herbertsson captured a wonderful shot of the aurora glowing over a car: 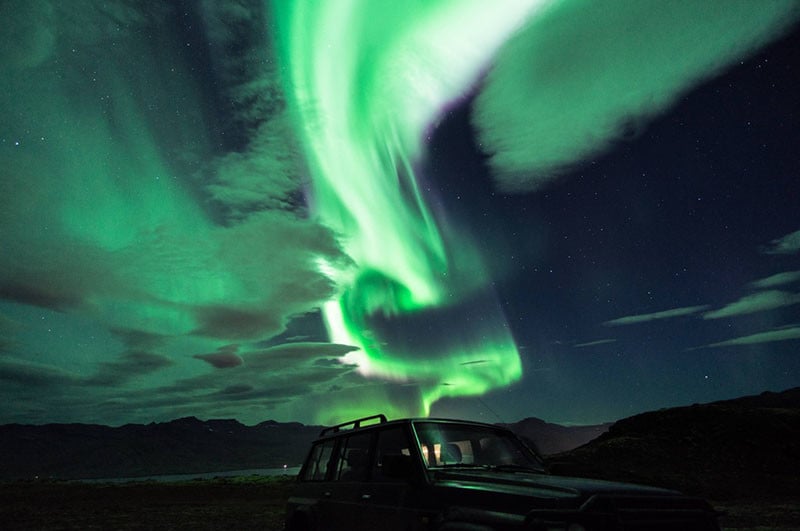 Herbertsson traveled off-road with his brother up a mountain at Viðfjörður, setting up his Sony NEX-6 camera and his Rokinon 12mm f/2 lens at the top.

“The sky literally exploded,” Herbertsson tells PetaPixel. “I took as many pictures as I could and tried to move the tripod about the area to capture as much of the sky as possible.”

With his lens’ focus set at infinity, Herbertsson shot the above image with a 5-second exposure at ISO 400 at f/2.

The aurora display was so brilliant that streetlights across Iceland’s capital, Reykjavik, were switched off for an hour starting at 10 p.m. on Wednesday so that residents could have a better view with less light pollution. Photos of the view there soon began appearing on Instagram:

We’re entering some of the best times of the year to get good glimpses of aurora activity, so if Northern and/or Southern Lights are on your bucket list of things to photograph, you might want to think about booking tickets to countries near the Earth’s poles soon.