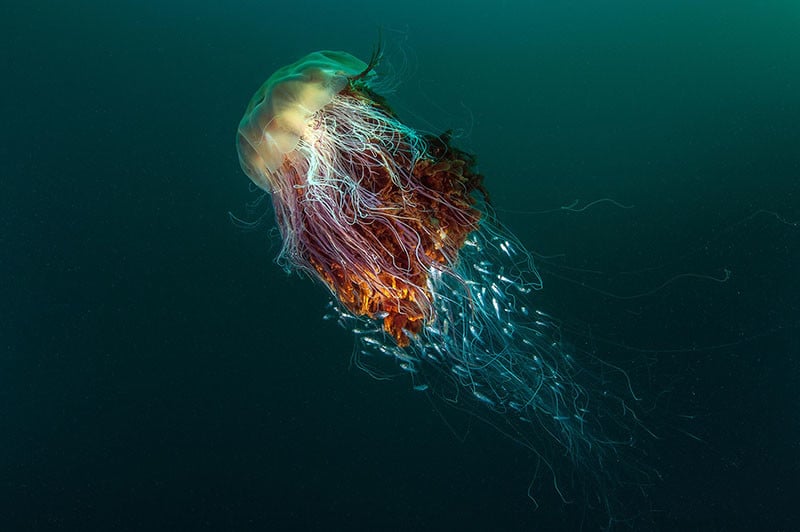 The British Wildlife Photography Awards have announced the winning photographs for the 2016 contest. Photographer George Stoyle took the top prize for the photo above, titled “Hitchhikers,” which shows young fish taking refuge inside the stinging tentacles of a lion’s mane jellyfish.

“I was working for Scottish Natural Heritage on a project to assess the current biological status of major sea caves around some of the UK’s most remote islands,” Stoyle says of his dive off the island of Hirta, Scotland. “At the end of one of the dives I was swimming back to the boat when I came face to ‘face’ with the largest jellyfish I’d ever encountered.”

Here are some more of the winning photos that won first prize from among the thousands of entries received across 15 categories:

You can find a larger gallery of all the winning photos on the BWPA website.

My Ever-Evolving Workflow as a Music Photographer on Tour