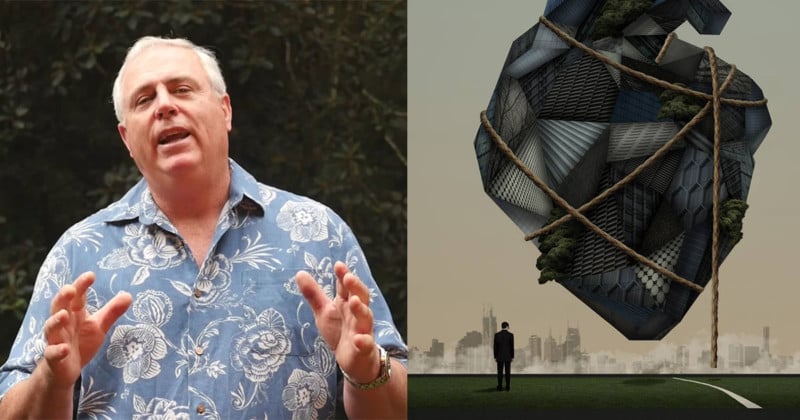 What’s the place of digitally manipulated photo illustrations in the world of photography? The age-old discussion was rekindled this week after renowned Australian landscape photographer Ken Duncan spoke out, saying the Australian Professional Photography Awards (APPA) have been “hijacked by manipulators.”

Duncan posted his thoughts in a post on his Facebook page, and APPA awards chair Rocco Ancora soon responded in a statement given to PetaPixel.

The next day, Ancora again weighed in on the debate in a conversation that was livestreamed on Facebook with the Australian Institute of Professional Photography (AIPP):

Duncan’s original comments were sparked by photographer Lisa Saad winning this year’s prestigious contest with a series of photo illustrations submitted to the Advertising category. Here’s one of the winning images:

“When [the judges] analyze each submission, it’s not about the amount of Photoshop that’s used. It’s beyond that,” Ancora says. “It’s about the image. It’s about the level of creativity. It’s about whether an image moves you or not, regardless of whether Photoshop was used — it’s irrelevant.”

Back in 2015, photographer Ken Duncan’s views on this subject led him to create his own Real Photo Awards, which is specifically geared toward “photo realism.”

“I believe it’s important to recognise the existance of two very different forms of photography and make a clear distinction between them,” Duncan writes. “I separate these two diverse photographic styles by referring to them as Photo Realism and Photo Illustration.”

“Both artistic forms are legitimate – both require creativity and skill – and I personally like some of the digital creations,” he continues. “However, each has a different place in the market – and in the hearts and minds of consumers.”

For top photo contests that don’t crown winners for realism and illustration as two separate categories, having a photo illustration win the top prize necessarily means that “photo realism” photographers are left out.

How Phantom Ultra-Slow-Mo Cameras Are Made