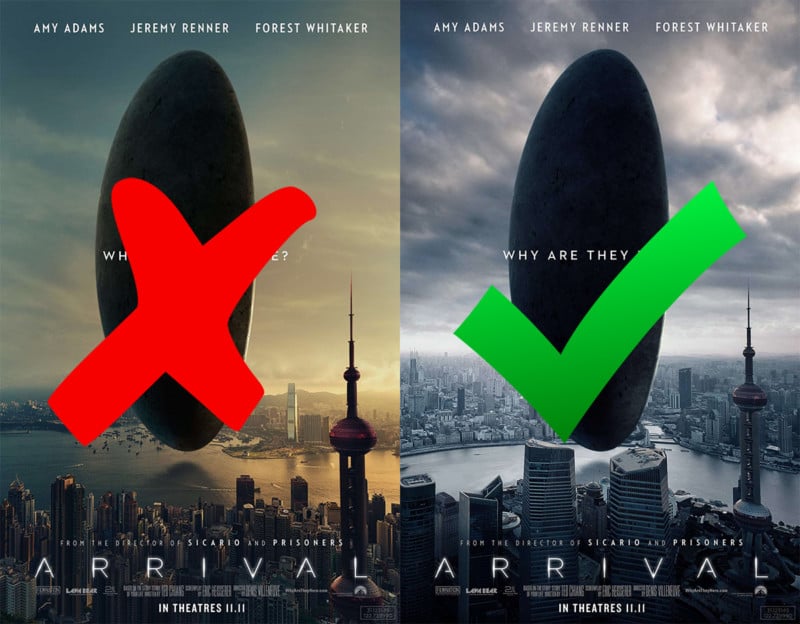 Oops. The upcoming Hollywood blockbuster “Arrival” starring Amy Adams and Jeremy Renner is getting some unwanted attention this week. Nobody is talking about the plot or the CGI or the actors, instead they’re talking about the big fat Photoshop fail they made in one of their movie posters.

The poster—which has since been removed and replaced with a corrected version—showed a big flying almond thing descending on Hong Kong… well, not entirely. Right in the front of the poster, to the right of the extraterrestrial almond, is a building you might recognize: Shanghai’s Pearl Tower. 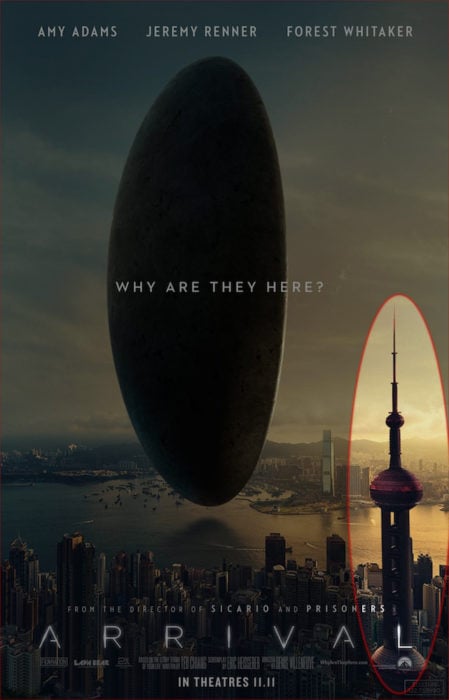 The Internet doesn’t take kindly to mistakes like this, but people reacted with particular ire this time around because of a real or imagined political motive.

As DigitalRev points out, Hong Kong, a “special administrative region” of China, and the mainland have had a rather rocky relationship lately. Shanghai is China’s biggest city. Given these two facts, you might understand why Hong Kong residents didn’t take kindly to someone Photoshopping a mainland Chinese landmark into the Hong Kong skyline.

The online outrage was serious enough that the Arrival marketing team had to do some quick damage control. Less than 24 hours after the poster was released, it was deleted from all of their social media accounts and replaced with the “corrected” version below.

The Arrival Twitter also posted an apology, claiming the mistake was the fault “a 3rd party vendor.” 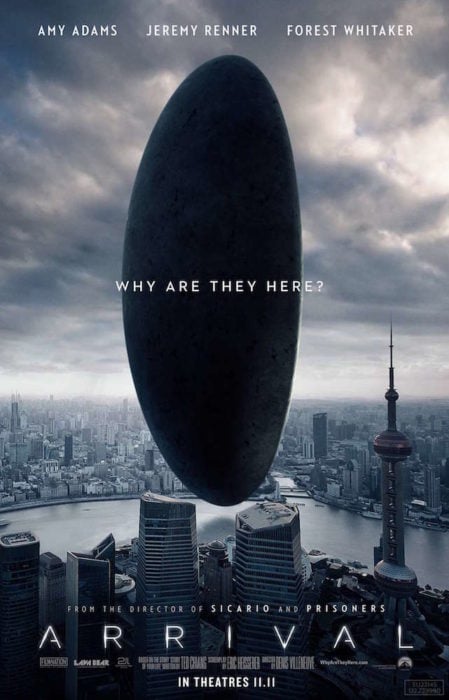 An error was made in an "Arrival" poster by a 3rd party vendor. It's been corrected and we are disappointed we didn't catch the error.

Reaction to the fix has been mixed, with some maintaining a sarcastic or angry tone:

@arrivalmovie no worries just remove every single #HK scenes from the film, go ahead and blow #Shanghai up.

And others being a touch more forgiving.

@arrivalmovie No worries!, thank you for clarifying. I haven't been this excited for a Sci-fi movie in a while. ??

Whether or not this was a mistake is anybody’s guess, but one thing’s for sure: it’s generated some buzz for the movie. All press is good press, right?

Taking Pictures Without a Camera: The World of Scanner Photography