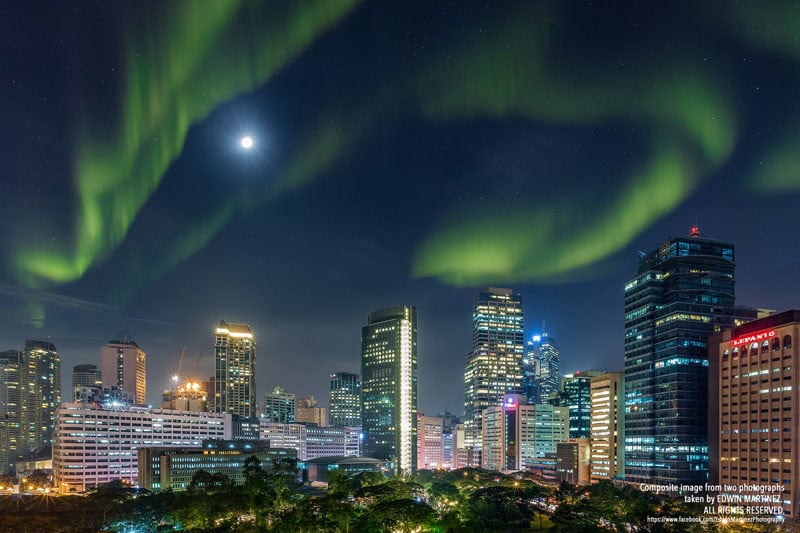 An aurora borealis, sometimes referred to as a polar light, is a natural light display in the sky, predominantly seen in the high latitude regions near the Arctic Circle.

It is one of the most impressive atmospheric displays with colors of green, purple and sometimes red dancing across the skies. It can be seen both in the Northern and Southern Hemispheres (but the Northern Hemisphere with more accessibility). It is often visible in Norway, Sweden, some parts of the US and Canada.

I have been photographing the aurora borealis since 2013, going to places such as Lofoten in Norway, Iceland and Canada, where the displays are most impressive during maximum solar activity. I was able to photograph the strongest levels last year at level 8 and 9. Most people have made this phenomenon as one of their bucket list to see.

But what if the Northern lights were visible in other parts of the world? Like my country, the Philippines? I imagined the aurora borealis dancing across my country’s metro cities and places like Boracay and Mayon Volcano. That’s how the concept behind my latest project was conceived — to show what these views would be like using composited photos.

These are composite images from two photographs, which I took. Most of the aurora borealis photos were taken in Iceland and Norway, while the other images are from my commercial work from the Philippines. 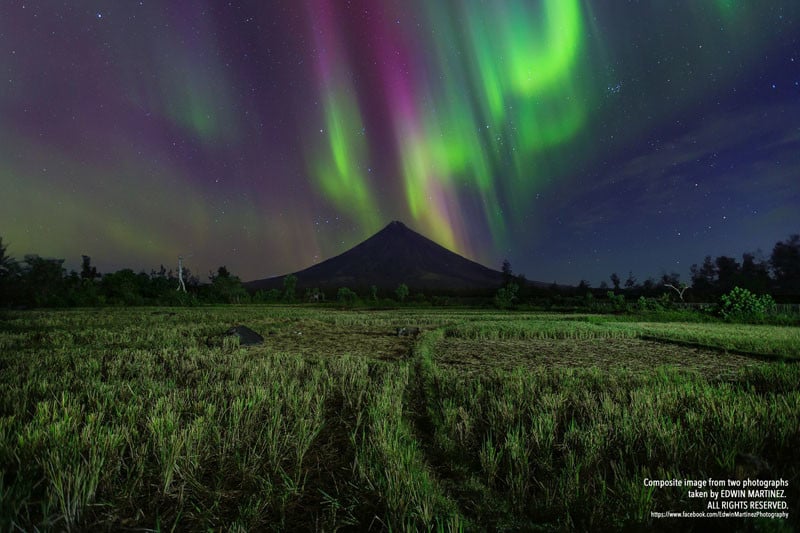 About the author: Edwin Martinez is considered to be one of the premiere landscape photographers in the Philippines. He’s a Canon Philippines Brand Ambassador who travels the world in search of new images. You can find more of his work on 500px and Facebook.

Exploring a Gorgeous Abandoned Castle… and Getting Caught