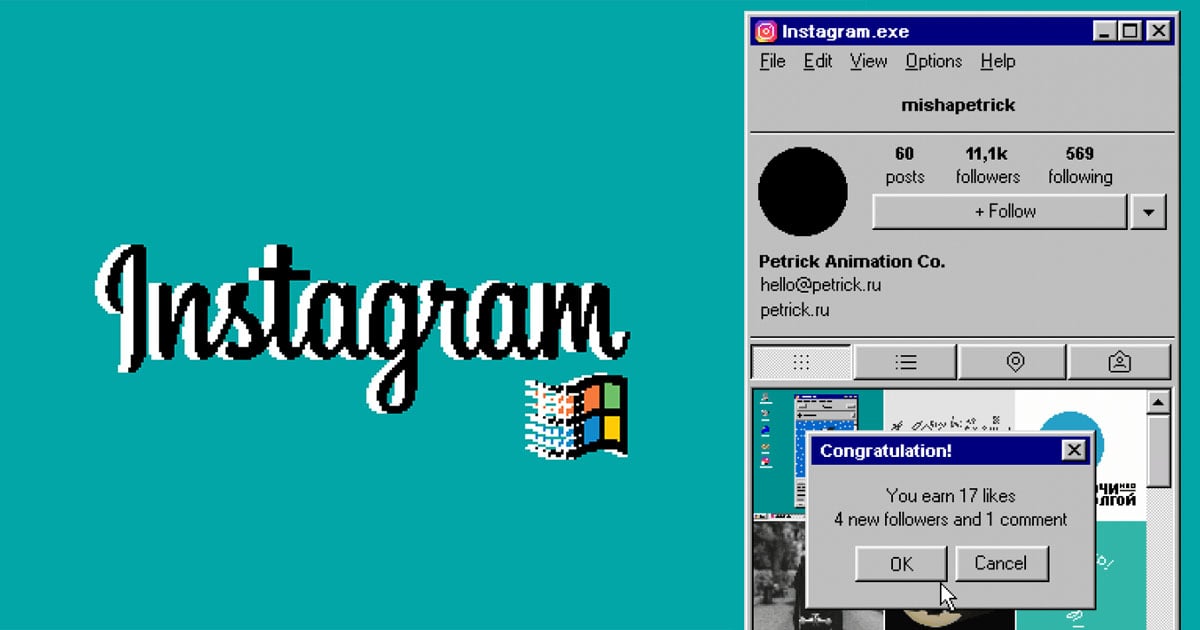 What if Instagram had launched over 20 years ago, and instead of being an iPhone app it had been a Windows 95 .exe program? Russian designer Misha Petrick decided to find out.

Petrick created mockup animations that show what Instagram would look like if it were confined to the GUI of the early Microsoft operating system. Here’s what the logo might look like animated over the default teal background:

Selecting a photo filter for your shot:

Getting notified about new likes and comments:

Scrolling through a user’s stream of photos:

Here’s a short video that shows Instagram for Windows 95 “in action”:

As you can see, the app definitely wouldn’t be as smooth and sleek as it is today. But “retro” aesthetics always seem to make a comeback, so who knows? Maybe what we’re actually looking at here is a sneak peek for a “retro” version of Instagram that will be released in the future.

(via designboom via Gizmodo)

How I Post-Process Hard Light and Overwhelming Tones

How the Fujifilm X-Pro2 Was Designed for ‘Decisive Usability’