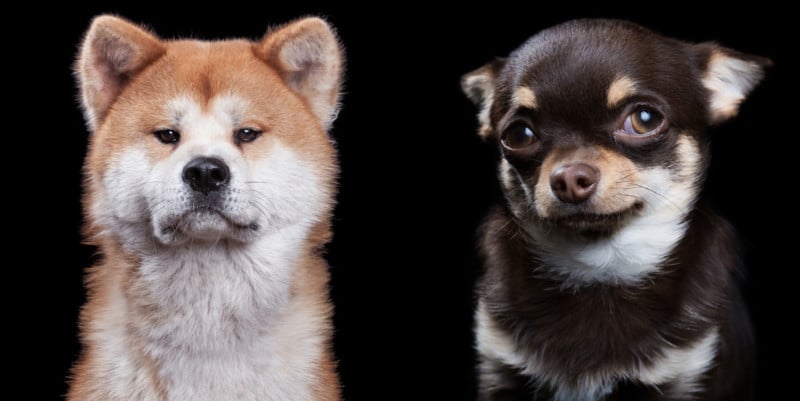 In January 2016 I launched a successful Kickstarter campaign to get my first book, Animal Soul, printed. Here I will share ten things I learned that could perhaps be valuable for those wanting to follow this path.

1. Fully Funded is Not the Same as Successful

Success in Kickstarter is not measured by if you are fully funded, for that is only part of the process. In order to host a truly successful campaign, you need to fulfill each of the following.

When your project is fully funded, you have a responsibility to your backers to meet all the claims you made throughout your campaign. If this is your first time publishing a book, I would recommend allotting yourself an extra 2–3 months ahead of your bona fide timeline estimate. There will ALWAYS be unexpected setbacks. As Victor Hugo once wrote, and I paraphrase, “foresee the unforeseen”.

Kickstarter is not a shop. Backers know this. They are not buying readymade products. The Kickstarter community exists to support individuals who are going against the grain. Most people hosting a Kickstarter campaign are new to whatever it is they are trying, so trouble will always be over the horizon. Be as clear as you can with your audience about the hurdles you foresee and how you plan to overcome them.

If problems that you hadn’t even considered show up, update your backers and explain your plan to approach the problem. I was very hands-on with Animal Soul, and as a result most of the reviews of the campaign explained how the backers felt as though they were a totally up-to-date and informed part of the project, as opposed to simply being the consumer.

The more honest and transparent you are about the project, the better the project is likely to fare. If you plan to host subsequent crowdfunding campaigns in the future your reviews will be scrutinized. Showing that you made good on your promises goes a long way.

3. Launch in January or February

Host it early in the year. I found some research that concludes that Kickstarter hosts the fewest amount of projects right after the winter holidays. There may be less traffic on the site but there is far less competition. Trust me, this can make all the difference.

4. The Inside Track to Free Press on Major Websites

Getting the buzz going about your crowdfunding campaign is the next step to reaching your funding goal.

When pitching a book project to traditional publishers and literary agents, you are often required to submit a proposal. In the proposal there should be a competitor analysis. Which books that have already been published will you be sharing a market with? Which artists have been producing similar photos to the ones you are doing?

Once you have established who your competition is, find out who wrote about it. For example, there were about 5 books and another 10 artists whom Animal Soul would share a slice of the market with. I had a very simple search strategy, which went as follows:

Or if I plug in the variables for an example:

“The Guardian Seth Casteel dogs underwater” or “MyModernMet dog portraits” and so on.

The search results will then yield articles published by a particular website about your competition. Go through these pages and find out who wrote the articles. Most of the time there is a credited author to each article.

Next step is to research some company email formats. Try to find out which format the site of your choice uses. This information is generally not public, so I am not able to share my findings for all the major sites, however the following formats are common:

With the right format in mind, plug in the name of the person who wrote that article and ask if they would be interested in running a story about your work. After all, journalists and reporters make a living off of generating content, so you’re not doing anybody a disservice if you legitimately feel your material is worth writing about.

I got about a 65% response rate from these, which yielded ultimately about a 30% chance in a published article on a big website, per email I sent. Check out where I’ve been published here, to see that this actually works.

5. Prepare the Book Before the Campaign

If you haven’t self-published before, I would recommend lining up all your affairs before venturing into the crowdfunding platforms. If you are simply trying to finance a book, make sure you have at least 95% done, so that your campaign is essentially a pre-order campaign. This helps your campaign run as smoothly as possible.

However, disregard this if your campaign also needs to fund the actual process of making the photos for the book.

6. Commit to a Printer

Finding the right printer is the first step I would take to figuring out my funding goal, once the digital production of the book is reaching its final stages. You can either research and find a local offset printer, or you could get in touch with authors who have published similar books as yours and either ask where they printed their book, or just take a look in their book. Most of the time the printer is reported.

This will give you a good idea of the type of books a printer is able to produce. The primary reason for getting the printer beforehand is that you will have an accurate estimate for the brunt of your funding goal.

I can’t stress this enough. If you’re new to crowdfunding and self publishing, THIS will be your biggest hurdle. It will take longer than you expect, sturdy and safe shipping boxes that fit your book will be hard to find, shipping carriers will charge more for international shipping than you expect.

Figure out exactly what shipping is going to cost you, and then add at least 30% of that on top of your projected costs for your funding goal. This will hopefully cover your bases. The private shipping companies just aren’t feasible if you want to keep the shipping cost down.

If you’re doing a photo book, as nice as it is do it your way, I would recommend getting a market sample audience made up of friends and family.

What does this mean? I arranged a group of friends and essentially ran a slideshow of potential page choices, potential successive page choices, and simply just photos that haven’t been put on the page yet. I would give each of them a scorecard with a 1–10 rating system. At the end I’d process the data and draw up some statistically validated conclusions (the more friends you bring, the more accurate your sample, naturally).

Publishers often have focus groups to get an indication about how the book will be received. This really paid off for me.

There are people out there who want to have a significant impact on your project. They are few and far between but they do exist. Offering a perk that may seem outrageous to most could just make or break your campaign. It made mine.

I put up the option to photograph somebody’s animal anywhere in the world. A generous benefactor in Jordan chose this option and had me fly over to photograph their beautiful cat.

10. Be Hands-On With Your Backers

Backers are people who have decided to trust the claims you’re making and have gone ahead and put their money on the line. Kickstarter offers no guarantees that they will ever see a product, but they are excited about your work and want to help. Reward this trust with being hands-on. Be thankful, be appreciative and answer in a timely manner.

From all the books I sent out, about 15 packages arrived damaged or didn’t arrive at all. Although this is not my responsibility per se, it is important to make it so. I sent all these people new copies, because luckily I had expected a number of unforeseen expenses when setting my funding estimate.

About the author: Robert Bahou is an Amsterdam-based photographer and the creator of the popular self-published photo book Animal Soul. You can find more of his work on his website, Facebook, and Instagram. This post was also published here.

How to Turn a Boring Vacation Photo Into Something Awesome