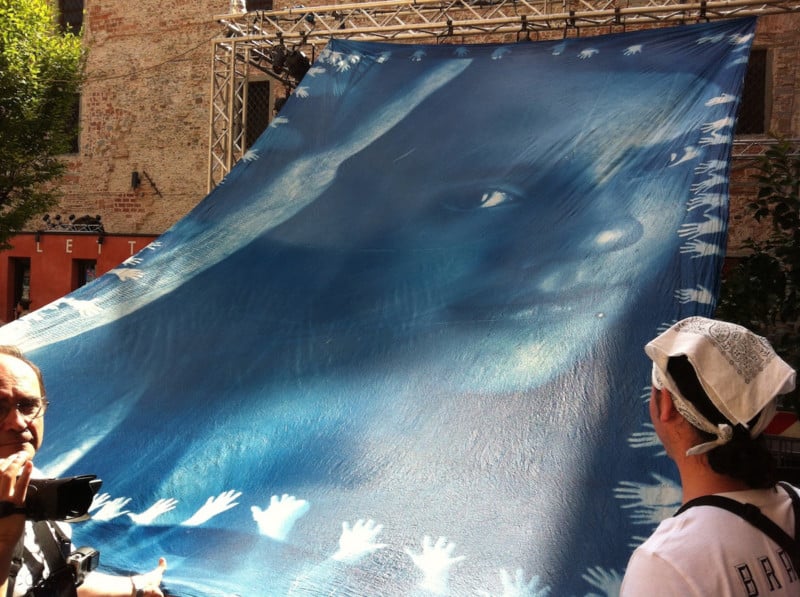 An Italian experimental photography group has set a new world record. Using a 24 square meter negative, a canvas of the same size, and 12 minutes and 30 seconds of exposure courtesy of the sun, they created the world’s largest cyanotype contact print.


The group is called Branco Ottico, and they’re a collection of professional photographers, printers, and artists determined to “break up the unnecessary cultural and artistic barriers of the contemporary photographic era based on means, fashions, and 5 seconds of social fame.” This project, undertaken in September of 2015 during the Phototrace event in Florence, Italy represents just that.

They chose cyanotype because, given the sheer size of this print, anything else would have been cost prohibitive. The cyanotype salts used to sensitize the 24 square meter canvas were, relatively speaking, affordable. 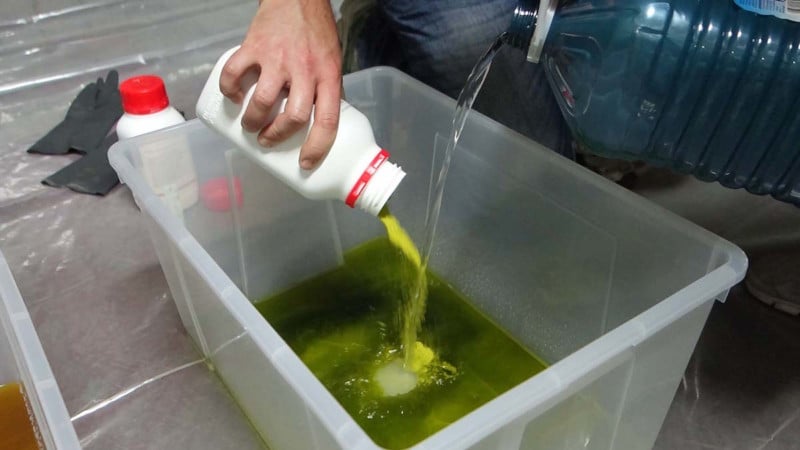 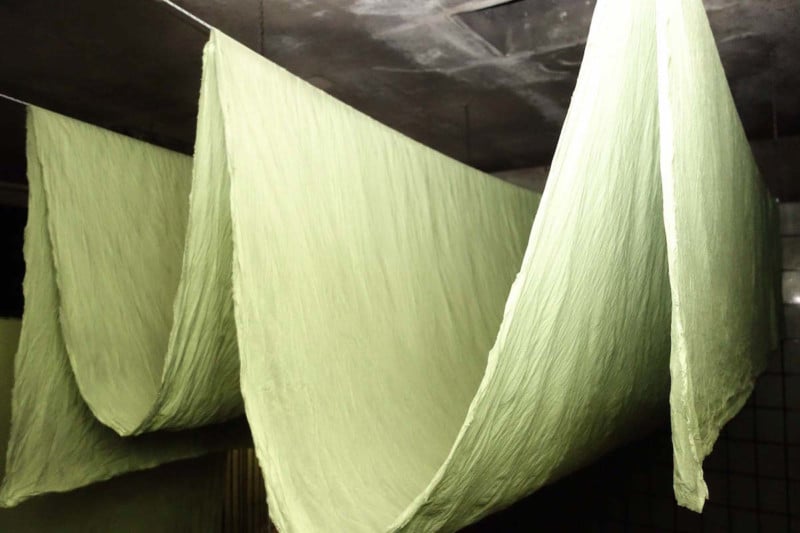 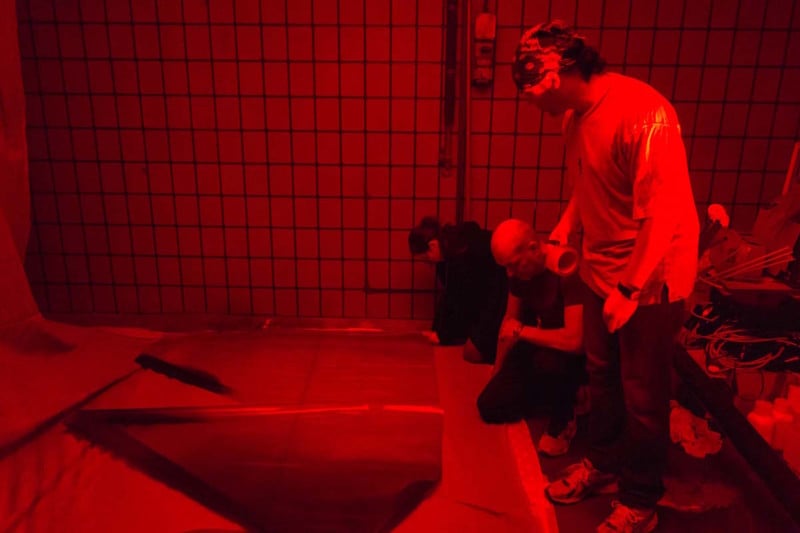 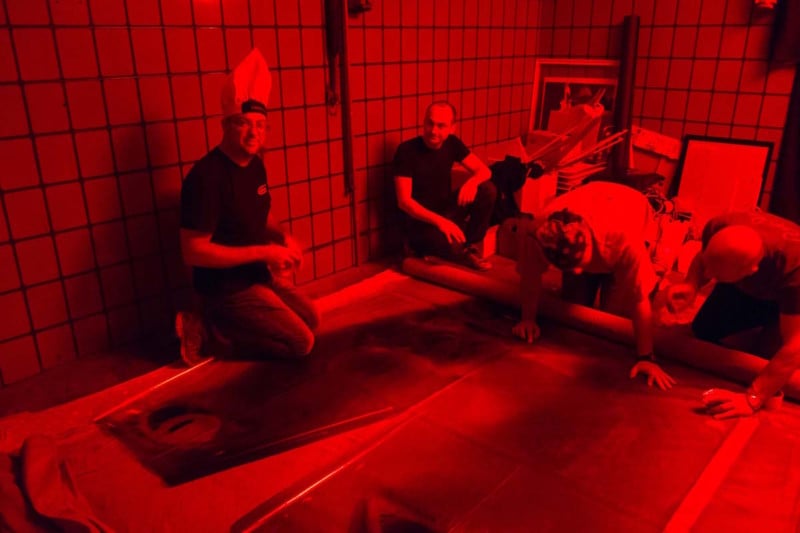 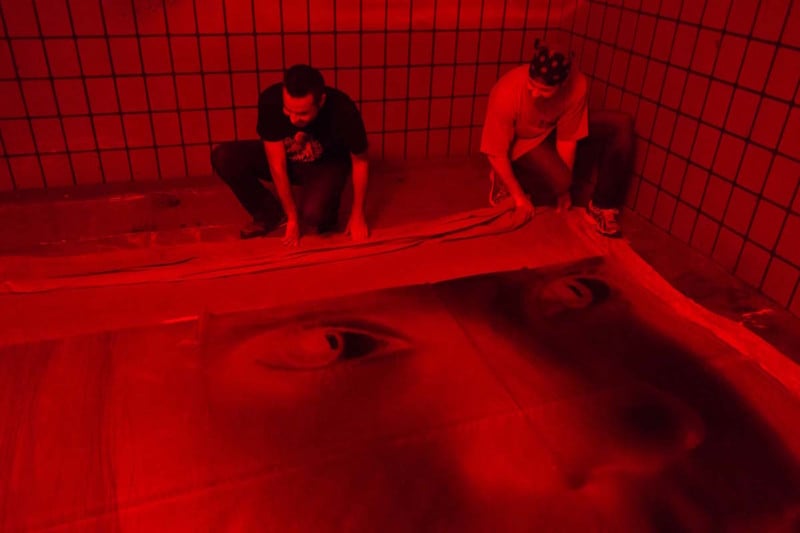 Once the 24 square meter photographic negative and light-sensitized canvas were both ready, they wrapped it up in several layers to ensure no light leak and carried it out to the square where they would be creating their print.

This was the real moment of truth… or rather, the real twelve minutes and thirty seconds of truth.

Enlisting the help of strangers walking around Phototrace, they quickly unrolled the negative/canvas, asking the participants to place their hands around the edges and hold the print taut while simultaneously leaving their own mark on the print itself.

“The idea of letting people leave their sign all around the picture with their hands was born during the design phase and we thought it was essential for the brotherhood message,” writes Branco Ottico. “The participants put their hands on the print ant the sunlight made the rest.” 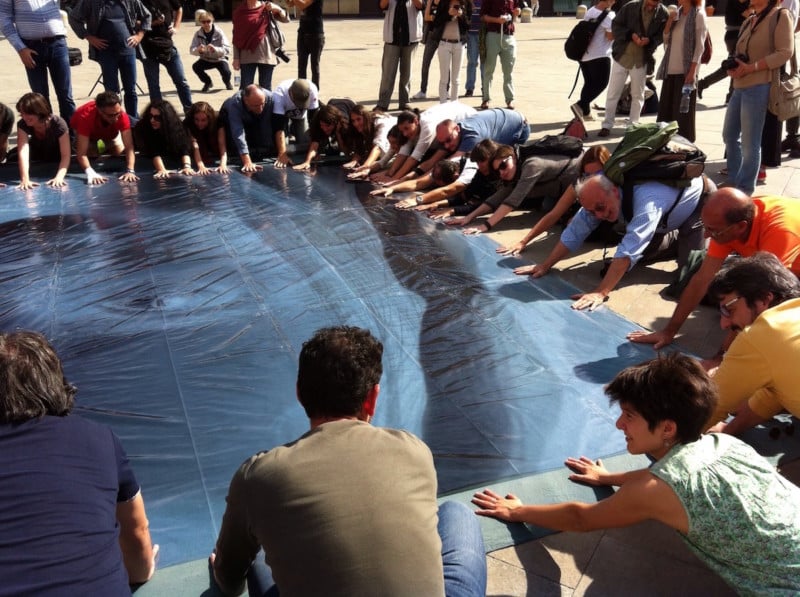 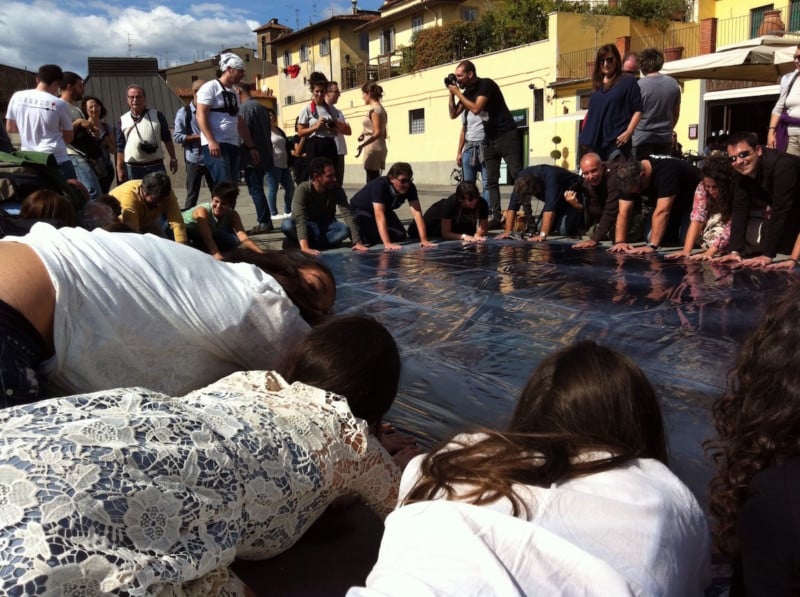 Once the almost 13 minutes of exposure was done, the quickly stripped the negative off the canvas, packed it up in a trash bag, and ran to wash and “fix” the final image.

As they explain in the video, up to this point, there was no guarantee this would work. Would all of this prep and 13 minutes of making strangers kneel on the pavement yield the results they were hoping for? As they unfurled the final cyanotype print, the answer was revealed and everybody breathed a sigh of relief. 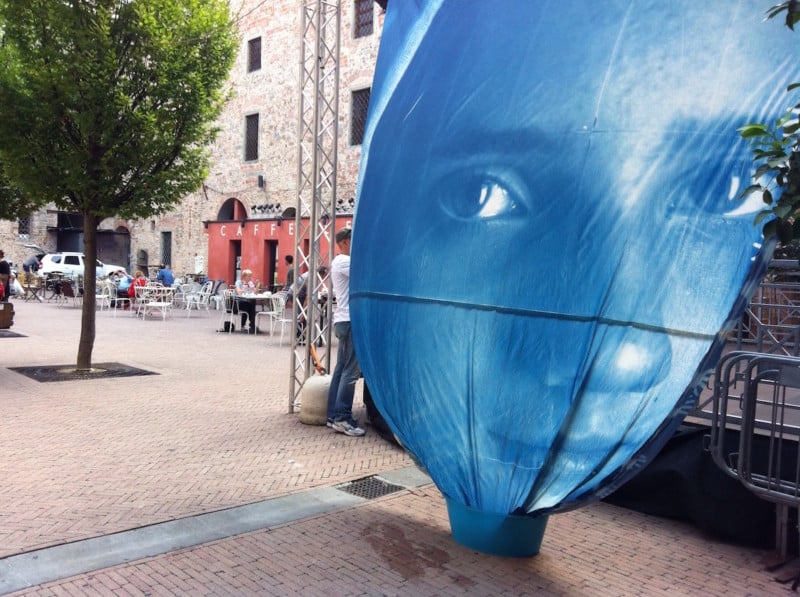 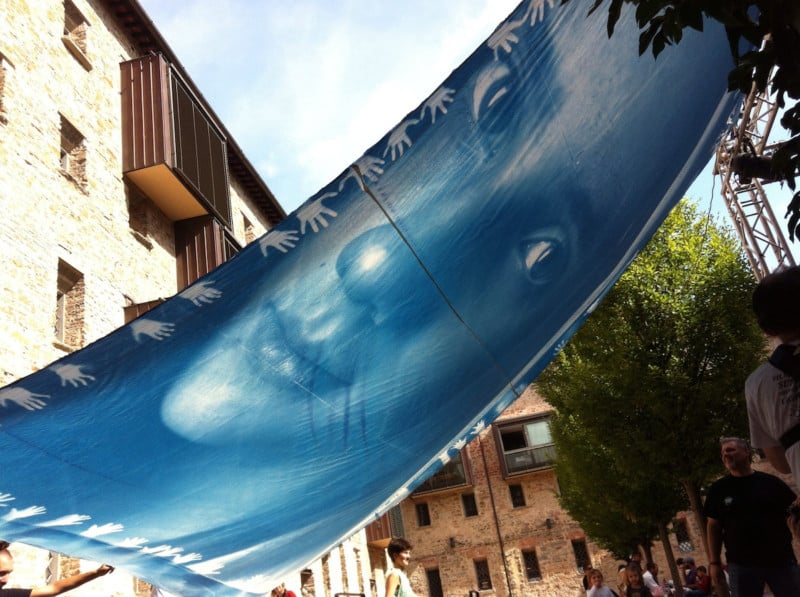 There it was, hanging over the stage to dry out after being washed, waving and increasingly full of blue, like a piece of heaven to touch.

As live photography projects go, we have to say this impressed us. To learn more about Branco Ottico and see what they pull off next, head over to the group’s website or give them a follow on Facebook and Instagram.

And if you haven’t had enough of massive photography experiments, watch a photographer create the world’s largest negative here.