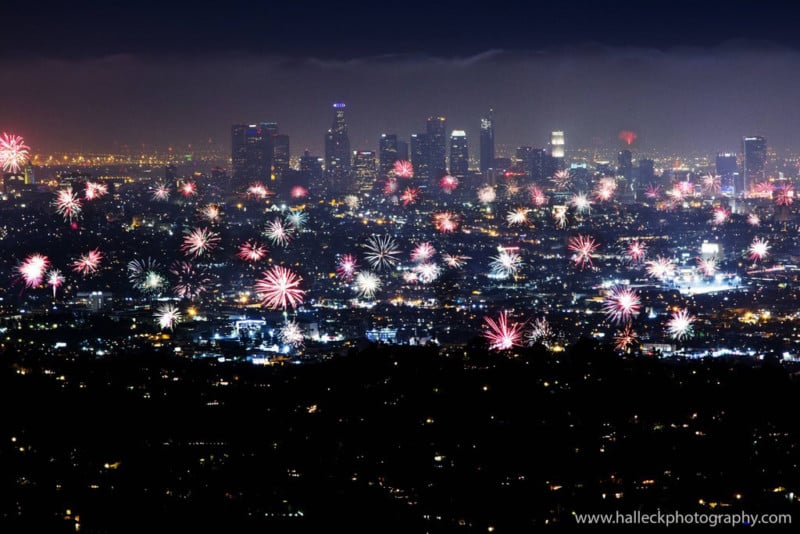 This photo of July 4th celebrations in Los Angeles shows 10 minutes worth of fireworks compressed into a single photo.

To create the shot, photographers Evan Halleck and Andrew Harless first hiked up to a place called the Wisdom Tree in Griffith Park. From that vantage point, the duo set up two cameras and had them firing off 4-second exposures at 5-second intervals over the course of 2 to 3 hours.

“When I was going through all the photos in post it occurred to me how fun it would look to image stack them all together,” Halleck tells PetaPixel.

He opened up 46 of the photos in Photoshop, selected all the prominent fireworks that he liked, and then overlaid them into a single frame.

The duo also created a time-lapse video of what they saw and captured that night:

“The funny thing about this photo as well is that 95 percent of these fireworks are all illegal in California,” Halleck says. You can find more of his work on Facebook and Instagram.

Image credits: Photograph by Evan Halleck and Andrew Harless and used with permission

Photographer Bruce Gilden is Selling a T-Shirt with F-bombs