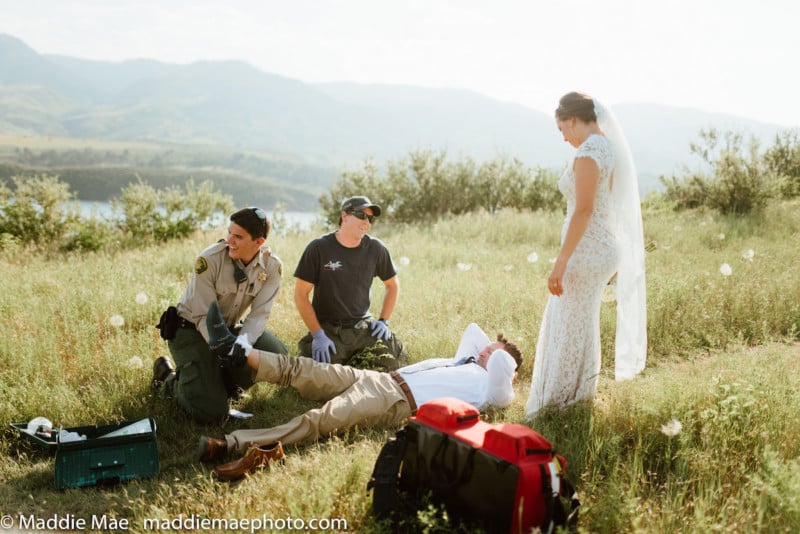 What do you do when the groom gets bit by a rattlesnake during your pre-reception photoshoot? You keep shooting of course! At least that’s what you do if you’re Colorado-based adventure wedding photographer Maddie Mae.

By Mae’s standards, Laura and Johnny’s wedding was small potatoes. A simple shoot in her own home town of Fort Collins—no need to wade into chest-high water, or hike into a Costa Rican jungle, or climb a mountain like she usually does. That is, it was just a simple shoot… right up until the Johnny got bit by a rattlesnake.

“I never would have guessed that my only indoor church wedding this year, in my home town, would actually become the biggest adventure, and my craziest wedding story to date,” says Maddie. “While taking photos just about 50-feet from the parking lot up by Horsetooth Reservoir, in Fort Collins, CO a young rattlesnake jumped out onto the path and bit Johnny on the ankle while we were taking couple photos before the reception.”

The scene quickly went from this: But after alerting a park ranger that happen to be driving by (thankfully), Maddie did what photographers do best: she continued to shoot as they figured out what would happen next. 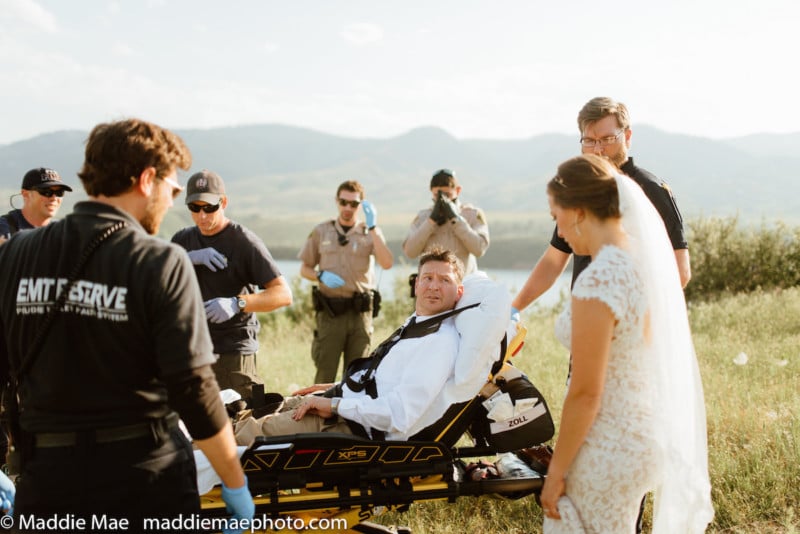 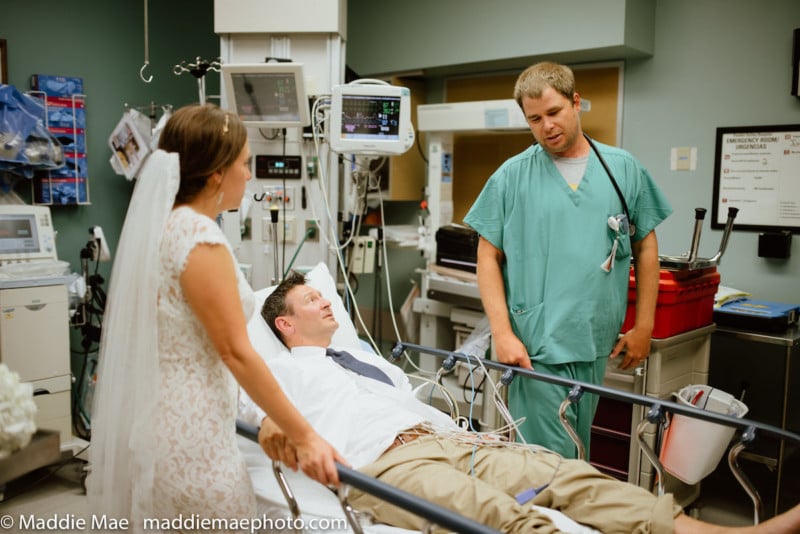 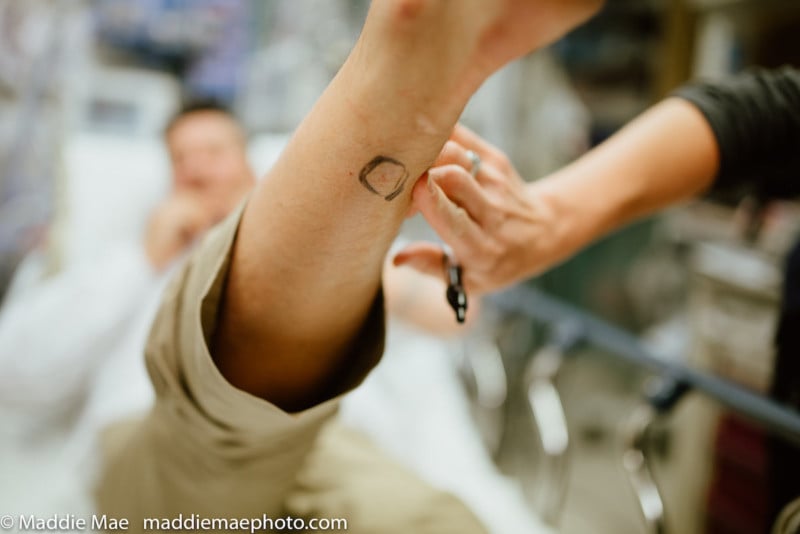 Fortunately the story has a happy ending. No venom was injected, and the ER staff pulled out all the stops to get Johnny and Laura back to their own wedding reception in record time:

“Johnny & Laura were back in my car, driving to their reception in less than 20 minutes. We arrived back at the reception, just 1-hour late.” Maddie told us. “I’ve never seen such a emotional ‘grand entrance’ as all 184 guests cheered when Johnny & Laura walked in, and showered them in a sea of passionate hugs. ” 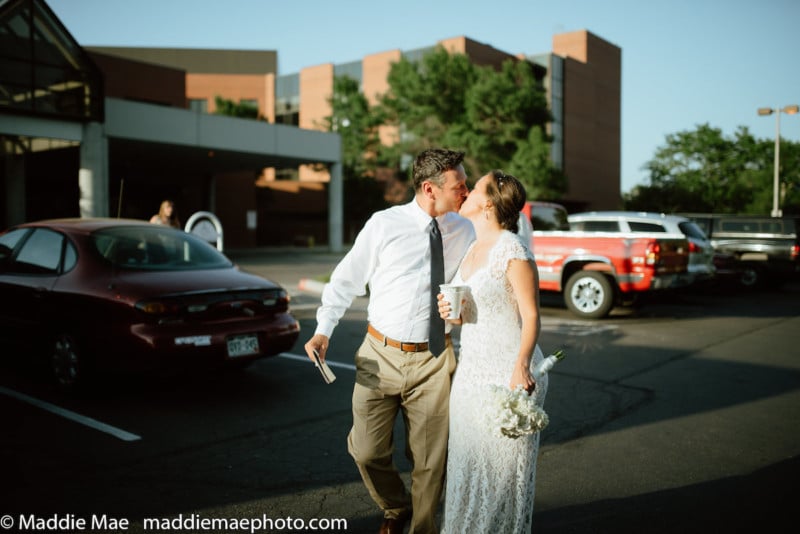 It might seem strange that Maddie kept shooting during such a stressful and clearly non-wedding-y moment, but that’s all Maddie says she really could do. “The whole situation was so surreal,” she told us. “I couldn’t really help in any way except continue to do my job and capture the story of their wedding day. I’m glad I got to tell their story!”

Oh, and the kicker? Earlier in the day, while taking group shots, the wedding party was joking about how someone was going to get bitten by a snake. Go figure. Here’s a picture of the snake that fulfilled that prophesy: Image credits: All photos by Maddie Mae Photography and used with permission.