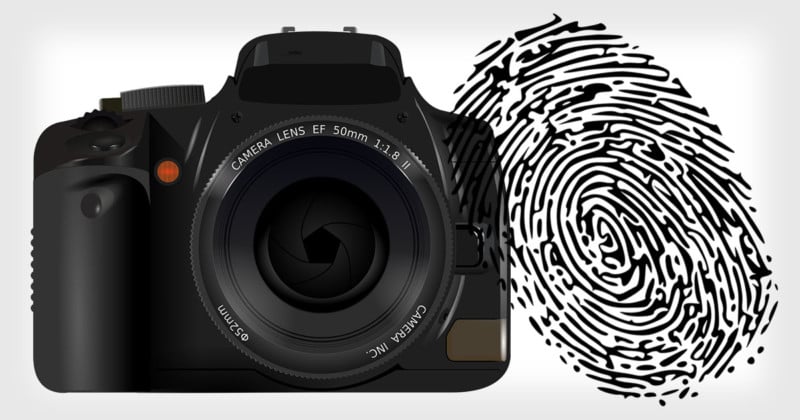 Examining fingerprints is one of the key techniques in forensics, allowing investigators to identify suspects and build a case against them. In the same way, checking “camera fingerprints” could soon be a major tool in helping photographers fight copyright infringement, and a project called ToothPic is working to make that happen.


Just as how no two fingerprints are ever exactly the same, the sensors inside two digital cameras contain extremely small differences as well, known as sensor pattern noise. These subtle pixel-level imperfections cause each camera to leave a unique fingerprint on every photo made with it.

In late 2015, Professor Enrico Magli at the Polytechnic University of Turin in Italy launched the ToothPic project with a grant from the EU — ToothPic is short for “Who Took This Picture.” He hopes to great a camera fingerprint database that can deal with illegal or unethical photo use, which is exploding online.

“What we do is really to make the fingerprint easily searchable and optimised to make it as fast as possible,” he tells Horizon.

While gathering and storing camera fingerprints from photos using to require great amounts of computing power and storage, new breakthroughs have made it both faster and more space efficient, making a large-scale database more doable.

Magli and his team are currently downloading 50 million photos from Flickr and crunching the data with 100 university computers for a proof-of-concept. Later this summer, he’s planning to launch a ToothPic demo: a simple web app that allows anyone to upload a photo and check it against ToothPic’s camera database.

Eventually, this technology could be built into Internet-wide image search engines — Google Images for example — allowing anyone to upload a photo and find other photos taken with the same camera. In addition to finding cases of copyright infringement, this system could also be used to hunt down stolen cameras.