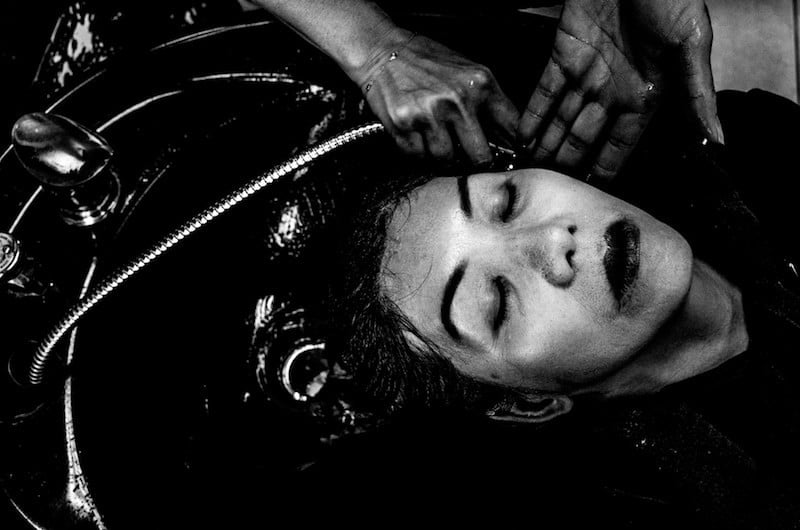 One of the most toxic feelings that a photographer (or human being) is to feel envy. Apparently envy is a trait that is deeply embedded in us, even as babies. But why is it that we feel envy, what are we envious about, and what can we do about it?

The Evolutionary Basis for Envy/Jealousy

First of all, realize that it is totally normal to feel envy (wishing you were in someone else’s spot) and also jealousy (fearing that someone else is going to take your spot). After all, it is a great human adaptation that has helped us survive through the millennia.

If humans didn’t feel envy, then we would probably be tossed from the gene pool. Survival of the fittest. Envy is probably what kept us from dying—if everyone else is eating that huge bison your entire tribe hunted except you, feeling envy will keep you from starving to death.

Envy is also what has helped keep human society in check. Without envy, no concept of “fairness” would have come about. A democratic state and concepts of “fairness” (unfortunately) are rooted in envy and jealousy.

However, in modern times, envy and jealousy mostly make us unhappy and miserable. And when it comes to photography, that’s most apparent on social media.

But the problem with playing the “social media game” is that is a treadmill. Psychologists call this the “hedonic treadmill” in which whenever we upgrade something—when we get a new house or car, or get a raise at our workplace—we feel only a brief spurt of happiness before we “baseline” back to the happiness we felt before. Therefore we constantly feel the need to “upgrade” more and more, to run faster and faster on the treadmill, just to keep on pace.

There is also a “social media treadmill” in which we constantly need more and more likes, comments, and external affirmation (via those little red hearts) to feel content with our photography and our progress. But no matter how many likes, comments, or followers you have, you will always want more and never be satisfied.

Why are we never satisfied? 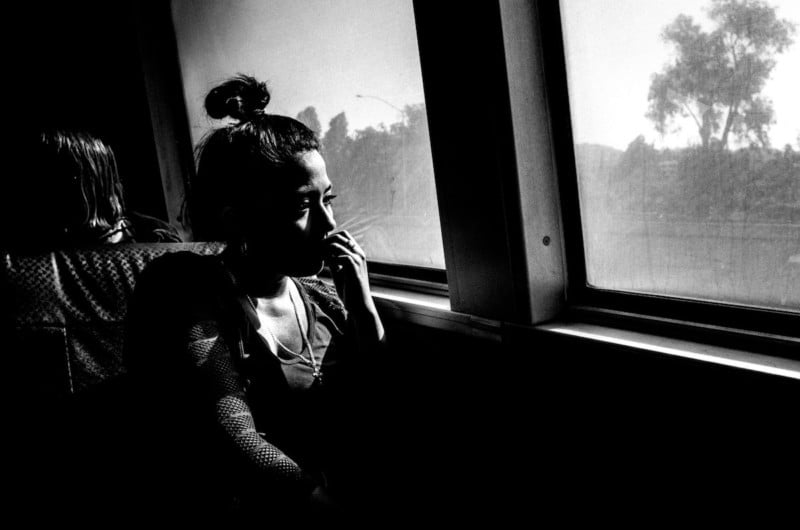 Like envy/jealousy, it makes sense that we have evolved to be constantly dissatisfied. Again, if we felt easily satisfied, we would have gone extinct a long time ago.

Our ancestors (hunter-gatherers and early agrarians) they were never satisfied with the amount of food they had, so they kept hunting and growing more crops (so they didn’t starve to death). They weren’t satisfied with their homes, so they would constantly work on them to make them more durable and warmer (so they didn’t freeze to death in winter).

As time went on and we built things like cars and suburbs, that drive didn’t go away.

Take for example the camera you currently own. I’m sure you love it and appreciate it a lot. Yet, there is probably a nagging feeling in the back of your mind: what about that new camera that has more megapixels? Will having more megapixels and a bigger sensor help me create more artistic images with more “depth” and “pop”?

Or perhaps you feel your camera is too big and heavy. You heard the newest version of “Camera X” has just the same image quality as your camera, but is half the size and weight.

Or you aren’t satisfied with the colors or black and whites that come out of your camera. Perhaps if you plop down a few thousand dollars (acquire some massive credit card debt, sell a kidney, or eat ramen for a year) you can afford that newest shiniest high-end digital camera, and that will solve all your life’s problems.

It is all more similar than dissimilar 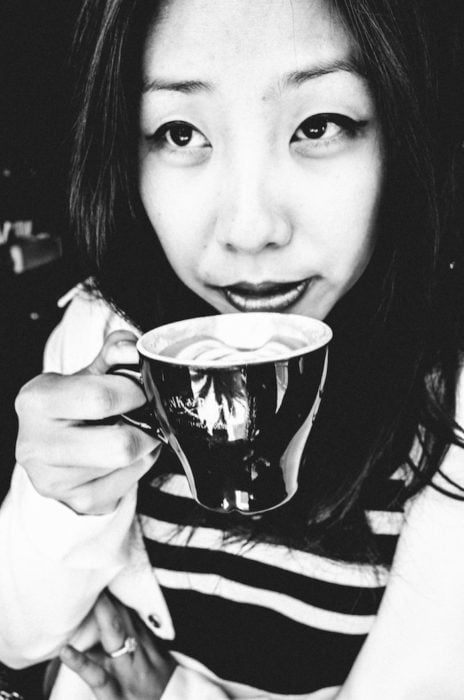 One of the things I am grateful for is that I have pretty much used every single camera out there. I have certainly not owned every single fancy or expensive camera in existence, but I have at least held them, shot with them, and played with them a bit.

And I can honestly say: at the end of the day, cameras are all much more similar than dissimilar.

I find that a lot of high-end or expensive things have a certain “mystique”—take shooting with a Leica as an example. While a rangefinder is a fantastic tool for street photography, I think 90% of the mystique comes from the fact that it is very expensive (at least the digital ones), that there is a legacy (Henri Cartier-Bresson and many other famous street photographers), and that it is so different from most other modern digital cameras.

But once you shoot with a Leica (or have owned one for a while), the mystique wears off. It soon becomes like any old camera. You’re no longer satisfied with it. You need a faster lens (the f/1.4 Summilux instead of the f/2 Summicron), you need another body (both a Leica M240 and a Leica Monochrome), or you just need more lenses (21mm, 28mm, 35mm, 50mm, and so on).

And trust me, I have friends who literally own every single Leica camera out there (M2, M3, M4, M5, M6, M7, M8, M8.2, M9, M9-P, M240, M242, Monochrom, etc) and they are still not satisfied. If anything, having that many cameras adds more stress and complication to their lives because they can never decide what camera to shoot with when they go out.

This couldn’t be further from the truth. 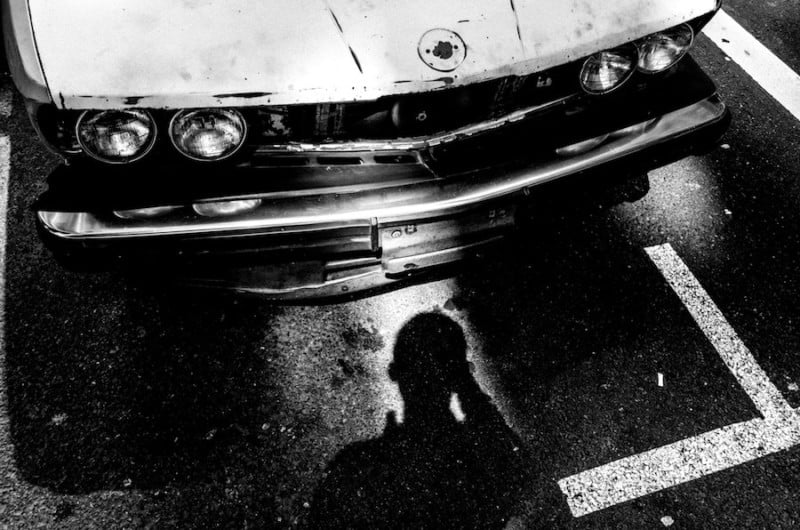 I have fallen victim to the “social media treadmill” and “gear acquisition syndrome”, some of the worst diseases that can befall a photographer. I would say I am (mostly) cured of these diseases, but even now, I know that if I tempt myself, I can easily fall into the spiral again.

For social media, one day it just kind of occurred to me that likes don’t really mean anything. They are just people scrolling through their feed, mindlessly double-tapping a photo of yours they might find interesting (after looking at it for a quarter of a second). Likes don’t pay the bills, keep the lights on, or keep you warm at night. Besides, whose opinion of your photos matters more: the opinion of your followers, or your own opinion of your photos?

For gear, know that no matter how much gear that you own, no matter how expensive it is, having more gear in your life will just create more complications. When I owned a lot of cameras and lenses, I would frequently fall into “paralysis by analysis”: analyzing my shooting preferences for the day and wasting 30 minutes trying to figure out what camera to bring that day.

I also quickly discovered that by shooting with too many different cameras, my images weren’t consistent in terms of their “look” and “feel.” Owning too many cameras became both physically and mentally “heavy”. You come to realize there is never a “perfect” camera or lens; there are upsides and downsides to every camera and every lens.

One of the best ways I have been able to cure myself of the madness of social media is to just take a break from it. I liken this to “fasting” with food. A short (yet painful) fast can help you clear out the junk.

As an experiment, just take a week off from uploading any images or even looking at your social accounts. Uninstall all your social media apps, just for a week, and you will realize that even though there is an initial “withdrawal” phase—characterized by a deep fear of missing out (or FOMO)—you eventually begin to feel more peaceful, calm, and tranquil… at least in regard to your own images.

Over the years, I have spent less and less time on social media, and felt more and more happy about my own photography as a result. My photography is becoming a lot more introspective (photographing and documenting my own life, rather than the life of others) and my personal satisfaction from my photography is more self-directed (than depending on external affirmation). Ultimately, I feel this has actually helped me become more creative and more productive with my photography.

Of course, your mileage may vary.

The opposite of envy So let’s think about envy as feeling negative feelings toward another because you wish you were in their shoes. Envy can also be worse, it can be a state in which you delicately hope for the downfall of someone else so your status can be higher after they have fallen.

By that definition, the opposite of envy is feeling positive feelings towards someone else, while simultaneously feeling grateful to be in your own shoes. It is being happy for others when they succeed, while also knowing that “the grass is greener” on your own side. It is hoping that you both improve, and being massively grateful for what you have.

I am not immune from envy. I still envy a lot of other photographers who have more followers than me, who travel more than me, who make more money than me, get more sponsorships and exhibitions than me. Even though, logically, I know I have no rational reason to feel it, my emotions often override my rationality.

I know that I will feel envy for the rest of my life.

But at the same time, I have found the upside of envy: envy pushes me to work harder and improve myself rather than complain that others are succeeding while I am not—having a little “healthy competition” forces me to stay sharp, and to put my best foot forward.

Realize that as photographers, we are all brothers and sisters in the same community and family. What is good for another photographer, is also good for us. Whenever a photographer has a huge exhibition or show, they promote the art of photography, which makes photography more popular as a whole, which gives us better chances to succeed.

It is not a zero-sum game. If you win, that doesn’t mean I have to lose.

About the author: Eric Kim is an international street photographer who’s currently based out of Berkeley, California. You can find more of his photography and writing on his website and blog. An expanded version of this article was also published here.