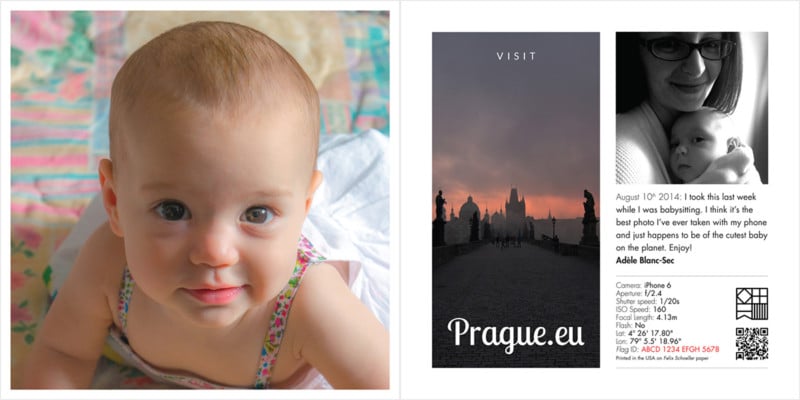 Remember Flag? Back in 2014, the then-nascent idea raised over $150K on Kickstarter to launch a 100% free, ad-supported photo printing service. Today, that dream became an honest-to-goodness smartphone app reality.

In case you don’t remember, Flag is a photo printing service that offers you 20 free, high-quality, 4×6 prints per month—no shipping and handling, no subscription fee, no nothing. Totally free. And they do it by using the usually-blank backside of your photo print to place ads. Instead of being blank, the backside of your print might look like this: The challenge from the very beginning was going to be finding advertisers willing to take a chance on Flag, but it’s a challenge they’ve succeeded in overcoming. According to TechCrunch, Flag has already secured over 1,500 paying advertisers including big names like SquareSpace and VISA. Advertisers that were lured to Flag’s product not just by the promise of an ad that you’re probably never going to throw away, but also by how Flag plans to target these ads.

Targeting is the secret sauce that Flag is using to make this whole thing work. Using everything from your photo’s EXIF data, to your zip code, to the actual contents of your photo, Flag can estimate your income, guess your interests, and determine where you spend your time when you’re out shooting (even if you don’t live near there).

“Flag can scan the photos people upload and understand what’s in them. We can find logos and branding, identify faces, and make smart guesses about people’s gender and age,” writes Flag on their website. “Combined with demographics and metadata it allows for the most accurate ad targeting possible without paying for, or bothering people with, a survey.”

It all feels a bit too Minority Report for this writer, but it makes perfect sense as a way to attract advertisers. The question is: will it scare away potential users. 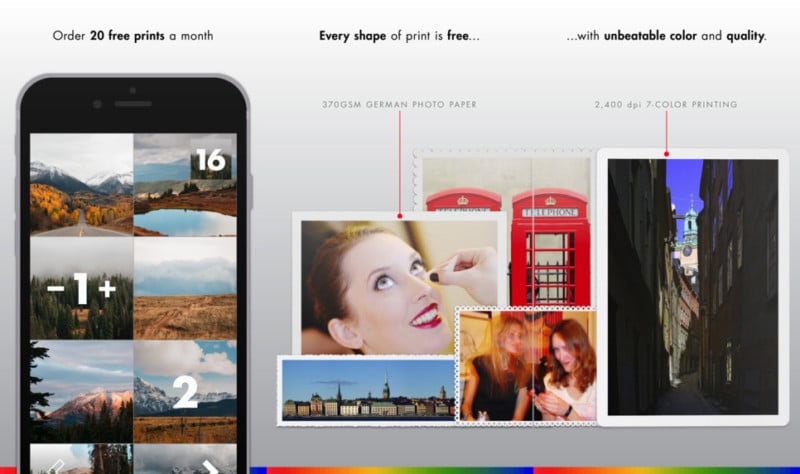 That’ll be Flag’s challenge in the end, and it’s not an insurmountable one. They’re already promising that no photos, names, addresses, or any other kind of user data or anonymized personal info will be available to advertisers. Plus, even if the ad creeps you out, it’s not all you’ll have on the back of the print.

As you can see from the examples, you can add a second photo, a caption, and EXIF data to your prints too, so you can tell when, where, and how it was taken even if you lose the original file or forget the details.

So even if you’re greeted with a personalized ad like the one below, you might be able to forgive any creepiness given that the print is both free and useful: You can find out more about Flag on their website, or download the iOS app for yourself here. There won’t be any ads on the back of your first prints at launch (they need something to target before they can offer targeted ads), so now may be the best time to try the service out; but be warned: orders couldn’t take “a few weeks” at first.

Open World: Photos and Screenshots That Blend Real with Virtual

These Photos Got Me Kicked Off a Beach in Toronto