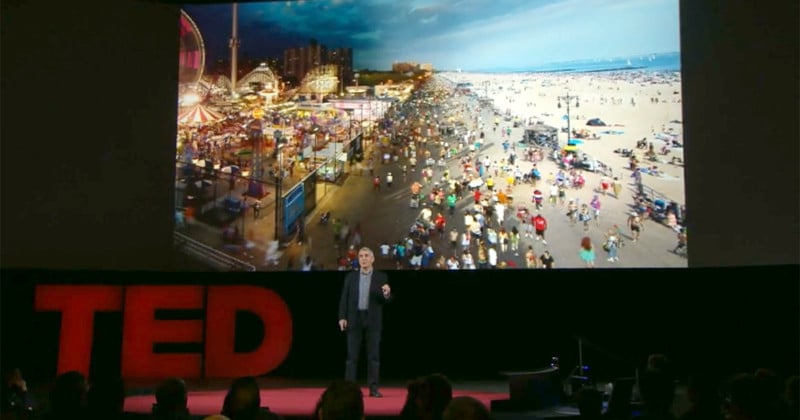 Photographer Stephen Wilkes is known for his ambitious photo compositions that show scenes changing from day to night. Back in February 2016, Wilkes gave a talk at TED2016 about how he captures the passing of time in a single photo.

You can watch the 12-minute talk here:

Wilkes calls his concept “Day to Night.” After scouting out a location, he photographs it for anywhere between 15 to 30 hours, capturing over 1,500 sequential photos. Afterwards, he selects the best photos across the span of time.

“Using time as a guide, I seamlessly blend those best moments into one single photograph, visualizing our conscious journey with time,” Wilkes says. “One of the unique aspects of this work is also, if you look at all my pictures, the time vector changes: sometimes I’ll go left to right, sometimes front to back, up or down, even diagonally. I am exploring the space-time continuum within a two-dimensional still photograph.”

Wilkes first got the idea for his technique back in 1996 when he was commissioned by LIFE magazine to do a panoramic photo of the cast and crew of the movie Romeo + Juliet. After shooting a collage of 250 photos, he hand-glued the images together and realized that he was changing time across the frame. It would be another 13 years before technology caught up to his dream of his present-day series.

Here are several of Wilkes’ photographs: 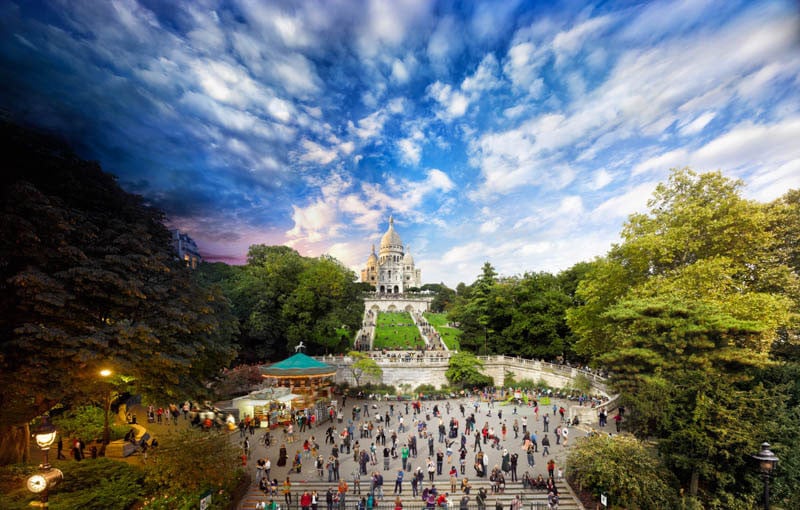 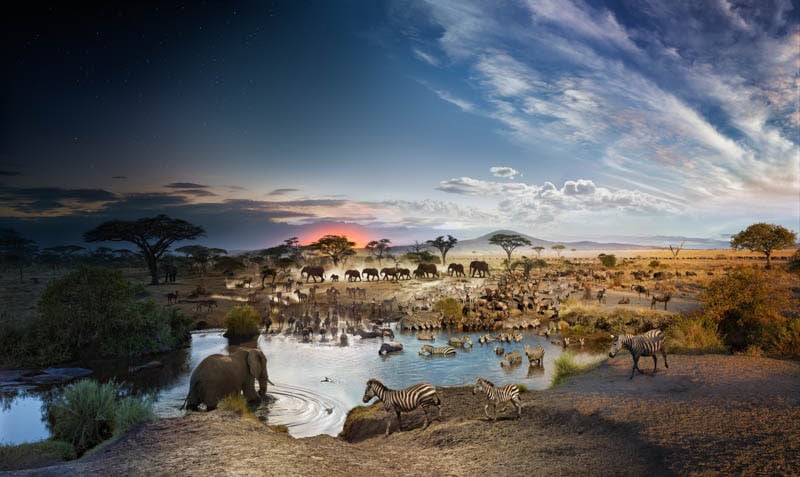 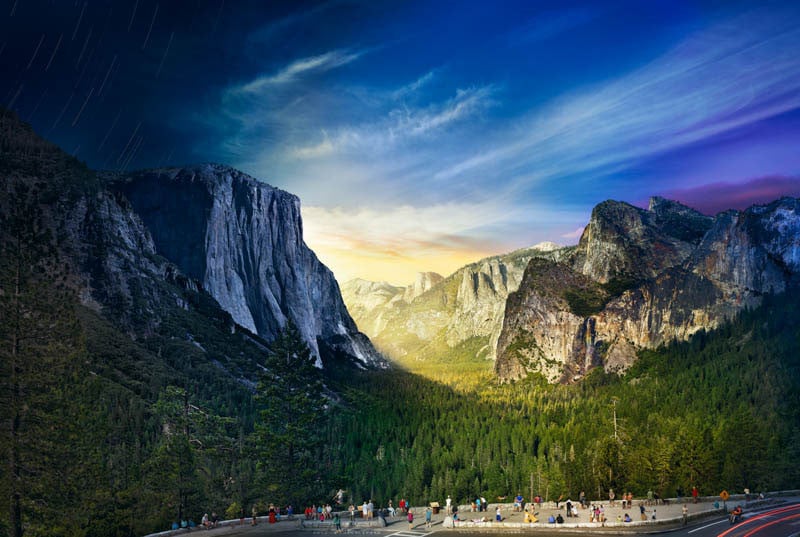 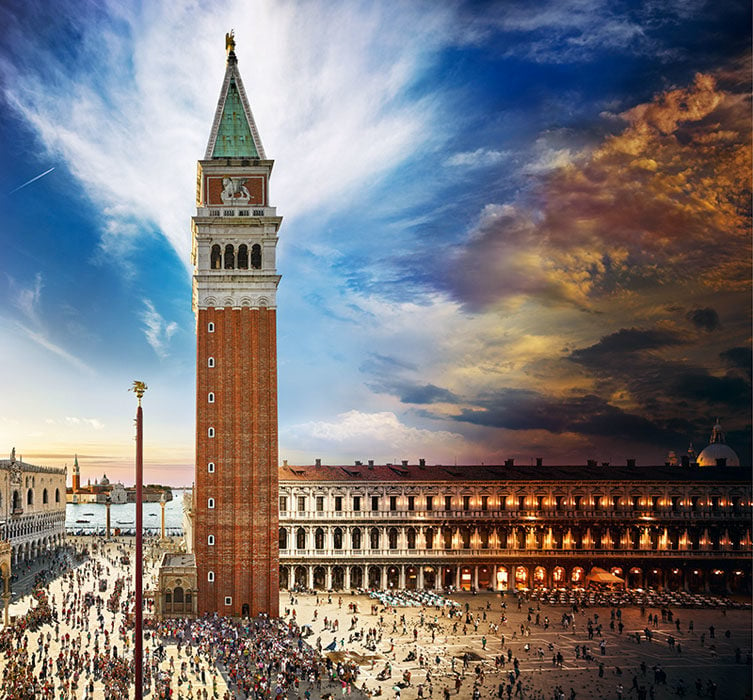 We previously featured Wilkes’ work once in 2011 and again in 2012. The above photo of Serengeti National Park, which was shot over 26 hours, went viral earlier this year.

Day to Night will be published as a book by TASCHEN in 2017, and pre-orders can now be placed. You can also find more of Wilkes’ work on his website and Instagram.

Image credits: Photographs by Stephen Wilkes and used with permission

How to Plan, Pack, and Prepare for a Major Landscape Photography Trip