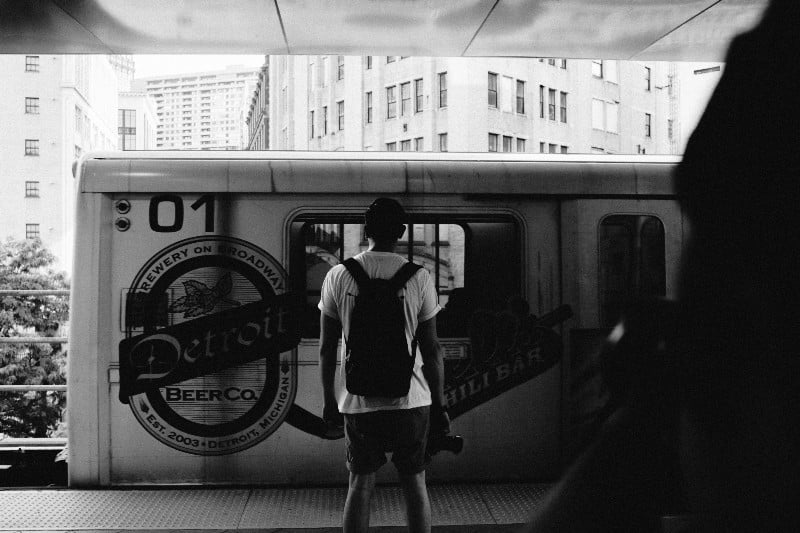 My camera produces noise at ISO 800, the Sigma provides little to no shallow depth of field when combined with the APS-C sensor, and my Helios 44-6, though an upgrade from the 44-2, produces all my photos with an unpleasant film-like look. For events, I use a Neweer flash that cost me $35 (I still think I paid too much) and my newly acquired Instax camera is the Fujifilm 210, the cheapest of it’s kind.

Recently I was at a paid gig and someone stopped me and said: “Oh my, is that the Sony?”. I looked at them, smiled, and said: “Yes, it is”. They asked if they could hold it, and though I was working I figured, why not. I took the camera off my wrist, handed it over and they said: “It’s so light, it’s so cute. I’ve been thinking about picking one up”.

I went on to explain that it is in fact light compared to most cameras, I then said that it wasn’t the full frame version, that this was actually APS-C unit. When I said that they stopped smiling, they looked at me as if I had tricked them into thinking I owned this great camera, but really I didn’t.

I was then interrupted mid-sentence and my camera was handed back to me. She looked up and said, “Oh, I was thinking of getting the more professional one”. I walked away, baffled.

On paper, this is a sh**ty kit. I get it. If I submitted this to Shotkit I’d get rejected. When people see my camera I assume it’s easy to pin me as a hobbyist or non-professional based on my camera’s size. But that’s the problem, we’re constantly focused on what people are thinking. We live in a world where it’s more important to look successful than be successful, where people feel more confident shooting with the typ 109 than the LX100.

Example, this person described above wanted the more professional Sony unit. I’m assuming the camera she wanted was the Sony a7, maybe even the a7II… But why?

What was she doing for which she needed this super capable camera? I mean, one could see the use of owning a unit of this magnitude, perhaps she had plans to shoot weddings, or photograph in low light, perhaps she read about the camera’s 5-axis stabilization and thought that was a cool feature, but when you factor in the fact that she doesn’t know the difference between an a6000 and a7 body then you have to question her likelihood of knowing about any of this.

Learn about the equipment first, this means figuring out what all the dials mean, figuring out what high ISO is, asking yourself do you need 4K, don’t just buy equipment based on the headlines. Of course, I’m a hypocrite — I didn’t follow this advice at all. I bought everything that was sent my way. This process wasn’t wrong, but it wasn’t the right time.

In business, they always say if it wasn’t the right time, it’s still a failure. That same kind of rules applies to photography. It’s okay to have the best gear, but it’s important to learn first. One of my first kits consisted of the Canon 60D and the Sigma 18-35mm. Everyone on the Internet talked about how groundbreaking this lens was… So I had to have it. I kept hearing them preach about the constant f/1.8, I picked it up as soon as it released.

My first picture with this lens? A portrait. 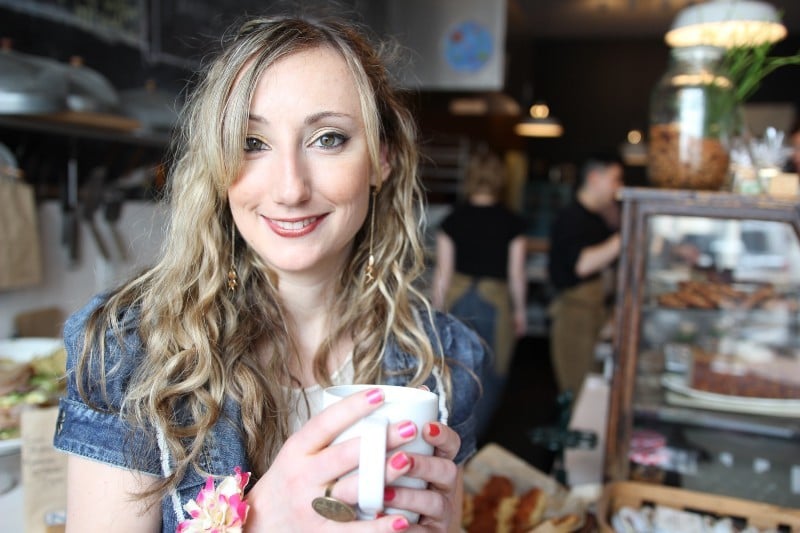 This was one of my first paid sessions. I was super nervous about the shoot, but I knew I had this lens, so I was going to kill it… Yes, the lens was going to save me. I remember snapping a few pics, thinking to myself how clear it was. I don’t know what type of focus points I used back then, but her eyes were so in focus. It was beautiful.

When I got home to edit the shots I noticed how blurred out her hands were, I thought this was unpleasant and I was super upset. I only wanted to blur out the background, not her herself. Unfortunately, most of the images I shot had some portion of her blurred out, it was either her face or her hands. I was forced to deliver these shots to my clients because, well, the shoot was over.

I decided to sell that lens a few weeks after that. The camera too. The setup didn’t meet my professional standards.

Keenan, you didn’t even know the difference between JPEG and RAW. Keenan you had no idea what to set the aspect ratio too. Keenan, you shot in Auto so you couldn’t figure out why the Sigma 18-35mm shot on random apertures at times. Keenan you shot a portrait at 20mm and wondered why her hands looked so big. Keenan, you thought everything was supposed to be shot at f/1.8.

Understand What You Need, Not What You Want I talk about being minimal and using cheap gear, but when things were going right in life my kit was the exact opposite. During my “prime” (okay, that wasn’t funny) my kit consisted of an X-T1, X-E1, XF 18, XF 27, XF 35, XF 56 and I consistently rented the XF 50-140. This was all just 7 months after that first session. I had no business buying all that gear, I didn’t even know what I wanted to shoot, yet I was trying to cover every focal length.

Today there are a lot of lenses I want. The Sony 18-105mm f/4 seems promising and obviously any of the higher end Art series lenses from Sigma, the 20mm and 35mm topping my list. I could honestly justify reasons to pick them up as well. I do event photography, so would the Sony 18-105 make my job easier? Of course.

In the past, that’s how I would ask that question. Would this make my job easier and then I’d buy anything that I could answer yes too. But today I take a different approach, I now ask the question in a different way: Can I complete this job without a new lens? If the answer is yes I steer clear. Again understand what you need, not what you want.

Never Let Other Photographers Influence You The reason I’m writing this article in the first place is because lately I’ve been shooting with other people. It’s a good way to help build your brand, it’ll really be beneficial once I allow them to take and post pictures of me (haha). But in my last few outings, people’s kit lenses have beaten my entire kit (Canon 24-105mm L). If you’re not a confident person it can be hard to be around that type of environment.

It’s the equivalent of pulling up in a Chevy Volt (my favorite car) while everyone else has a Telsa Model 3. How do I comfortably compete in this environment? Because I f-ing love the Chevy Volt.

You have to know who you are as a person. I don’t need a Telsa, because I love the car that I have. Or in this case, I don’t need a 5D Mk III with a 35mm Art, because I love the kit that I have. It would simply be overkill. Other photographers that I hang around can’t influence me because we have different styles. They need sharp lenses, they shoot rooftops, they shoot in areas that require a lot of depth. Me? I shoot black & white street images at f/7.1 and blurry portraits — hell having an Art serious lens may make my job harder. 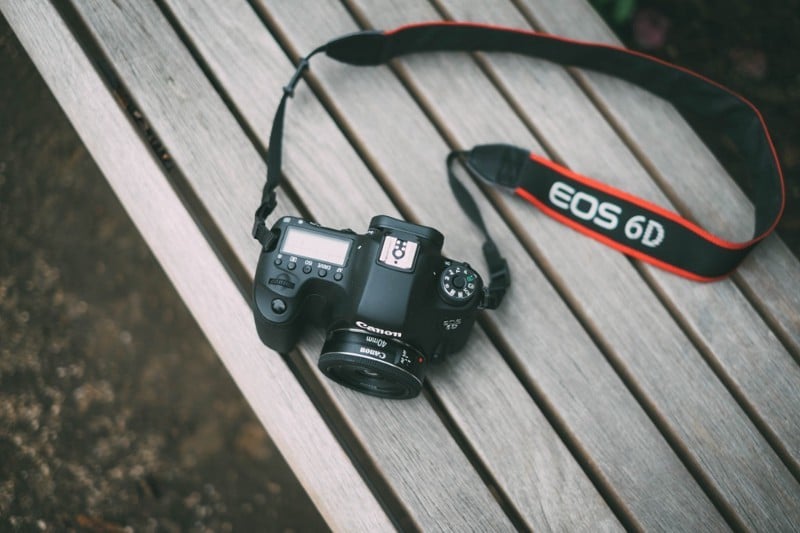 So at the end of the day what am I really saying? I’m not telling anyone to sell their expensive gear and to go buy a sh**ty camera with a lens. I’m not trying to justify my kit and make myself feel better. I’m simply saying that in photography there will always be something better than what you have, even if you have the best Sony gear, your curiosity will take over and have you wondering what Fujifilm or Canon’s counterparts might be like.

You can’t let your yearning for something new or cool kill your creative process. If you have the money and the need for an Art or L lenses, by all means buy them — they’re fantastic. But if your budget is more on the consumer side, then those “lesser” lenses are equally as good if you put in the time and effort to really master them.

I often get emails from people telling me how great my work is or how much I inspire them and man, do those emails really make my day. I also get follow up emails from people asking me what gear I used. I tend not to respond to those as I don’t think it matters. But I wonder if some would be shocked if I told that I use this sh**ty $500 kit… Hmmm.

About the author: Keenan Hastings is a photographer and blogger based in Detroit, Michigan. You can find more of his work on his website. This article was also published here.