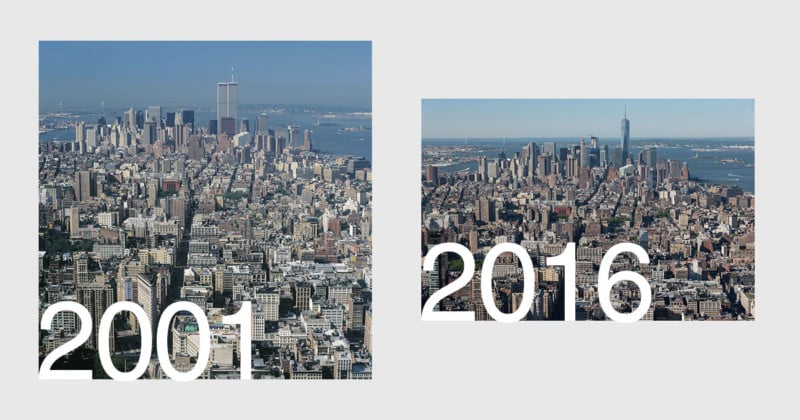 I was editing some images that I took last week in New York City, including some taken from the observation deck of the Empire State Building. Then I remembered that I had taken some shots of the same view from the same location, 15 years ago.

Both photos were shot on a clear morning. Both approximately about the same time of year. Both handheld. Both similar field of view (about 70mm).

The Hasselblad body, lens and the Imacon scanner were arguably the best quality equipment ever produced for a portable film camera. And, of course, the 6x6cm trannies have a much larger surface area than a 35mm sensor.

The Leica SL and 24-90mm zoom is arguably current state-of-the-art for quality, portable, digital camera and lens. Of course, the SL is streets ahead of the old film ‘blads in terms of convenience and percentage of usable images.

But I was interested in seeing how things have progressed, image quality wise. So, I used Lightroom’s compare feature to find the same portion of the image at 100%. Then I took a screenshot of the two side-by-side: 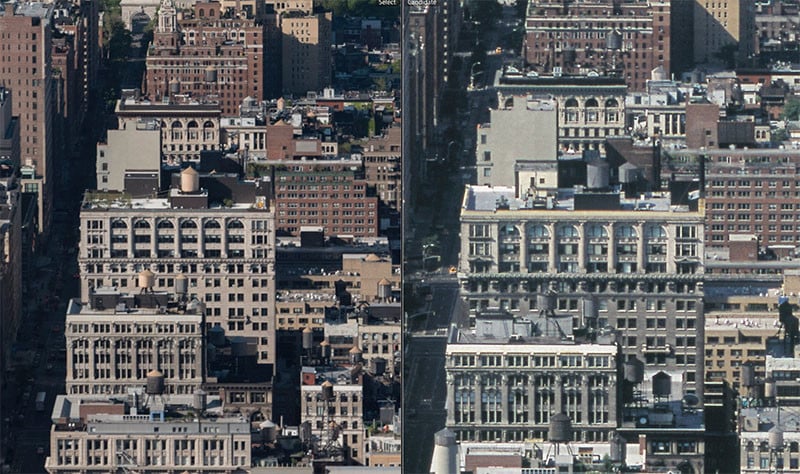 The Leica image is on the left, the scanned Hasselblad image is on the right. After 15 years, we can see that the 35mm Leica has surpassed the scanned 6x6cm medium format transparency in terms of resolution, color and punch… and the New Yorkers have painted some of their water tanks).

About the author: Peter Walker is an English Australian photographer who lived in Asia, mainly Thailand, for 25 years. In addition to photography, he also does scuba diving and underwater videography. You can find more of his work on his website.

Astronaut Tweets Photo of the Nikon DSLRs on the ISS