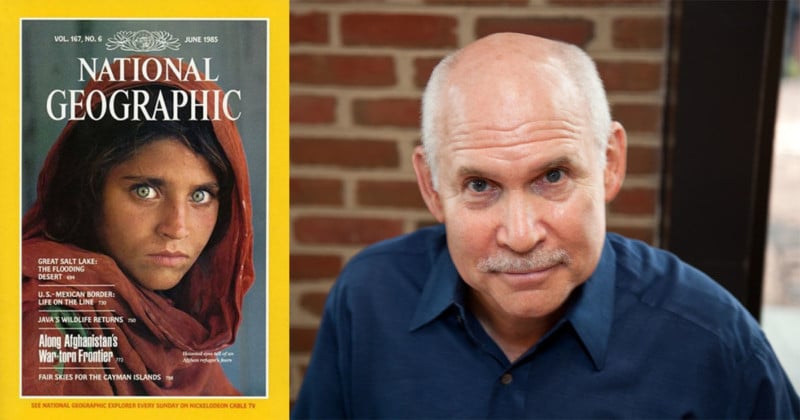 Steve McCurry has responded to the recent hoopla surrounding his Photoshopped photos. The famed photographer explains that he’s now a “visual storyteller” rather than a photojournalist, but says he will “rein in his use of Photoshop” going forward to remove any confusion.

The controversy started earlier this month, when a badly Photoshopped McCurry photo was spotted at a show in Italy. Soon, more examples of cloned photos emerged, including in McCurry’s blog archives from the past several years.

In an exclusive interview with TIME, McCurry again explains that the confusion is due to a major shift in his career. Even though he started out as a photojournalist, a profession in which “truth” is paramount, he hasn’t considered himself one in the past several years. He’s now a visual storyteller, McCurry says.

“The years of covering conflict zones are in the distant past,” McCurry tells TIME. “Except for a brief time at a local newspaper in Pennsylvania, I have never been an employee of a newspaper, news magazine, or other news outlet. I have always freelanced.”

McCurry’s work in recent years has mostly been personal, fine art, non-profit, and commercial work — areas in which even heavy-handed editing may be considered perfectly acceptable.

Best known for his “Afghan Girl” National Geographic cover photo (shown above), McCurry’s career has now spanned over four decades, and the photography industry has gone through major changes over that span. As an example of how industry ethical standards have shifted, McCurry points to his December 1984 Nat Geo cover photo of a monsoon in India. The magazine extended the water to fit its vertical format cover:

“That use of Photoshop ensured that a powerful image wouldn’t be rejected because it was a horizontal orientation,” McCurry tells TIME. “Some would say that was wrong, but I thought it was appropriate because the truth and integrity of the picture were maintained.”

National Geographic director of photography Sarah Leen tells TIME that this type of cover photo edit was “32 years ago, a different era,” and says that it “would never happen now.”

Even though McCurry now considers himself a visual storyteller, the photographer says he’s going to change the way he edits his photos moving forward for the benefit of others and the industry.

“[G]oing forward, I am committed to only using the program in a minimal way, even for my own work taken on personal trips,” the photographer tells TIME. “Reflecting on the situation… even though I felt that I could do what I wanted to my own pictures in an aesthetic and compositional sense, I now understand how confusing it must be for people who think I’m still a photojournalist.”