When I started photography nine years ago, I didn’t have a problem going out and finding inspiration. Everything was so new and, subsequently, there seemed to be no end to the ideas I felt I could produce. Looking back, I can see that my work wasn’t particularly indistinguishable from many others—there was no depth, no originality.

But I needed to get through certain stages to get to where I am today. At first I had no particular style, nor did I have any photographic ‘heroes’ to aspire to, but over time and with an accumulation of experience, I connected with capturing natural street scenes in an artistic way and translated that approach to my wedding photography, which I had begun six years ago.

There came a point, though, where all I had photographed were weddings, which resulted in me feeling a creative staleness. I started looking at my images and wondering whether I was losing my edge. Were my shots becoming predictable? Was I replicating work I’ve seen, or work I’ve already done? In other words, was I restricting my photographic potential by focusing solely on weddings and the self-imposed restrictions that come with the day?

So I came up with a plan to change this. Since then I’ve felt completely invigorated, and the change has helped me produce some of my best work, which has since featured in a few publications. Here are 5 ways I suggest to achieve this. 1. Go out and shoot with an experienced photographer, preferably for an extended period of time

Whether it was at a wedding or when I’ve been out on my travels, I’ve always photographed alone. This has helped me feel unobtrusive, but I began to wonder how much I could improve if I had someone with me to bounce ideas off and critique the way I shoot. Perhaps an outside influence could help shake things up a bit, and get me thinking differently.

Sportsmen and women do it all the time—they link up with experienced coaches who get the best out of them and help them reach the next level. If you look at Roger Federer or Tiger Woods, who were the best in their respective sports for a long time, they didn’t get there on natural talent alone, but spent countless hours with coaches honing their technique.

So that’s where Maciej Dakowicz, who runs travel workshops, steps in. I’ve followed him on Flickr for a few years now, and have always respected and admired his work. I booked an 18 day trip to Bangladesh with him, and luckily I became the only workshop participant and therefore benefited even more from his expertise. Together we shot for every single day from morning till night, and in that time I had a full assessment of what I was doing right, and what he felt I could improve on.

As well as being a great motivator, he quickly saw ways I could improve my technique, such as my approach to a situation – I wasn’t working a scene to it’s full potential, I didn’t get close enough, I didn’t like to linger, and I didn’t take travel portraits. All that probably arose from being too polite and respectful, but Maciej reasoned that since we weren’t being ushered away and they welcomed the attention, why not take advantage. Which brings me onto my next point. 2. Break through your self-imposed boundaries

As I said, when I photographed I liked to keep a respectful distance. Whilst I knew I could get better photos if I got closer, I did not want to interfere or disrupt the natural scene in front of me. In the past, if someone saw me take their picture I’d drop the shot and move on.

For me, the moment was lost, but I quickly realised that new moments could be created if you persevered with it. So I got in closer than I had ever gotten before, and engaged with my subjects. ‘Big people, big faces’ was one of Maciej’s mantra’s.

The results, after allowing my subjects to feel more at ease with me being there, were images that felt a lot more expressive and engaging. London doesn’t inspire me as much as it used to. As a Londoner it has become a bit too familiar, and it doesn’t excite me like it once had. I found that when I didn’t have a wedding, heading into London to take photographs seemed more like a chore than a creative release. It’s why I love traveling—that assault on the senses as you head into the unfamiliar.

Photographing the same thing over and over again means you can fall into a repetitive pattern, which results in photos that lose their freshness.

Even on the Bangladesh trip we managed to lose inspiration walking through the same kind of towns and cities. When this happened we made a concerted effort to head off into industrial areas, schools, fishing ports – some of which you wouldn’t have free access to in Western countries. 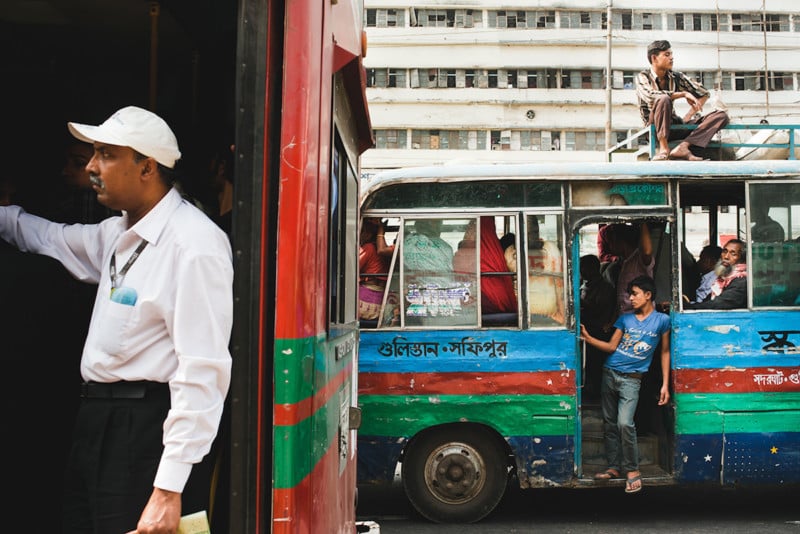 4. Be inspired by others

As Picasso once said “Good artists borrow. Great artists steal.” So every evening I’d tear through folders on my laptop bearing the images of my photographic influencers, absorbing their work to develop my ideas. Musicians, actors, artists, as well as photographers, all learn and improve by studying the great masters.

I for example used Alex Webb’s idea of multi-layered images in some of my Bangladesh photographs, and James Nachtwey’s deep black and whites in others. Malcolm Gladwell popularized the phrase ‘the 10,000 hour rule’, which was the minimum amount of time needed to acquire greatness in your particular craft, provided you remain focused on improving throughout. I found that it was probably the most important part of re-discovering my creative edge.

One of the things I realized was that whilst I was spending many hours taking pictures, I wasn’t spending all that time intensively honing my skills. I had fallen into a routine of constantly taking the same kind of pictures, without looking at the wider possibilities.

The important difference on this trip was that I strove to take better pictures every time. That meant an enormous amount of focus was required. I ended up with some of my best images, directly as a result of constantly observing for moments and situations. 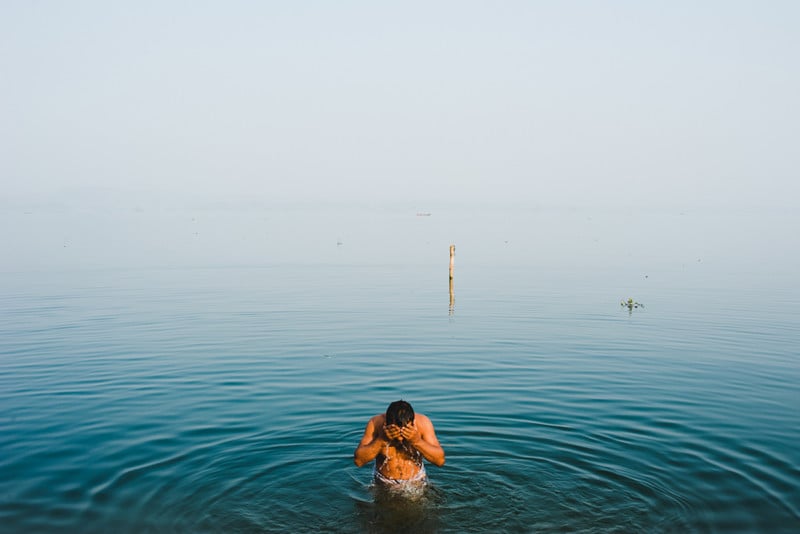 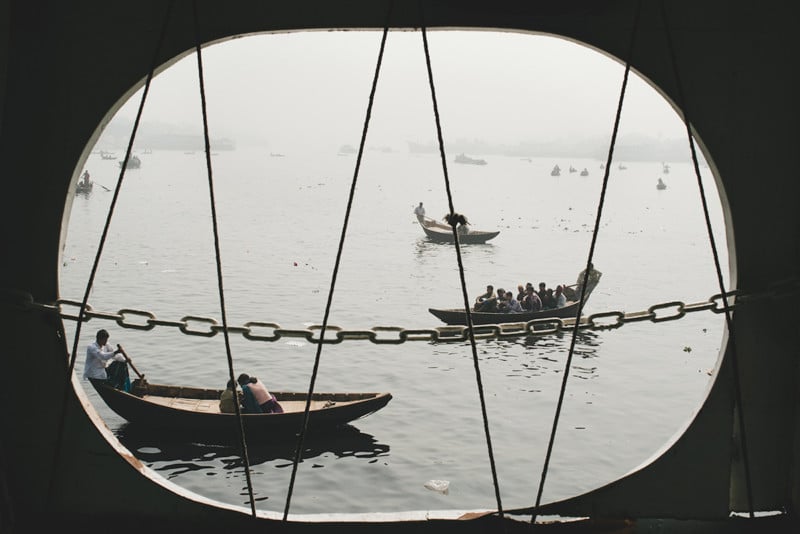 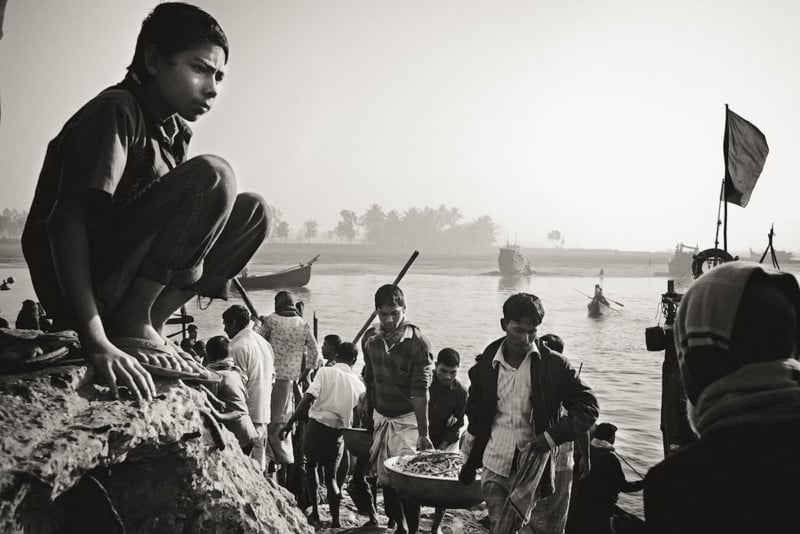 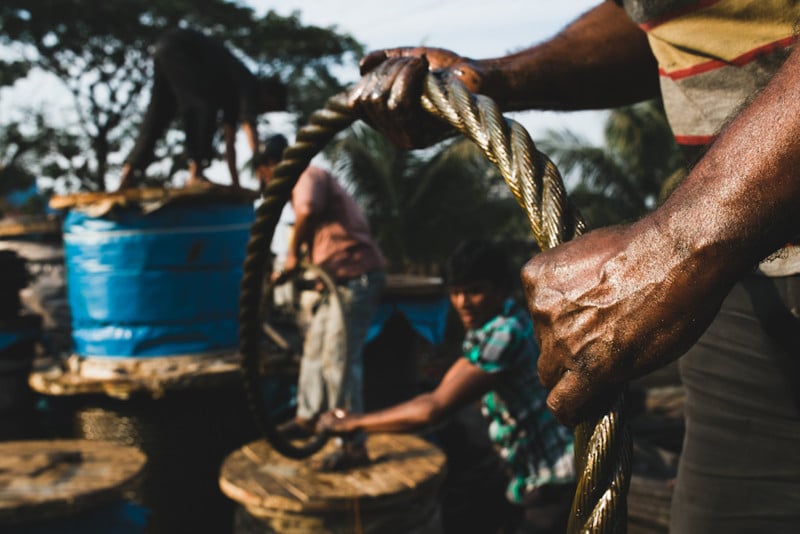 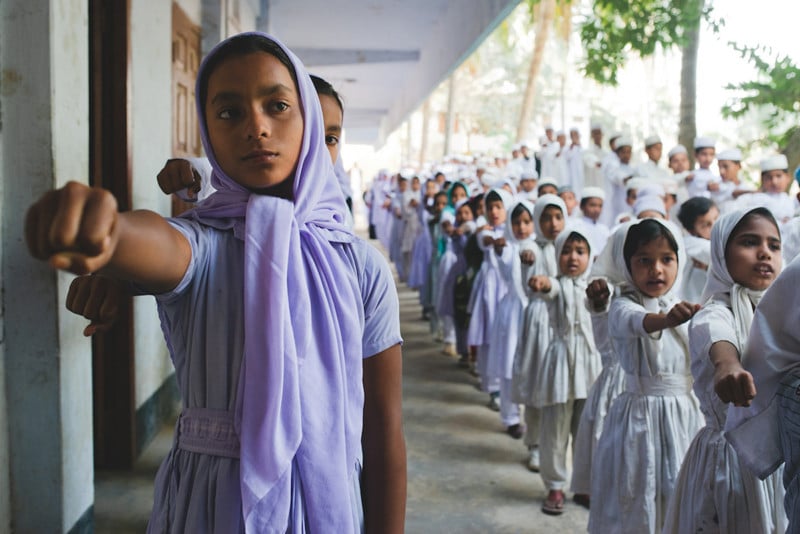 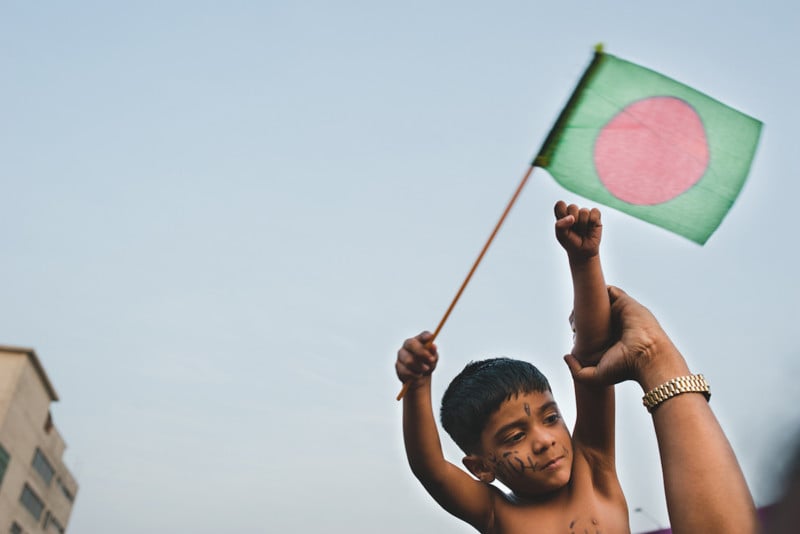 The TSA Gave My $2,800 Macbook to Another Passenger