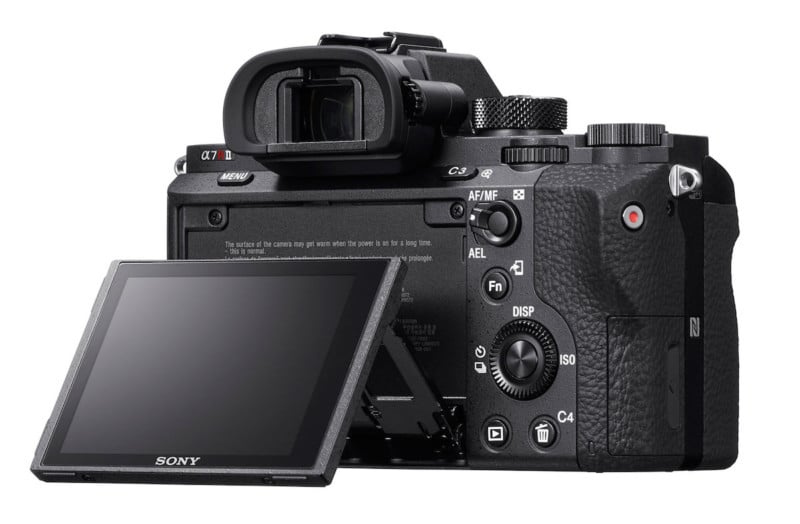 An anonymous photographer in New York City claims to have spotted the much-anticipated future Sony “A9” flagship camera out in the wild… and apparently it packs quite a sensor.

The report comes from our friends at sonyalpharumors, and it was one of their readers who said they had seen the camera. Apparently, he was walking through Battery Park in Manhattan around 5:35PM when he, “came across someone walking towards 1 world trade, with a graphite looking camera with no markings or paint in a slightly larger and boxier shape than my a7r ii.”

It took him a minute, but he soon realized what he was looking at was the rumored ‘A9’ prototype.

The photographer using the camera, “was pretty uncomfortable when I started asking questions,” but the curious reader pressed on anyway. He was told the camera had dual card slots, saw a joystick for AF point moving, and when he looked at the spot where his A7R II says “42M” this camera said “Extra Fine 72M.” Before saying goodbye, the photographer with the prototype said it was “one of the few” out there right now, and that it was “due out end of summer for early fall release.”

As with all rumors, and particularly those that come second hand like this and not from a “trusted source” inside Sony, a grain of salt or two is suggested. If you want to know what those kinds of “trusted sources” have said about the ‘A9,’ click here.

Facebook is Bringing Interactive 360° Photos to Your News Feed