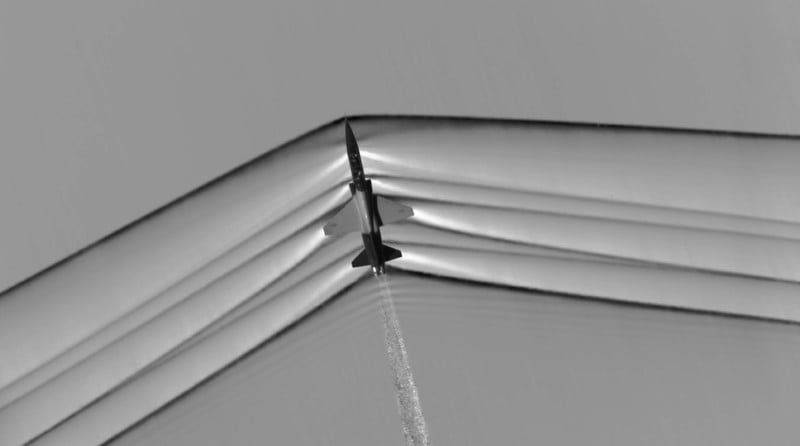 Capturing the supersonic shockwaves of a fighter jet going faster than the speed of sound might seem like science fiction, but NASA actually captured this phenomenon on camera. Not only that, they did it by using a 150-year-old German photography technique.

Released a year ago, the images in this post were captured using a technique we’ve mentioned before on PetaPixel called schlieren imaging. It can be used to visualize airflow, making it possible to actually see soundwaves.

But until NASA got their hands on it, schlieren imaging had never been used to capture the supersonic shock waves of a figheter jet blasting through the air at faster than the speed of sound.

As NASA explains, this presents some serious challenges:

[Schlieren imaging] typically requires the use of fairly complex optics and a bright light source, and until recently most of the available schlieren imagery of airplanes was obtained from scale model testing in wind tunnels. Acquiring schlieren images of an aircraft in flight is much more challenging. 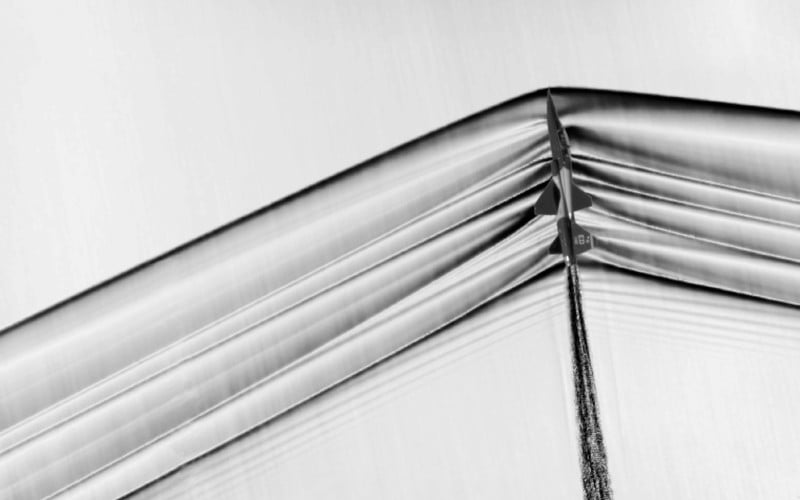 But they did manage to do it, capturing a fighter jet at the speed of sound from another airplane flying above it. NASA explains the whole experiment in great detail at this link, but the basic approach was to use a modification of schlieren called background oriented schlieren (or BOS).

“A high-speed camera on the underside of a NASA Beechcraft B200 King Air captured 109 frames per second while the supersonic target aircraft passed several thousand feet underneath in straight-and-level flight at speeds up to Mach 1.09,” they explain in the post.

Using the vegetation underneath the supersonic plane as the “background” needed for BOS, they were able to shoot the photos you see here.

Of course, there are many scientific uses for these images—making quieter supersonic jets, seeing how jets behave in real-life conditions instead of wind tunnels, etc.—and this is why NASA set out to do the experiment in the first place. But the photos they captured… well we think they’re just plain cool.

Click here to read more about this experiment and see the photos in higher resolution.

Leaked Photos: New M-D Will be the First Production Leica Without an LCD

This Soviet 1,100mm Lens is Basically a Telescope with a Camera Mount