The $6,500 Nikon D5 DSLR and $3,200 Sony a7R II mirrorless camera are two of the current leaders in low-light, high-ISO shooting, but how do they stack up against each other? This 1.5-minute comparison video will show you.

Photographer Tony Northrup took the two cameras, pointed them at the same scene side-by-side, and shot 4K footage stepping from ISO 6400 all the way up to ISO 3276800. ISO 3 million is 7 stops better than what the Sony a7R II can do — its max extended ISO is 102400 — so the Sony footage had to be digitally pushed for the head-to-head. 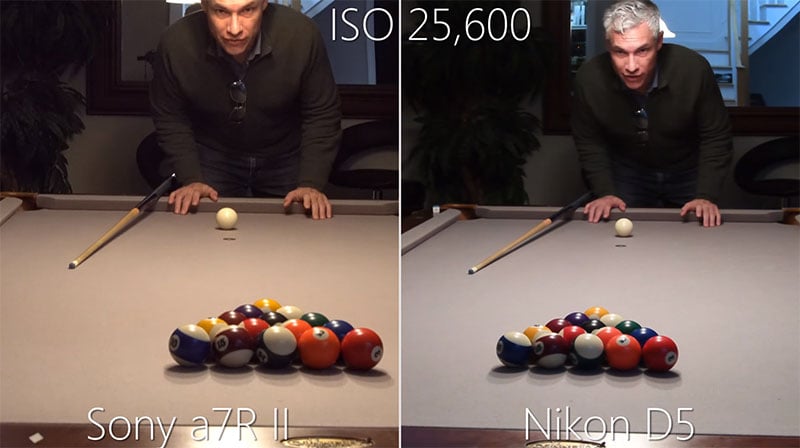 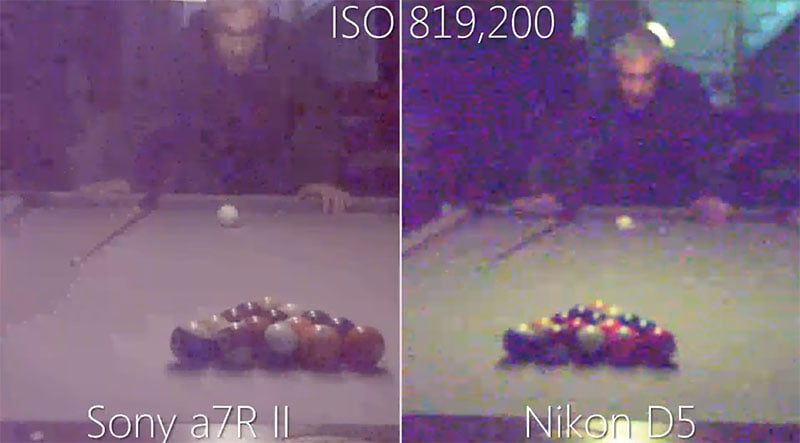 It has a crazy-high max ISO, but “[the D5] is not the low-light champ you’d hope, though,” writes Northrup. “We tested the a7R II in full-frame mode, even though it offers 1 stop better quality in Super 35 mode. We wanted to start testing with the worst case scenario for the Sony… but since it won even while handicapped, I don’t see the need to continue testing.”

Instagram Went Down for 15 Minutes and People Freaked Out