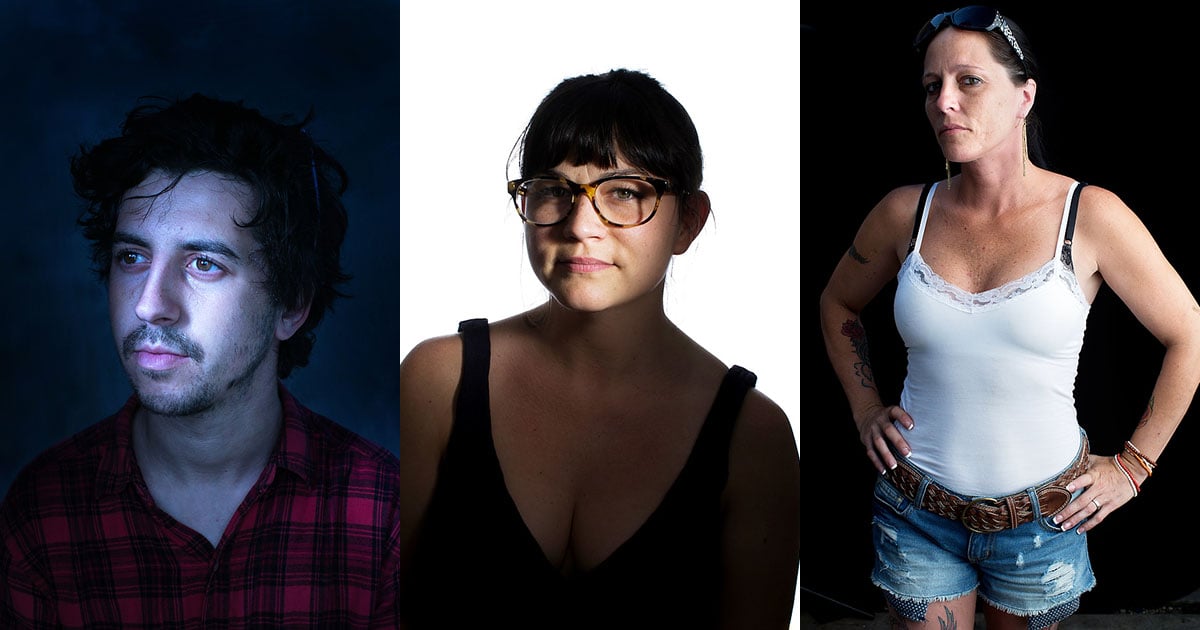 Editors like to say, “There are great pictures to be made right in your own backyard!”

Come to think of it, there really is a lot going on in my backyard, or at least in my Baltimore back alley. Fugitives from justice have fled down my alley, pursued by police helicopters. I once found a trail of blood that stretched for hundreds of yards. I followed it the whole way, and at the end found a guy with a badly cut hand sitting on a curb.

Angry adolescents smoking cigarettes, teen moms, red-haired research scientists, museum curators, hip musicians, and the son of a b*tch who keeps breaking into my car — all pass down my alley. After watching this parade continue for years, I decided that the photo editors were right, and my alley portrait project was born. I’ve spent years traveling to exotic locations, from the mountains Pakistan to the jungles of Colombia, to shoot, but now whenever the mood strikes, I will set up a little studio right on my parking pad and wait for subjects to walk by. 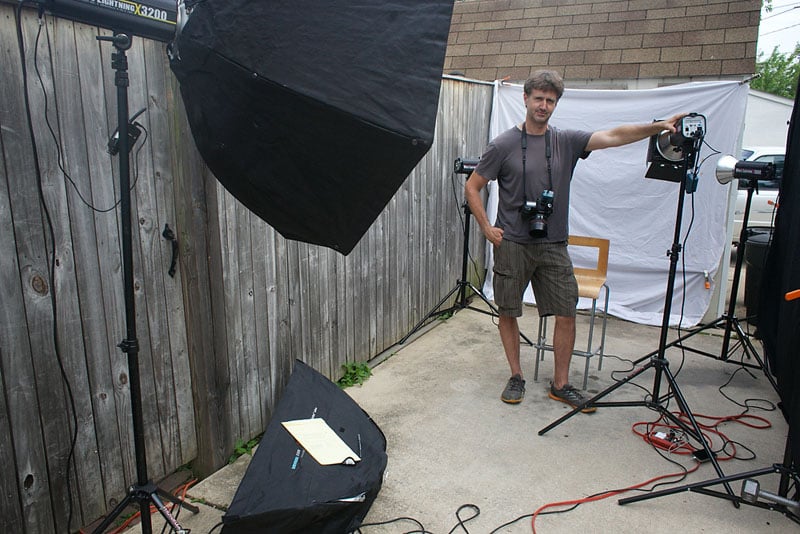 It usually doesn’t take long, and most people are happy to be photographed, especially when I explain there is no charge (I always email them a few photos). Over time, I’ve learned the rhythms of the alley and will often schedule my sessions for peak traffic: early morning for office workers, mid-afternoon for kids heading home from school, early evening for hipsters off to the bars.

But some of the most interesting characters don’t have regular schedules and will come ambling by when you least expect it. Late one morning I met a teenager with dirty fingernails and a guitar case. His mom was having an angry cell phone conversation in the background. They were jumping a greyhound to Florida in an hour because Baltimore just “wasn’t working out.” In Florida he planned to get his music career going.

Compare my alley shoots with more typical photo-shoots, which are often tedious and time-consuming to organize. You have to find a subject and convince them to sit for a portrait, find a place to shoot, get permission from a landowner, arrange a mutually convenient time, deal with weather delays, etcetera. In my alley, I can have an idea, set up my lights and be shooting within an hour. 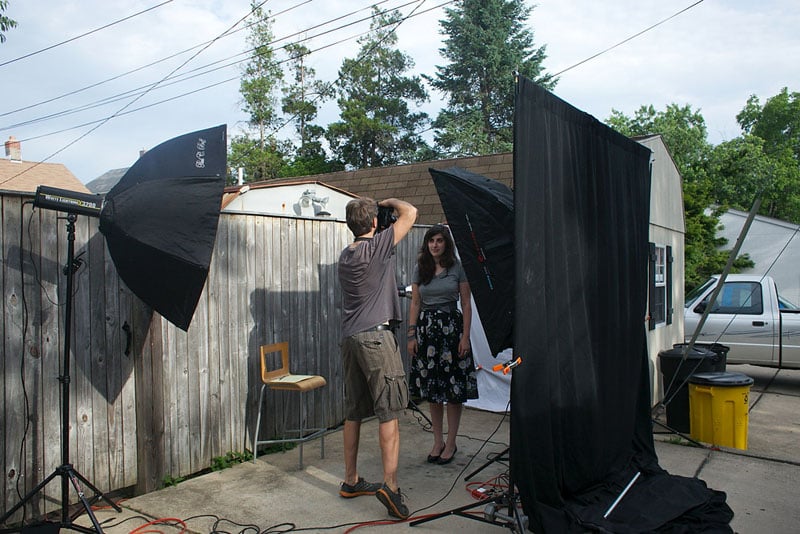 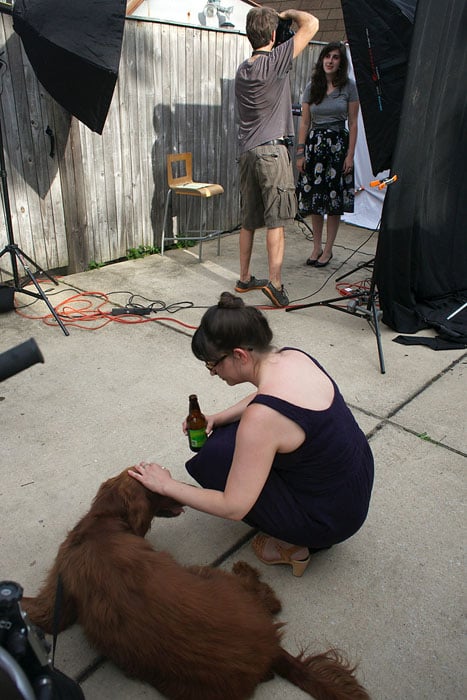 The other day for example, I was looking at one of my favorite Picassos, a portrait of a woman from his blue period. It inspired me to try a lighting set up with some gels, which I had set up by 10am. By noon I had shot, broken down, made some coffee, and was looking at some nice new portraits on my computer. The convenience of this project, the ability to get right to the juicy stuff, has done wonders for my motivation — and my portfolio. 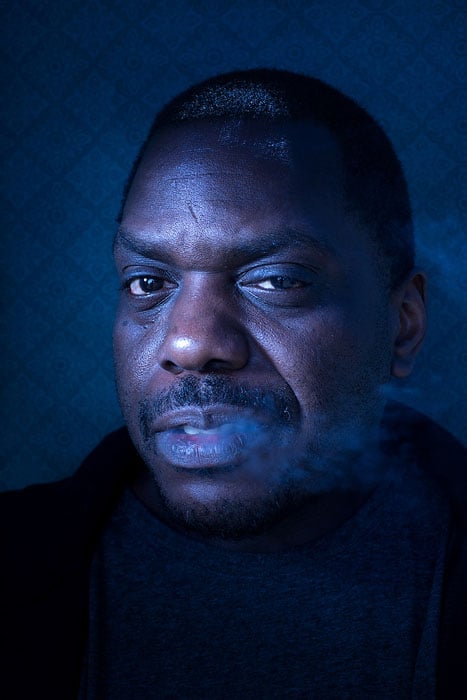 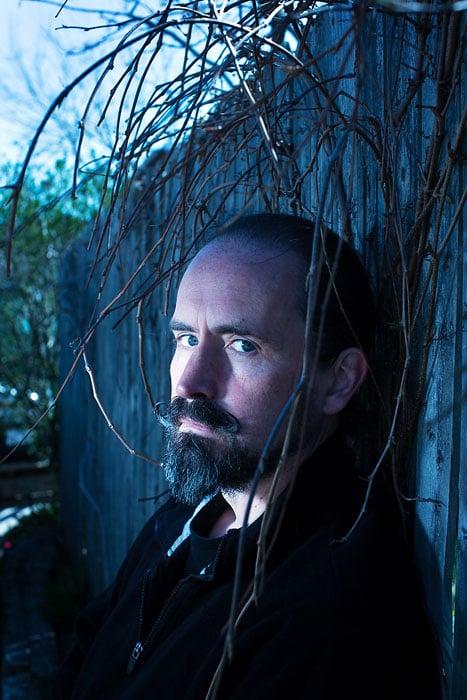 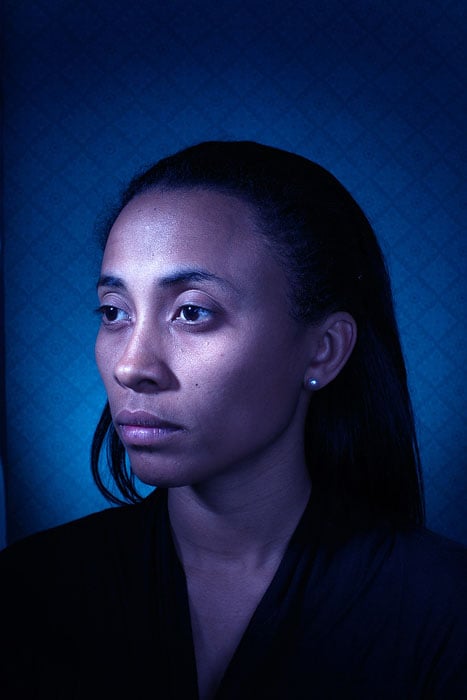 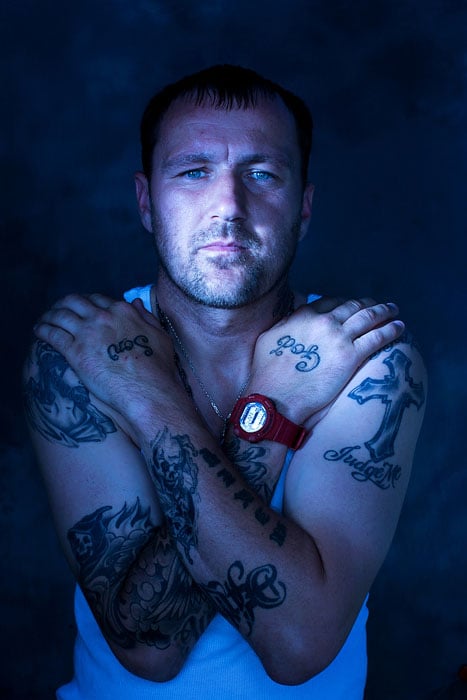 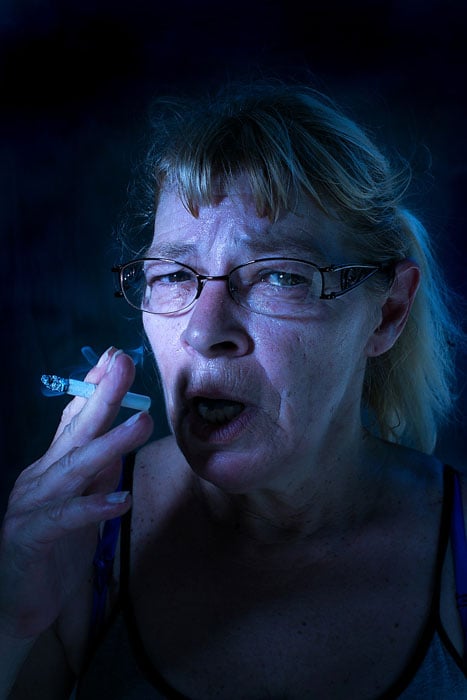 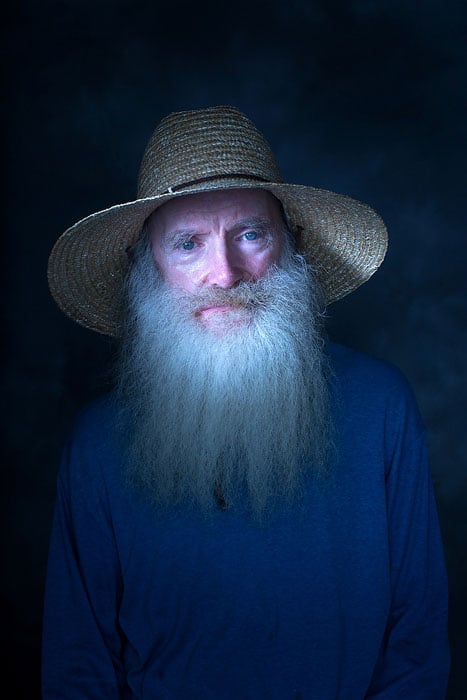 Beyond the pleasures of creation, I love being a photographer because of the array of people I’ve met. I’ve hung out with Pakistani shepherds and Cambodian fisherman, met movies stars and even done family portraits for the Bidens.

The irony exposed by my alley project is that the people I’ve paid the least attention to are the ones who live the closest. But now I’ve met Lou who wears OP shorts and loafers every day of the year, dangerous-looking tattooed Mikey (who is actually quite nice), sexy Stephanie the rock-and-roller, and long-retired Donald, shuffling down the alley with his long white beard and floppy straw hat. 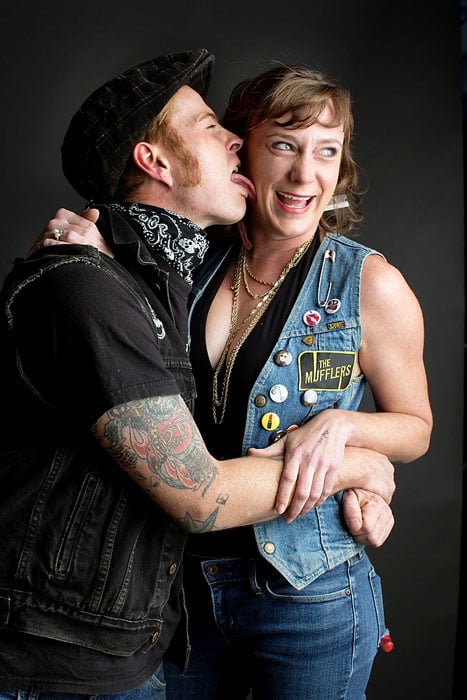 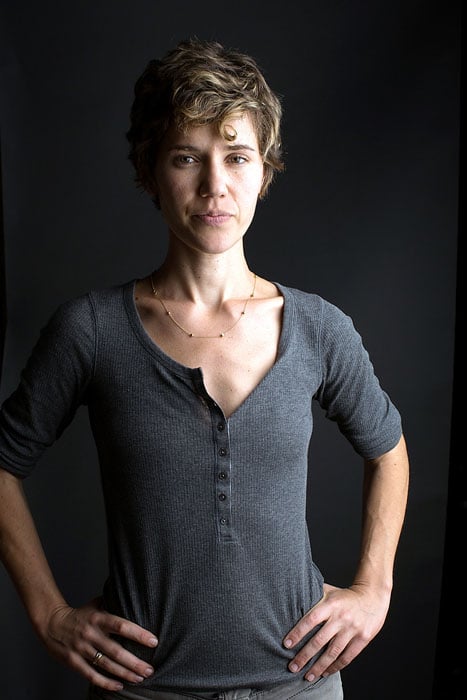 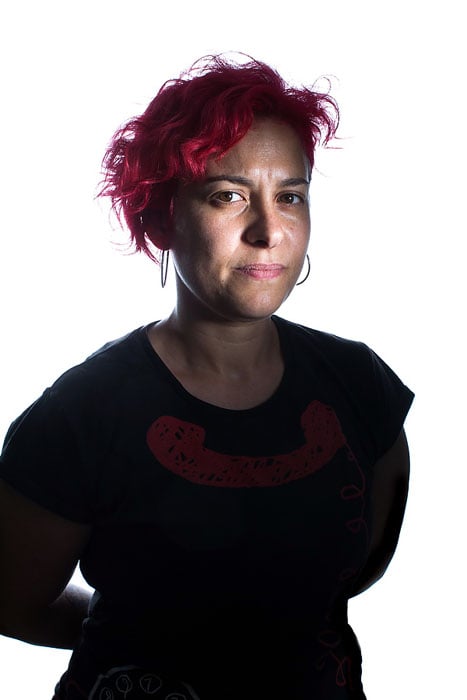 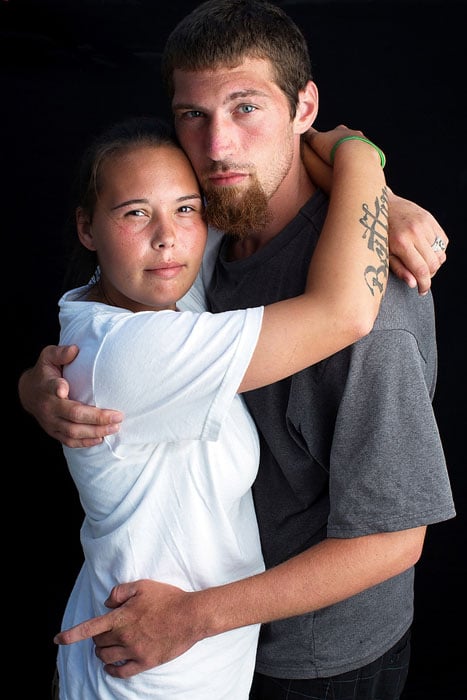 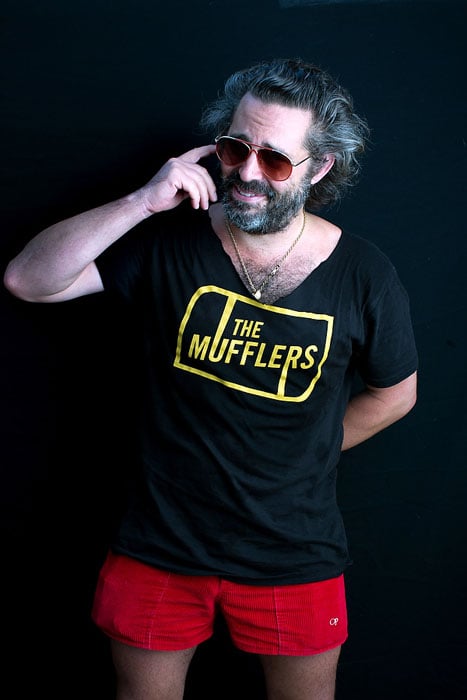 In the end, the greatest thing about taking pictures in my own backyard may be finally getting to know my neighbors.

About the author: Dennis Drenner is a photojournalist and portrait photographer based in Baltimore, Maryland. Dennis’ work has won awards in the national Pictures of the Year competition, three Maryland State Arts Council Grants, an Arthur Burns Fellowship to work at the German magazine Stern, and a Fulbright Fellowship to photograph in Pakistan. His clients include such publications as the Washington Post, New York Times, US News and World Report, The Sunday Times (London), and Der Spiegel (Germany). You can find more of his work and connect with him on his website, Twitter, and Facebook.

Painting the Sky with Camera Drones and Smoke Grenades

The Cheapest DIY Camera Stabilizer Might Be a Shopping Bag