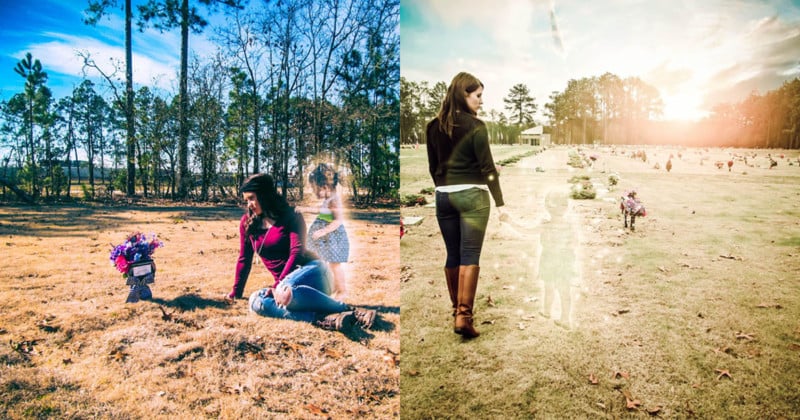 One photographer received quite a shock recently when he found out that one of his clients had been arrested for murdering her daughter. He had been hired by the “grieving” woman to create Photoshopped “ghost girl” photos at the grave site.

Pennsylvania photographer Sunny Jo was originally approached at the beginning of the year by 23-year-old Jeanie Ditty, a soldier stationed at Fort Bragg in North Carolina.

Ditty told Jo that her 2-year-old daughter had recently died after choking on a banana, and that Ditty wanted photos made to remember her daughter with. Jo, who specializes in such tribute photos, agreed to create the photos for free to help Ditty heal from her loss.

The resulting Photoshopped photos show Ditty spending time at the cemetery with her daughter’s ghost. 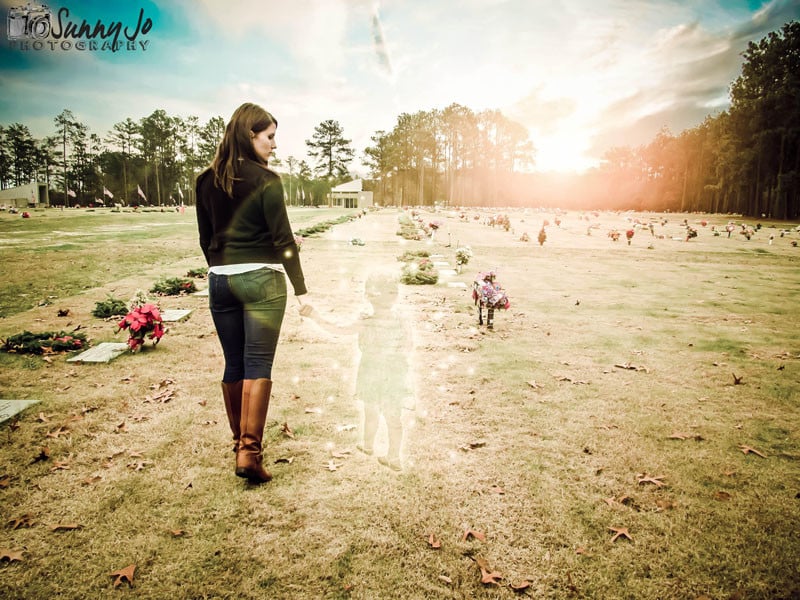 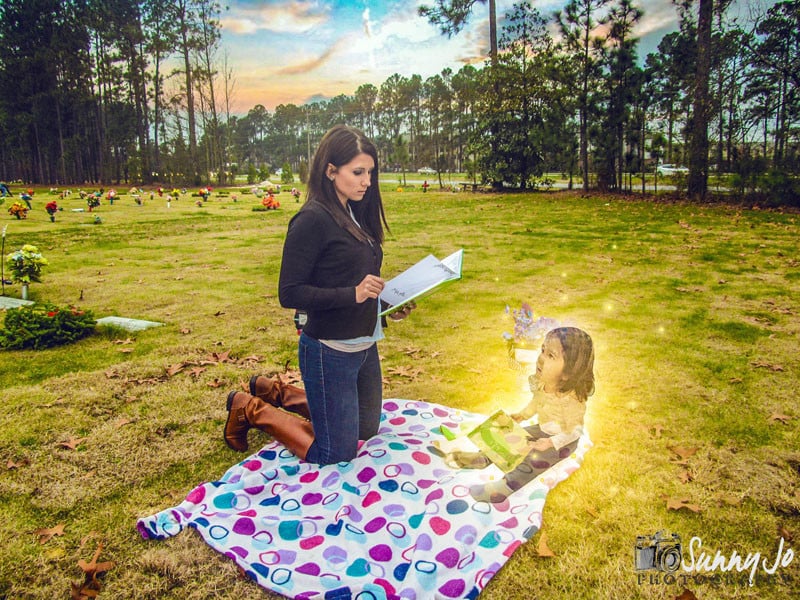 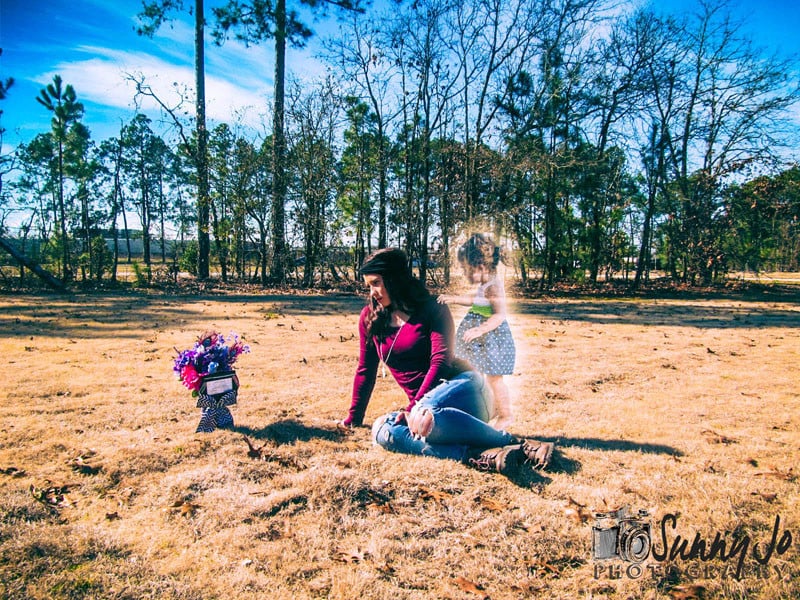 Last week, Jo was floored when he found out that Ditty and her 32-year-old boyfriend had been arrested for charges that include first-degree murder and negligent child abuse. Police say the girl, Mary Grace, showed up at the hospital with bruises consistent with child abuse before dying within days.

“I regret that I’m attached to a situation that is so evil, and is so vile,” Jo tells Fox News. “She seemed like a grieving mother […] [I wanted] to give her some peace… I was fooled.”

Jo has been criticized on social media for the photos, but he says he doesn’t regret making them, as he now considers them a tribute to Mary Grace’s life.

“The reason I am open and talking is because this girl was killed brutally and she doesn’t have a voice,” Jo tells The Daily Mail. “This whole thing is a tribute for Mary Grace.”

Image credits: Photographs by Sunny Jo and used with permission

Missing The Moment And Capturing It At The Same Time