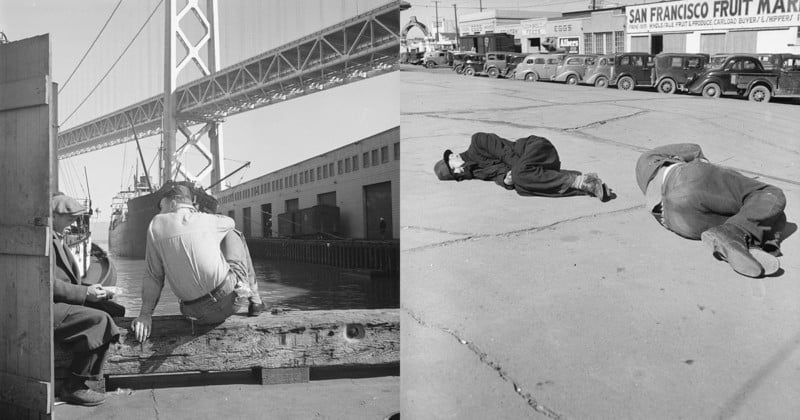 In 1918, photographer Dorothea Lange left New York on a trip to travel the world. That ambitious trip was cut short by a robbery, and Lange ended up settling in the San Francisco Bay Area and opening a studio there. During the Great Depression, Langue took her camera out of the studio and onto the streets to document the country for the Farm Security Administration.


While Lange is best known for her Migrant Mother photo, captured in Nipomo, California, in 1936, Lange took her camera across the continental US for her documentary work:

Among the cities Lange focused her lens on was San Francisco, where she made over 100 photos for the FSA between 1935 and 1939. Here’s a selection of her best photos showing San Francisco during the Great Depression: