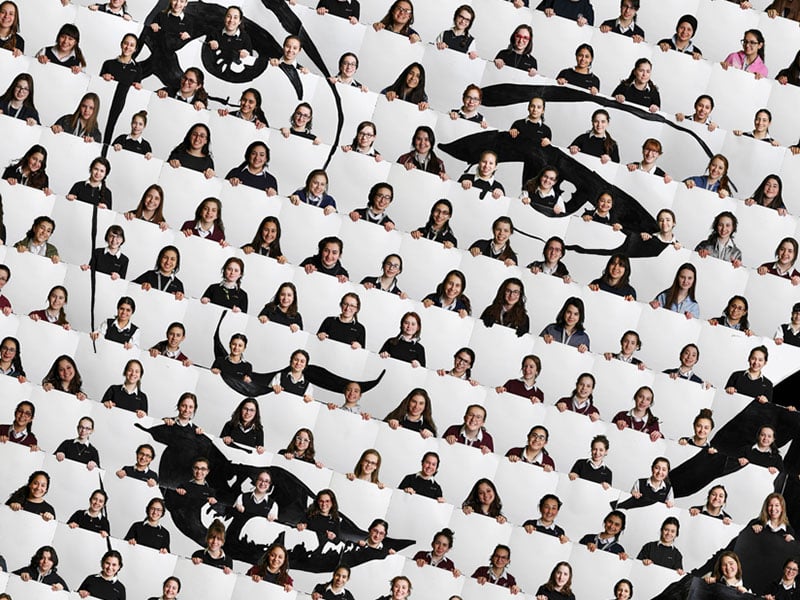 My name is Chaim Perl, and I’m a NYC-based photographer who specializes in large group portraits. If it’s difficult to shoot, I like it. In this post, I’ll share how I created a photo mosaic by shooting 1,000 portraits.

My goal when shooting large groups is to focus on two things:

1. The group as a whole: What mission it represents.

2. The individual: Everyone in that photo is important, everyone is needed.

I was asked to take a photo of 1,000 girls at a high school convention celebrating the birthday of the “Rebbetzin,” and I decided to create an ambitious photo mosaic made up of the individual portraits.

I started by partnering with a local artist Estee Klein who created an original in black and white. We chose this style to simplify the process to reproduce it later. Estee provided me with the original, which I photographed and brought into Photoshop. 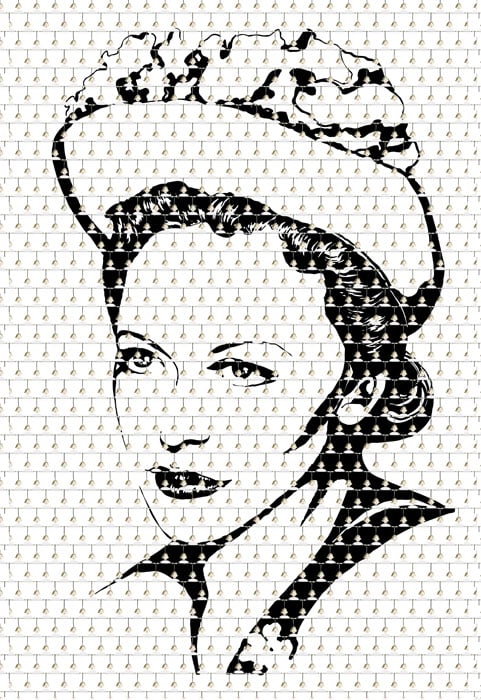 I turned the original into a vector image and re-sized it to the largest size I planned on producing the image: 4×6-feet tall. In pixel dimensions, that’s 14400×21600.

I then started a search for software that could cut the image up into 1000 pieces. I needed the images stay in full resolution and needed each odd row to be equally offset. I failed to find the software that could work with my file size, so I opted to do it manually in Photoshop. 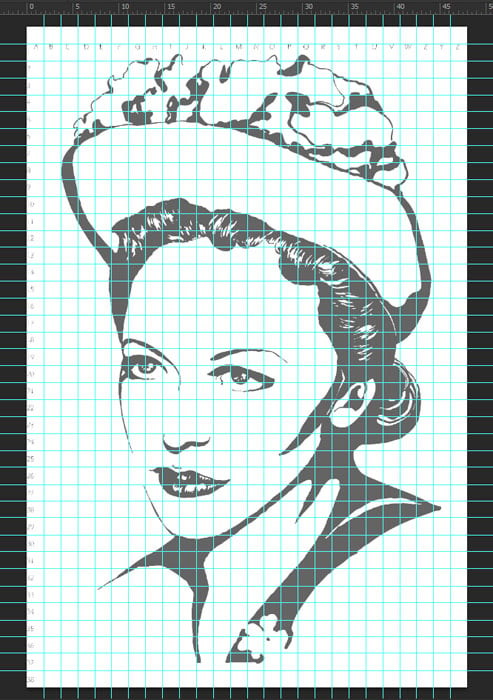 Then I sliced the images again, row by row, keeping any that had black in it, deleting the images that had 100 percent white (as they did not need to get painted). 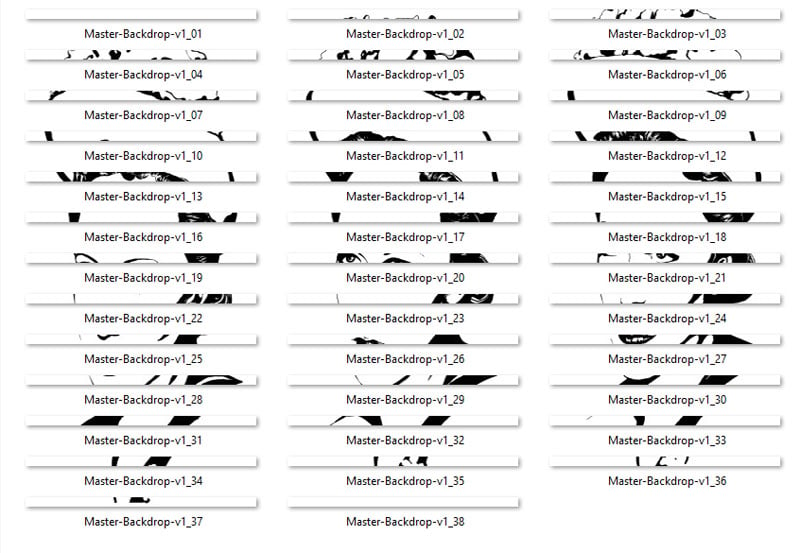 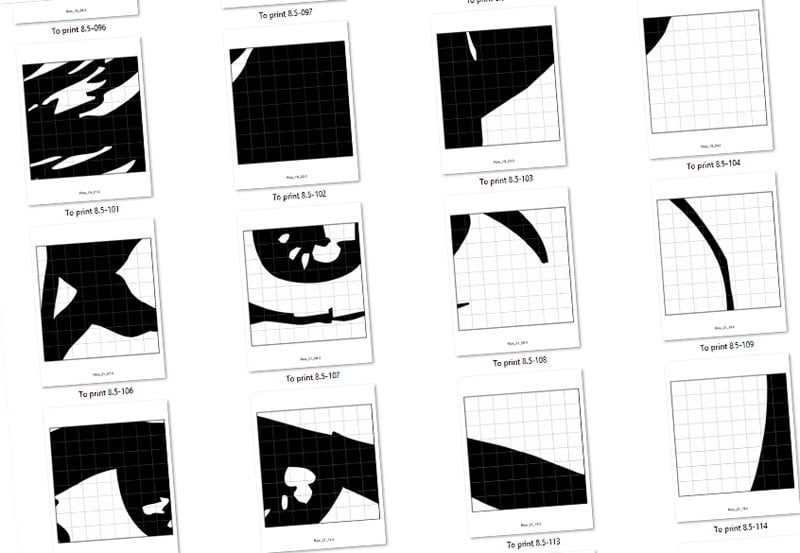 I then added a grid “watermark” in Lightroom, and printed them on regular sized paper. 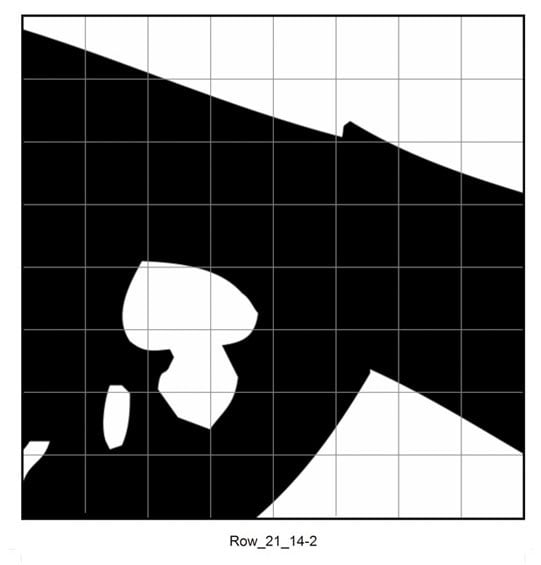 The girls then used the grid as a guide to reproduce each image onto a 22-square paper. 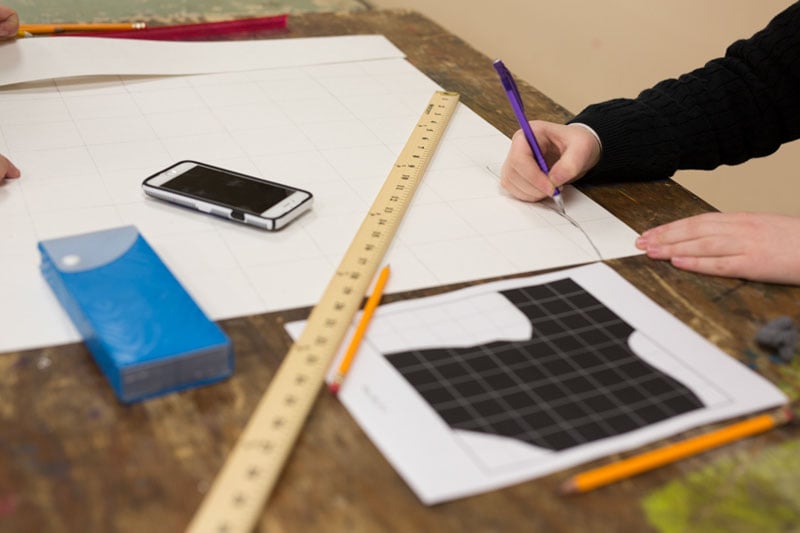 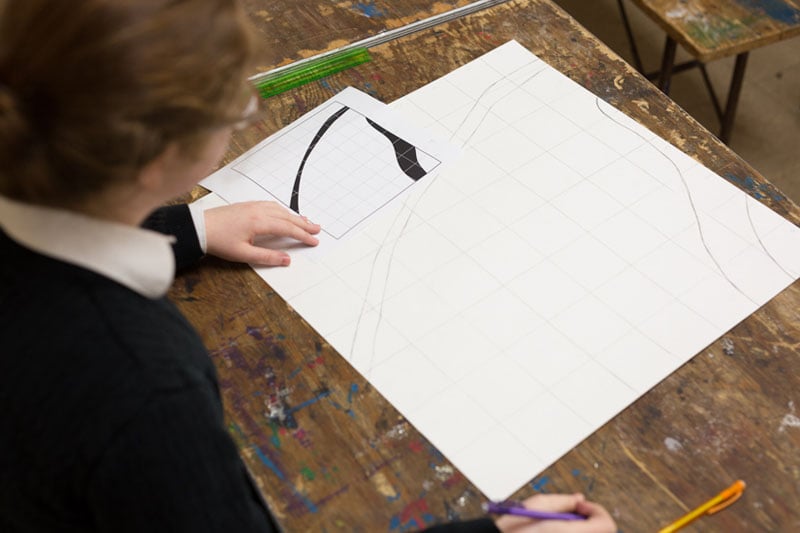 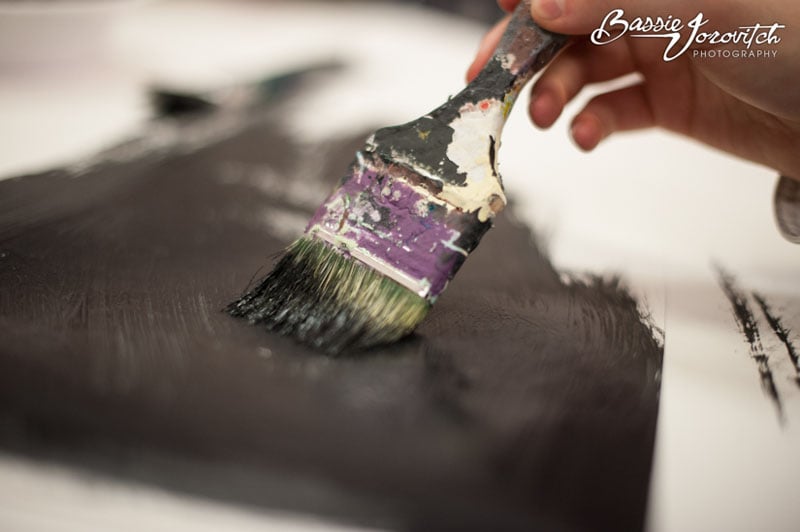 The search for bleachers started right away, it needed to be local and have a set up that was perfect for the portrait image used. No matter where I found some logistical issue row count or budget restricted me, I then went to search grass hills that had the perfect incline, this too failed. I thought about aerial photography, but ruled that out.

Eventually I opted for a photo booth and Photoshop.

How long does it take to shoot 1,000 portraits?

Broken up into 4 sessions over 4 days of a few hours each, I needed to create a fast system to both keep the girls moving while keeping the paintings in order. I had a lot of help from the girls themselves and it was a success.

The first two sessions I took 400 girls, mainly of the paintings that had black in them. At an average of 45 seconds per person, I had the painting swapped and a photo taken. 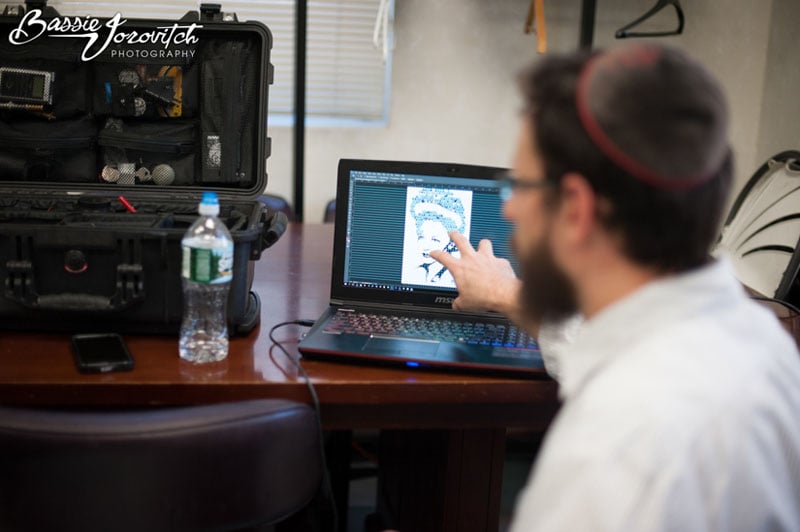 The last two sessions I only needed to shoot the girls with white paper so it went much faster — about 20 seconds per girl.

The painting was mounted on a mic stand, and I had the girls stand on the floor behind it. 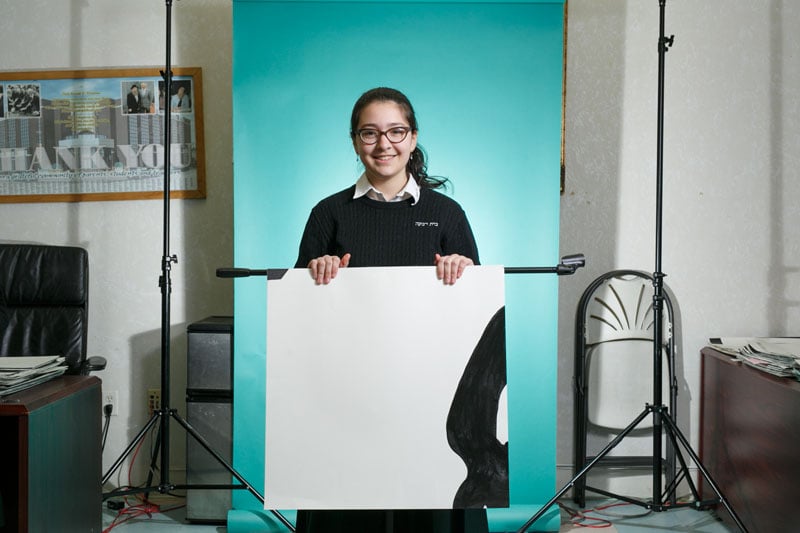 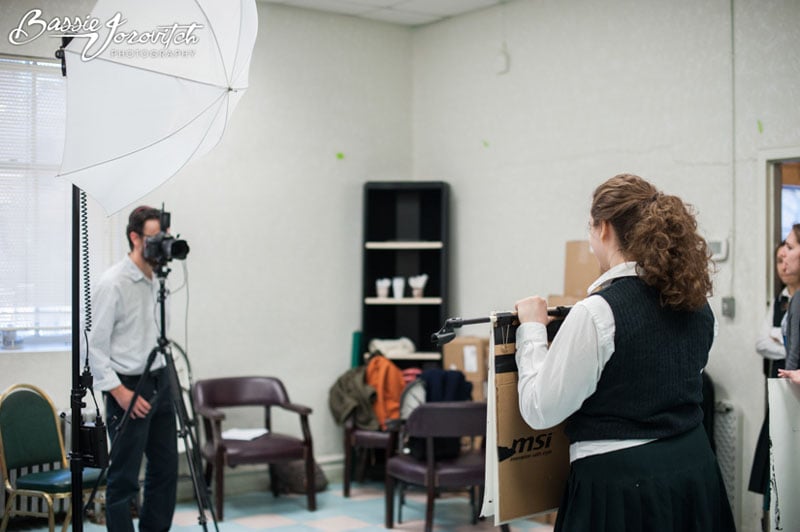 I used a Canon 5D Mark III and Sigma 50mm art. My settings were 1/125 of a second at ISO 500 with a fstop of f/8. I exposed the girls with a simple light setup. One off camera shoot through umbrella and then a small flash behind the girls to illuminate the back drop.

I batch cropped the images in Lightroom and then exported them to the size needed (about 500 pixels wide).

In Photoshop I added guides perfectly placed to help snap the photos into place with the original behind to make sure I was not making any mistakes. 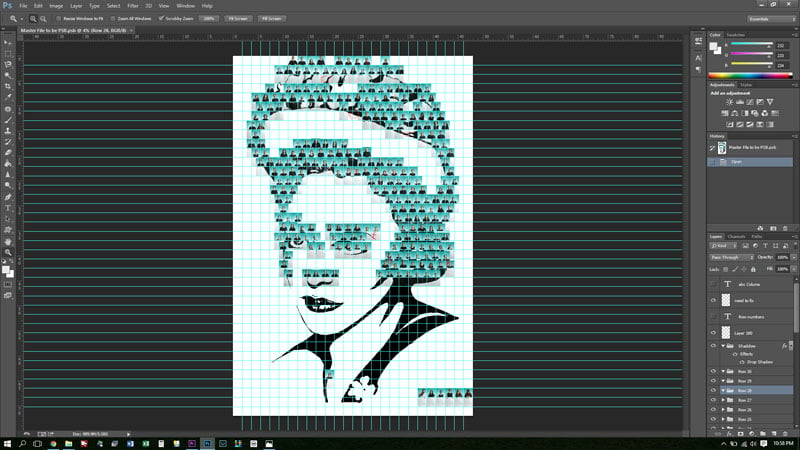 Once I had the images in the correct place I selected the backdrop color and deleted it. 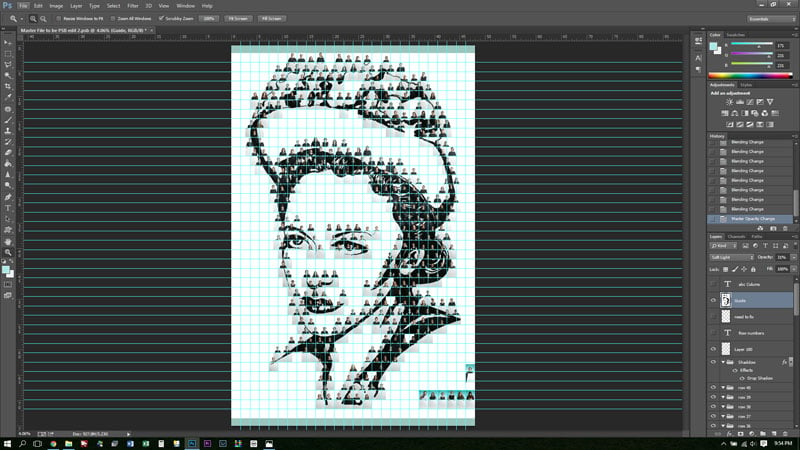 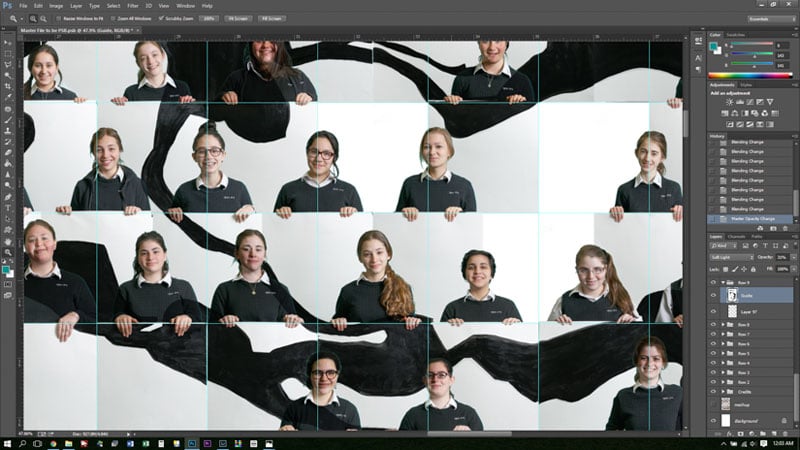 The project was a success and many happy parents and school purchased the image to proudly hang at home or in the school. Here’s the final photo mosaic that was created: 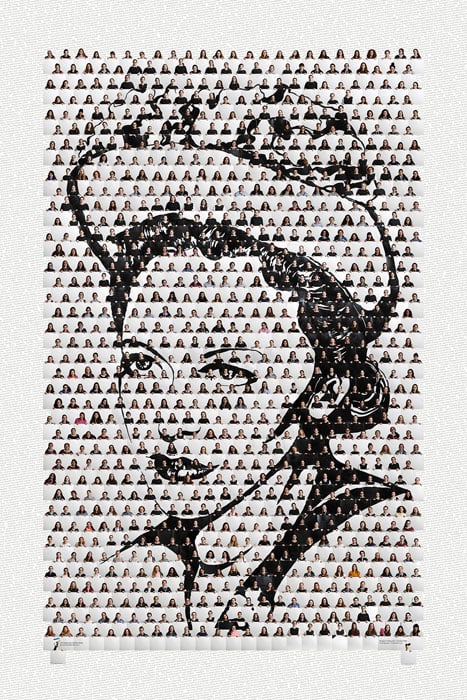 You can interact with the final giant photo portrait mosaic here:

About the author: Chaim Perl is a photographer based in New York City who specializes in large group portrait projects. You can find more of his work on his website.

Parachut is the Netflix of Camera Gear: Unlimited Rentals for $149/Month