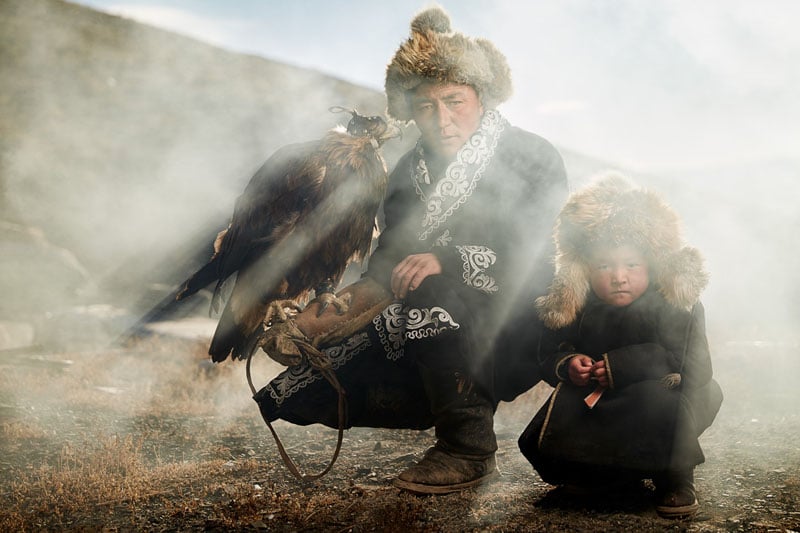 My name is Sasha Leahovcenco, and I’m a photographer based in Los Angeles. Last year, my friend (and project producer) Cale Glendening and I traveled to Mongolia to meet an eagle hunter and spend a week documenting his story.

His name is Konki, and he lives near Deluun Village in the Altai Mountains of Western Mongolia. Originally a herder, he decided to take up the profession of hunting with eagles after his father’s passing 2 years ago. Eagle hunting is a heritage passed from father to son, generation after generation by the beautiful people of the Altai mountains and Mongolian hills. Each day, we woke up at 6am, and had breakfast together with Konki and his cousin.

At 7:30am, another 2 eagle hunters would arrive from the other parts of the mountain where they live, and together our group would go hunting. 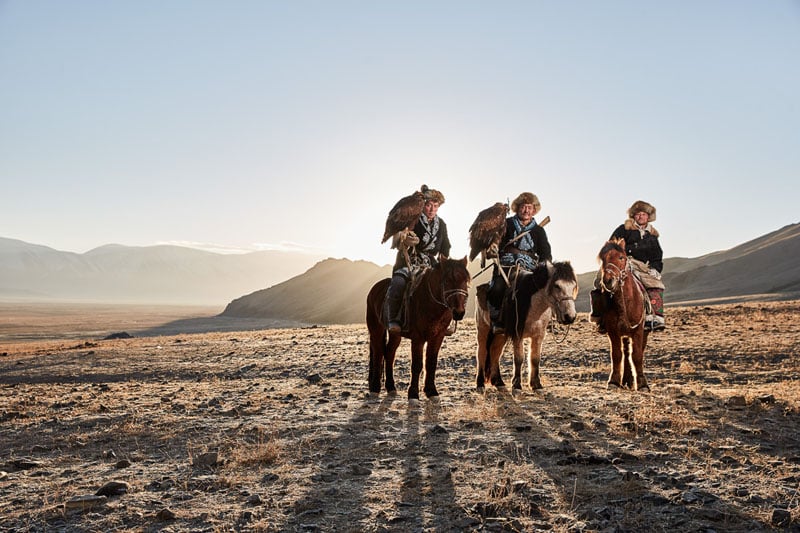 As we traveled around the land with the eagle hunters and herders, we could occasionally stop them for a photo shoot. My goal was to document the life of Mongolian eagle hunters through portraiture — as they hunt, as they herd, and also as they live with their families. 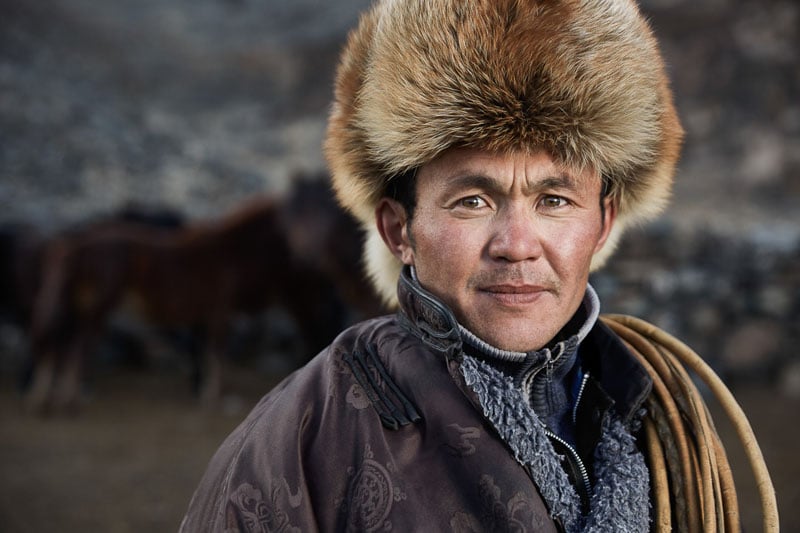 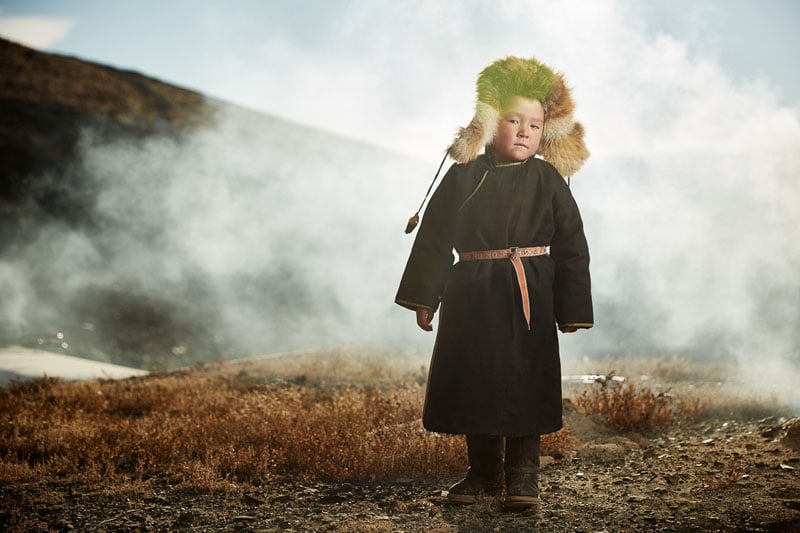 I decided to use a Canon 5D Mark III and a single lens for the project, a Canon 24-70mm II, and one light, a 5-foot octal with an AlienBees B800. The weather conditions were great throughout our stay — a little bit cold, but it didn’t interfere with any of the gear. 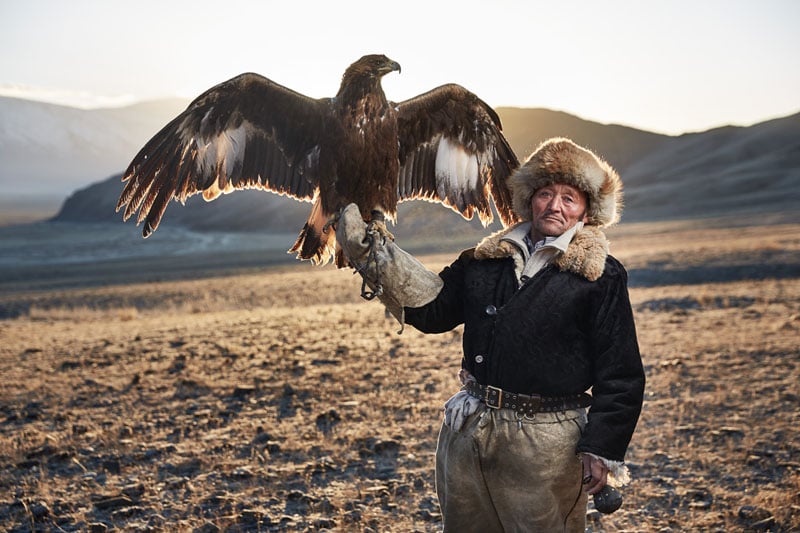 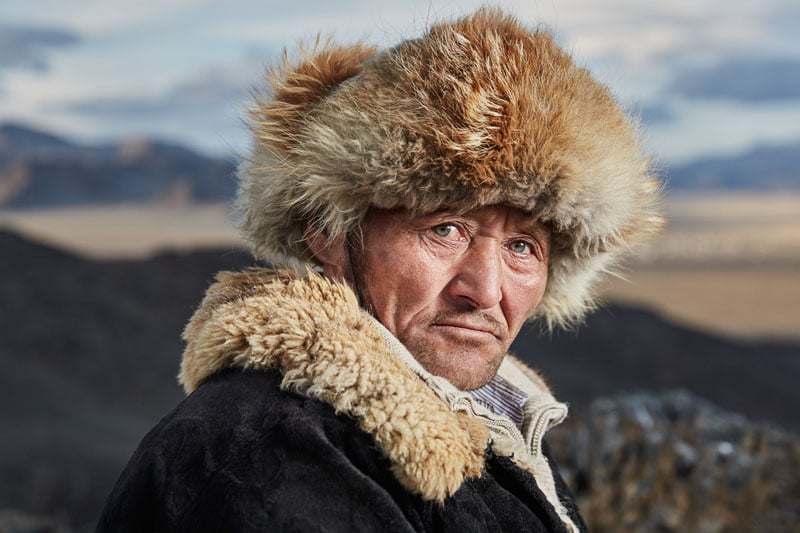 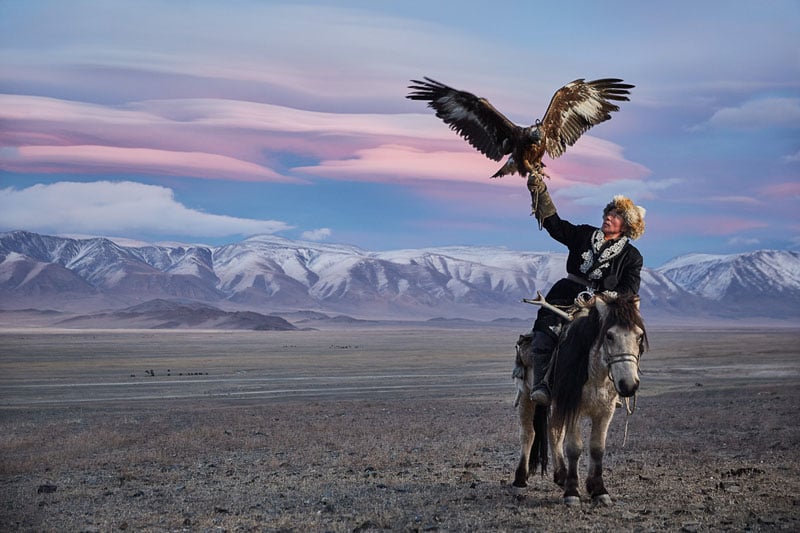 During this trip we had a translator, so it was easy to communicate and ask eagle hunters to look a certain way or do certain things for the photos. 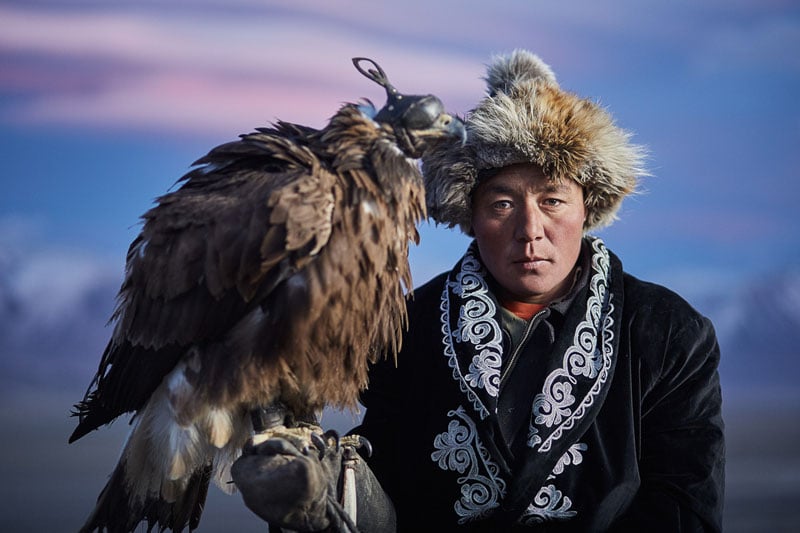 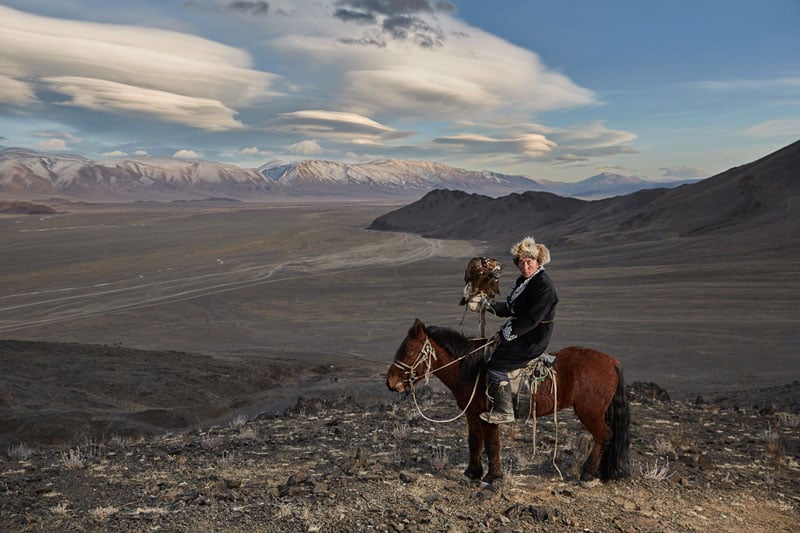 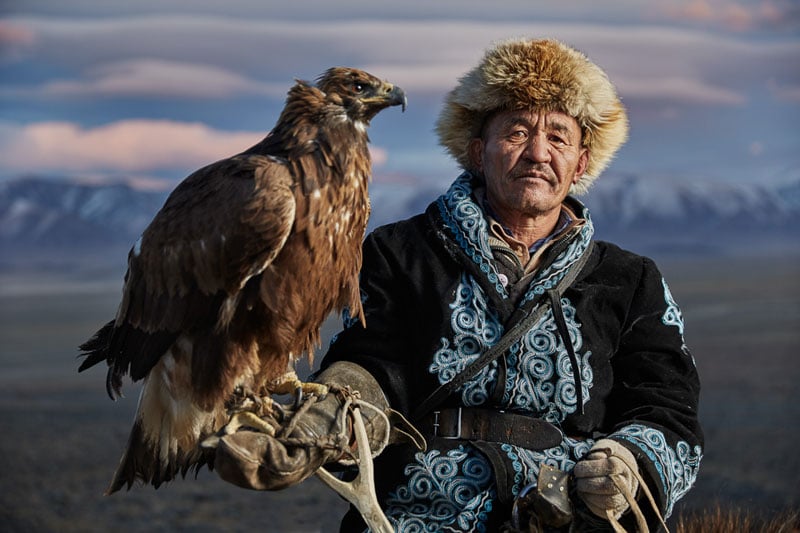 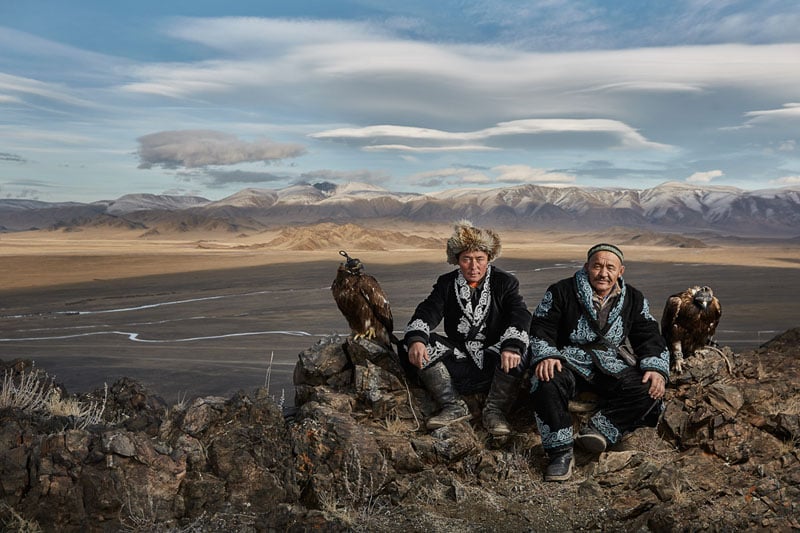 The very first day we arrived, we made sure to explain that the goal of the project was to show the beauty of passing on the traditions which was going on from generation to generation.

I think it helped a lot, as they are truly passionate about keeping the tradition going.

About the author: Sasha Leahovcenco is a photographer and director based in Los Angeles who travels the world to photograph nomadic tribes, pro athletes, musicians, and campaigns for non-profit organizations. You can find more of his work on his website.

This Bazooka Takes Down Drones by Firing Net Rockets