Here’s a 3-minute skate video that has an usual perspective: it was shot through the waist-level viewfinder of a Mamiya RB67 medium format SLR camera. 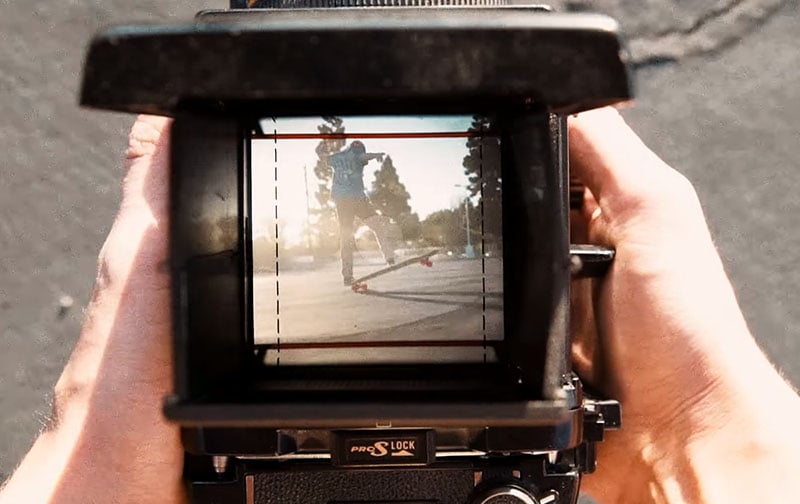 Titled “Through the Looking Glass,” the short film was created by photographer Christian Rosillo for Loaded Boards using a custom-built rig that kept a video camera pointed down at his Mamiya. While filming the video of Adam Stokowski riding a Bhangra longboard, Rosillo also snapped still photos on Kodak Portra 400 film.

The concept of this project is similar to what we saw in the video Paris Through Pentax, which went viral back in August 2014.

Comic: Why You Should Befriend Failure as a Photographer

I Shot Expired Film at the Daytona 500