On a May evening in 2005, a group of us were spending time in my parents’ garage. We’d just graduated from high school days earlier and didn’t know what to do with ourselves. One of many boring nights spent pissing the time away, high on the excitement of graduation and fear of the future; I’m quite sure I’d have forgotten all about that night if it wasn’t for the noise we heard in the driveway.

It wasn’t unusual to hear noises in the driveway, animals regularly raided garbage cans along my street. Our house was on the edge of suburbia, the last street in town; houses lined one side of the road and the forest the other. But this noise was different, it was as if someone was banging or knocking. 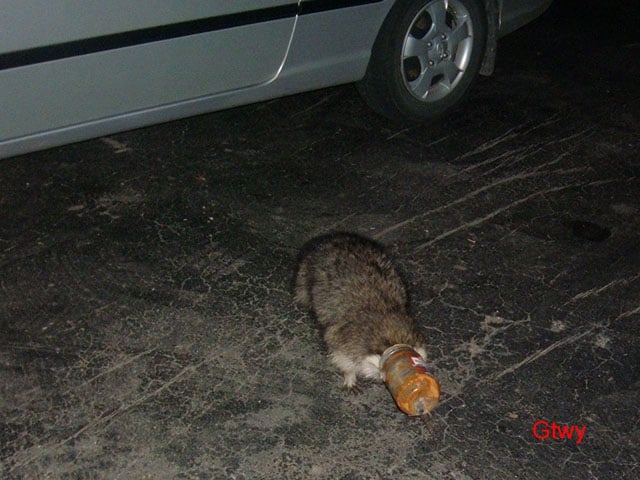 We opened the door and found a raccoon with his head stuck in a Peanut Butter jar. Immediately, we started laughing. The poor fella kept running into Rocco’s car (pictured above) which is what caused all the noise.

My point and shoot camera was already in the garage, we had been playing with it earlier. It was cheap, but it took better photos than cellphones did in 2005. I grabbed it and started shooting. 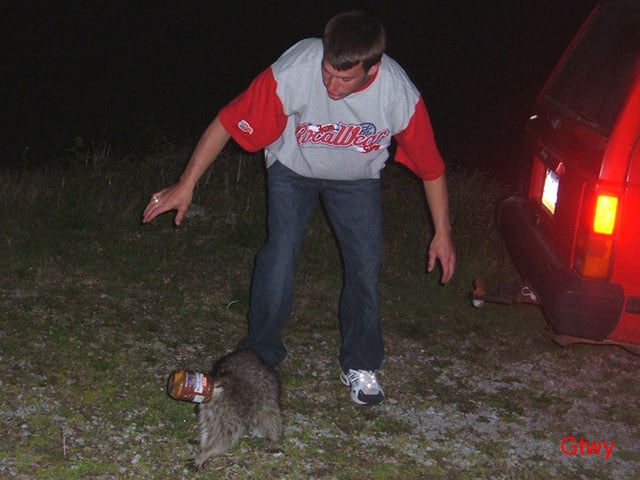 Brad, being the kind soul that he is, risked life and limb to save the raccoon. We chased it across the street until it was cornered. Brad (pictured above) held tight on the jar, lifting the raccoon into the air gently, but the jar would not come off. He had to swing the raccoon around in a circle by the jar before it finally slid off. The raccoon scurried off in one direction and we retreated in the other.

I posted the few photos I had taken onto MySpace and DeviantArt and that was that. We didn’t think much about it again. I didn’t even bother to save the originals. All that I have now are these 800×600 watermarked versions with my (now) two decade old Internet handle Gtwy.

You can imagine my surprise when I received an email from the Smithsonian 8 years later. 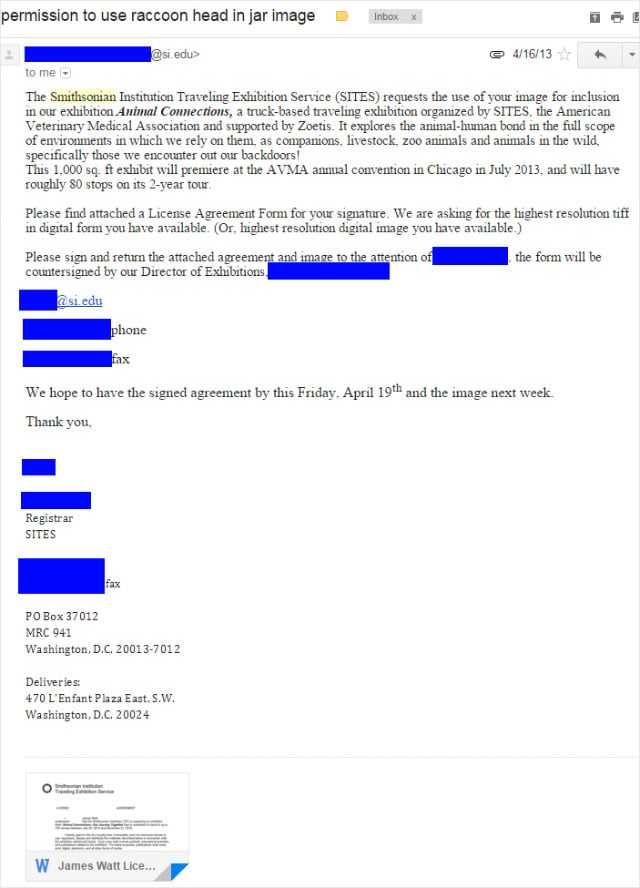 A Smithsonian staff member found them on my old DeviantArt account when looking for photography for a then-upcoming exhibit. Somehow, she tracked my old account there to Tech Direct Services (my business) by jumping from one social profile to another.

Over those 8 years, I had continued to dabble in photography as a hobby. I was now using Digital SLR cameras with a variety of lenses. I had spent countless hours waiting for the right lighting to capture certain scenes… I had spent months mastering the art of processing RAW photos so that each photo’s color popped. But the Smithsonian wasn’t interested in those shots, they wanted this silly one that I captured with a point and shoot when I was still a teenager.

So, of course, I signed their form.

For two years, my photo traveled from place to place in a mobile exhibit. I digitally removed the watermark for them, but they still included my name on a plaque beneath the photo. It was on display for thousand of people during the life of the exhibit, mostly school age children, to demonstrate the effects of human expansion into forested areas.

It just goes to show that the merit of a photograph isn’t necessarily tied to what equipment was used or how much experience the photographer had. I’d like to think that this photo is now sitting in a crypt beneath the Smithsonian in Washington, DC… to be found again hundreds of years after I’m gone.

About the author: James Watt is an IT expert and amateur photographer. You can follow along with his photography work through his Facebook page. This article was also published here.

This ‘Famous’ Photographer is Getting Called Out for His Public Comments