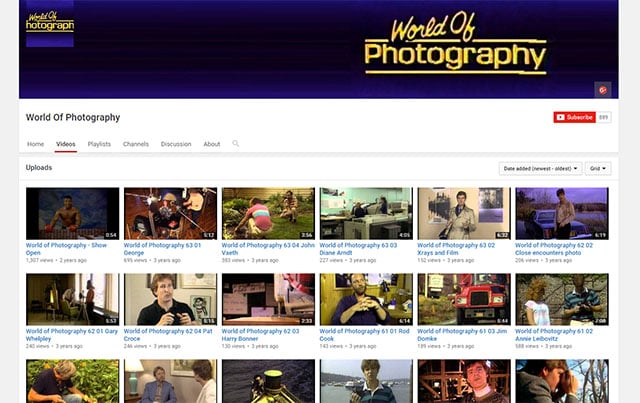 Between 1985 and 1991, ABC, A&E, and The Travel Channel aired a weekly half-hour TV show for photographers titled “World of Photography.” The show was a big influence on a generation of photographers, exposing them to new photographers and photography techniques.

If you were a fan of the show back then, there’s some great news for you now: hundreds of segments from the show can now be found on YouTube.

Over the 6 years of the show’s life on air, there were over 175 episodes that included over 450 short segments. About 200 of those segments have been uploaded to a new “World of Photography” channel on YouTube.

“Photography has changed greatly over the last twenty-plus years, but much of the program content from ‘World of Photography’ is extremely relevant to today’s digital photographer,” the channel’s description says.

Some of the segments you’ll find are pure gold — a number of notable photographers make appearances. Here’s a taste to whet your appetite:

You can find the complete set of ~200 videos here.