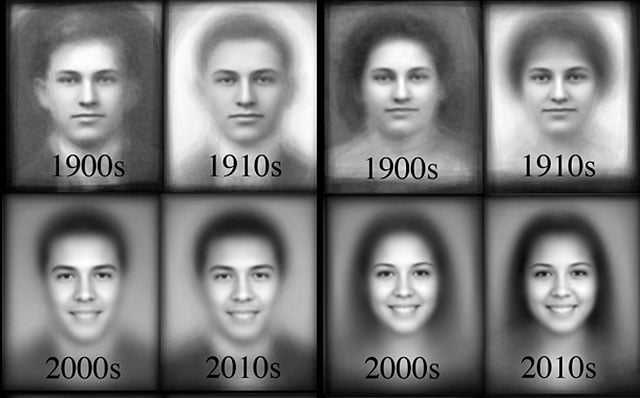 Smiling is a relatively recent phenomenon in the history of photography. If you take a look at photos from many decades ago, people commonly wore stoic expressions on their faces and portraits were a much more serious affair.

Researchers at UC Berkeley recently crunched through an enormous trove of high school yearbook photos to show how smiling and portraits have evolved over the past 100+ years.

The group, led by PhD student Shiry Ginosar, started by downloading 150,000 portraits that were digitized by local libraries across the US — photos going as far back as 1905.

Using machine vision to filter out everything but full-frontal portraits, they whittled the collection down to 37,000 photos from 800 yearbooks in 26 US states.

Finally, the researchers group the photos by decade and then blended the faces to create a single “average” face for each decade.

Here’s how smiles have changed for men over the past century: 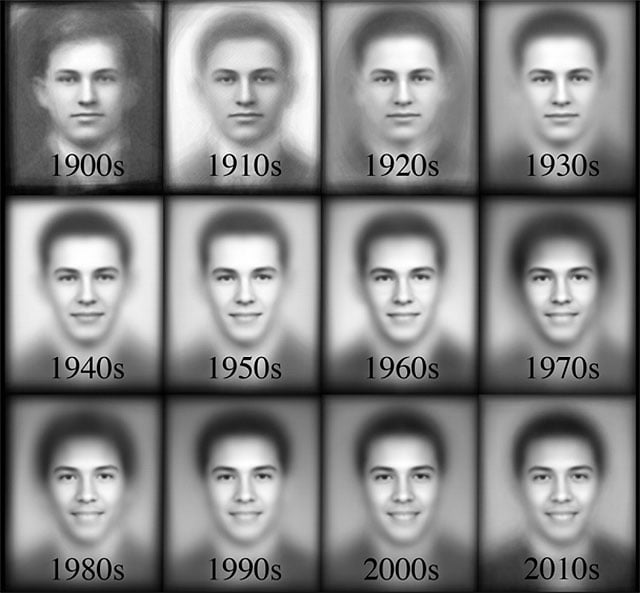 Here’s how smiles have changed on women’s faces during that same period: 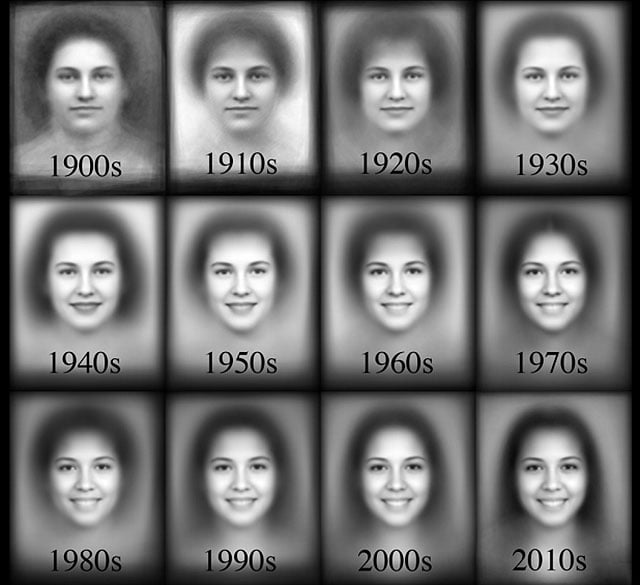 As you can see, for both men and women, portraits evolved from being a mere twinkle in the eyes in the 1900s to toothy smiles in the 2010s.

The study also revealed another interesting finding: “Women significantly and consistently smile more than men” — something that has already been known and discussed for decades.

(via Arxiv.org via MIT via Engadget)

A Tour of the Fujifilm Factory in Sendai, Japan

A Wedding Photographed Through the Eyes of Guests