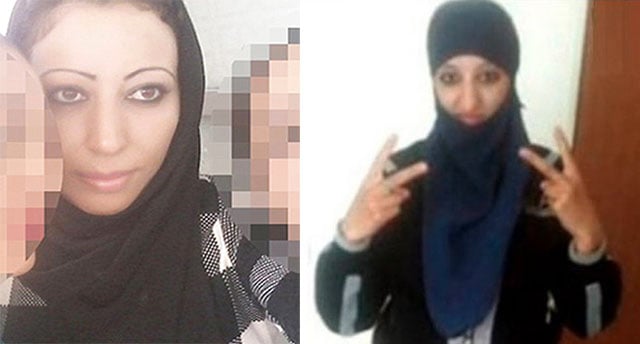 Earlier this month, we shared how a Sikh man named Veerender Jubbal was misidentified as a Paris attack terrorist after someone maliciously Photoshopped a selfie he took. A similar thing just happened to a Moroccan woman.

Nabila Bakkatha was misidentified by major media outlets as Hasna Ait Boulahcen, the terrorist suspect who died in a suicide vest explosion a week ago during a police raid in France. It turns out a former friend sold Bakkatha’s photo to a journalist.

The Daily Mail was the main offender in this case, publishing “exclusive” scoops with Bakkatha’s photos, identifying her as Boulahcen and labeling her Europe’s “first female suicide bomber.” 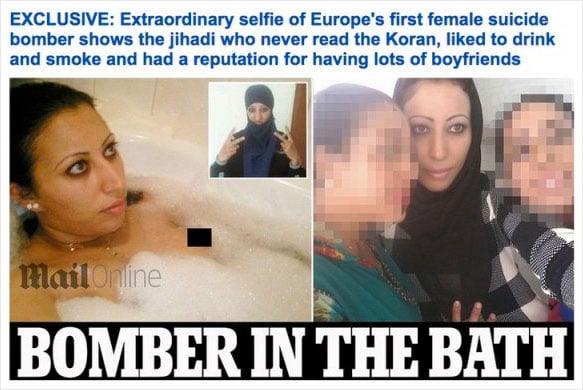 From there, the photos spread around the world as major media outlets picked them up for video, Web, and print. The New York Post put a photo of Bakkatha in a bathtub on its front page for Friday’s cover story: 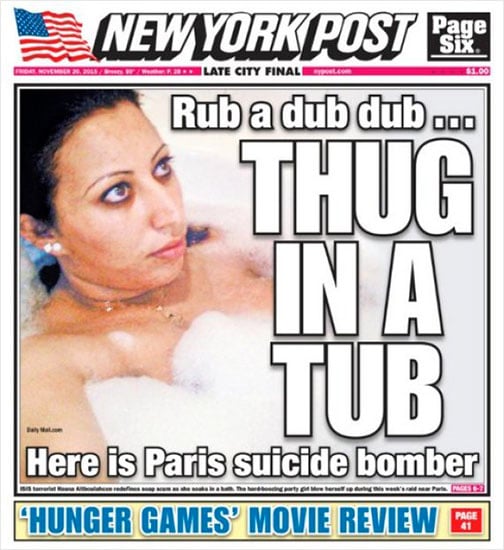 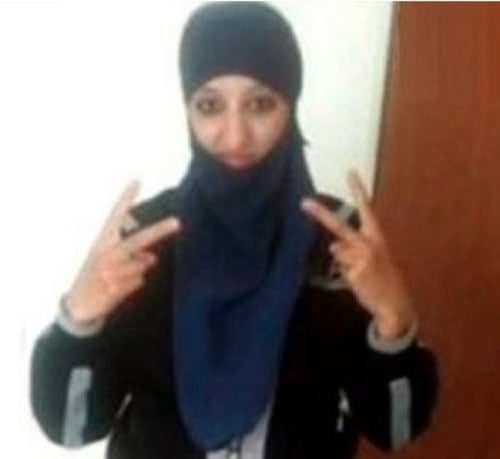 Bakkatha, who’s alive and well in Morocco, was shocked to find her photos used in stories about the terrorist. “[My] similarities in looks with her are so minimal,” Bakkatha tells CNN. “Whoever compares our pictures will spot the differences and that we don’t look like each other at all.”

She says her photo was taken by a former friend she made while living in France, who sold it to a French journalist in an act of “revenge.”

Media company AJ+ located Bakkatha in Morocco after itself falsely portraying her as the terrorist. Here’s an interview:

This woman was falsely portrayed as a suicide bomber by media outlets, including AJ+. We found her in Morocco.

“The journalist didn’t research or anything,” Bakkatha says. “He just published [the photos] he got.”

Bakkatha says she can’t go outside anymore because she’s constantly living in fear. She’s also planning on suing the woman who sold her photos, as well as the French journalist who bought and published them.