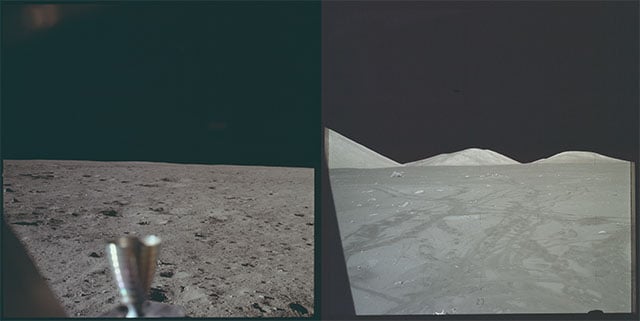 These are the first and last photos that were taken by NASA’s Apollo mission astronauts on the surface of the moon. They bookend the entire set of lunar images that can be found in the Project Apollo Archive.

The first photo was captured on July 21, 1969, during the Apollo 11 mission, the first human landing on the moon (found on Hasselblad film magazine 37/R in the archives): 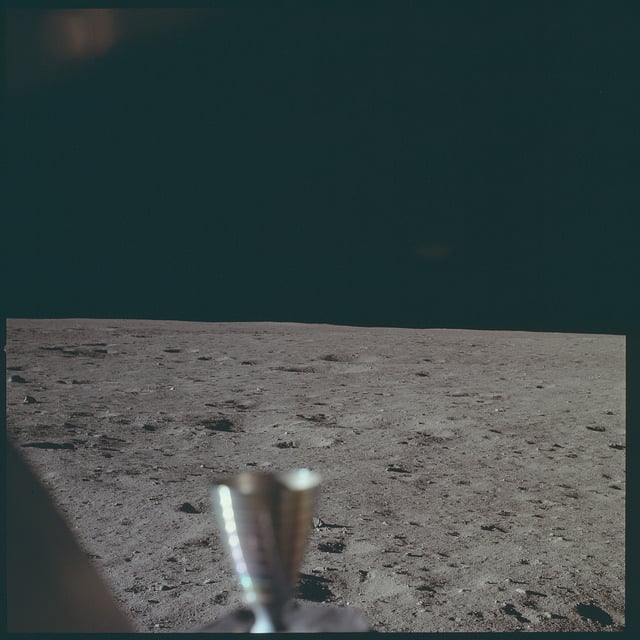 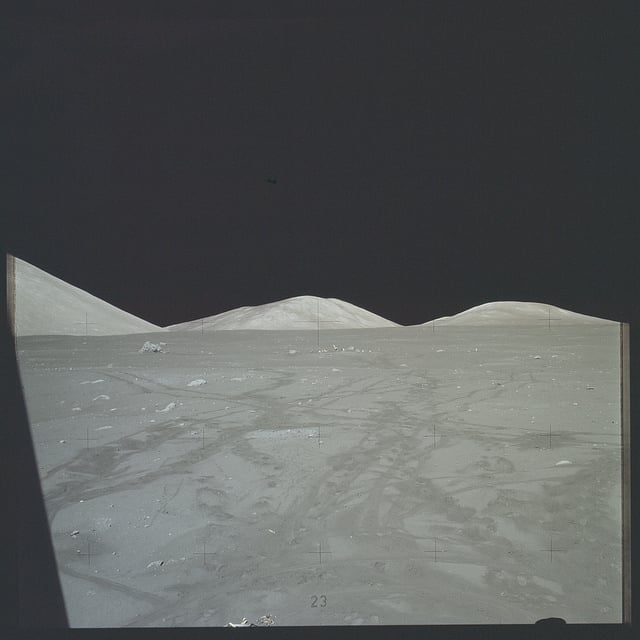 The images above are the first and last photos captured up to this point, but they almost certainly won’t be the last ones ever made. Europe, Russia, and China are all working on proposed manned moon landing missions that will happen before 2030 if everything goes according to schedule.