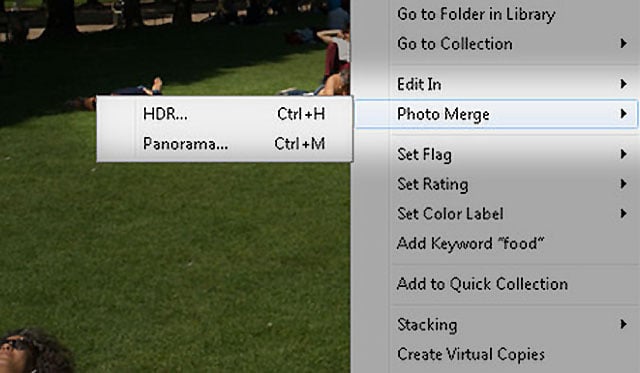 HDR photo merging has been around for a while, but only recently has it been implemented inside Adobe’s Lightroom. In this article I will show a brief tutorial on how to use it inside LR and explain the pros and cons of this technique based on my own experience and photographic technique.

The photos were shot in a recent visit to Paris, using an A99 with several Minolta lenses (24mm f/2.8, 35mm f/2.0 RS & 50mm f/1.4) and a circular polarizer made by Haida. Except for one image, all editing was done inside LR, using the basic editing tools and HDR photo merge. The technique I had used to capture these images is quite simple, the camera was set to shutter bracketing with 2EV increments resulting in 3 shots with different exposures.

The main advantage of editing in LR is speed, you can quickly get an acceptable natural result, edit your HDR image as a single file without investing too much time in tedious HDR editing techniques. However, if we want a perfect HDR image, other solutions should be considered. Personally, I find LR HDR to be acceptable for most of my work, and in the rare case that an image requires extensive work, I use a different workflow.

The following are several Images that were edited using this technique. You can see higher resolution versions on an album called “Paris” on my Facebook page. 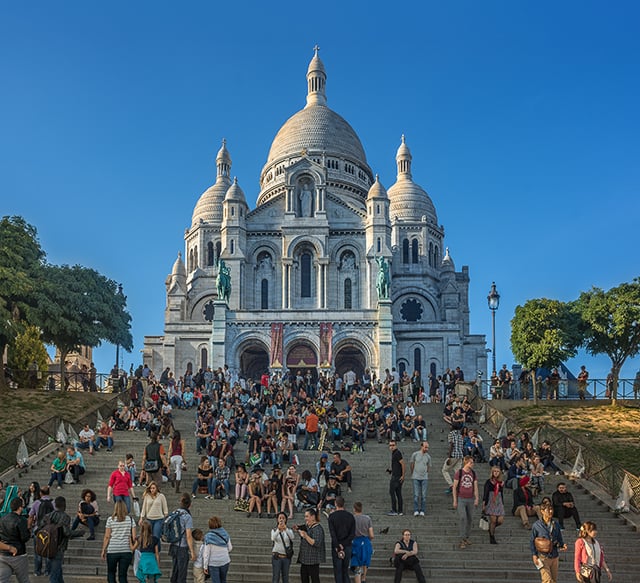 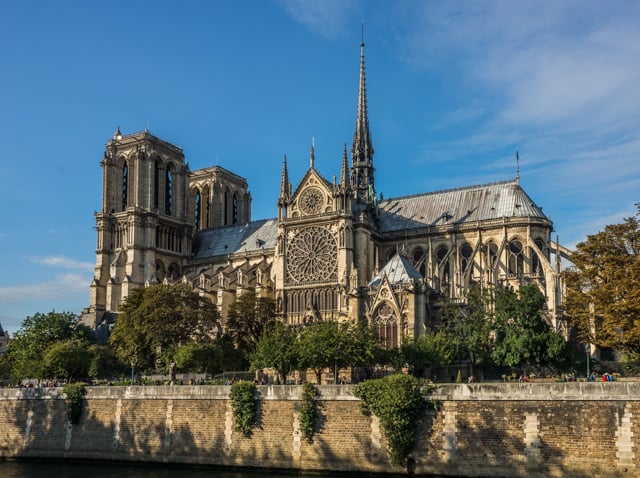 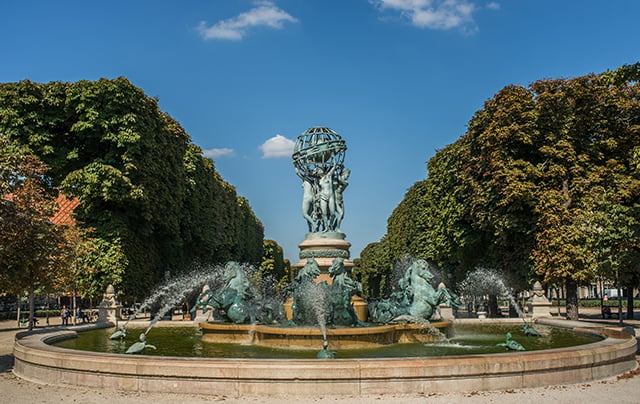 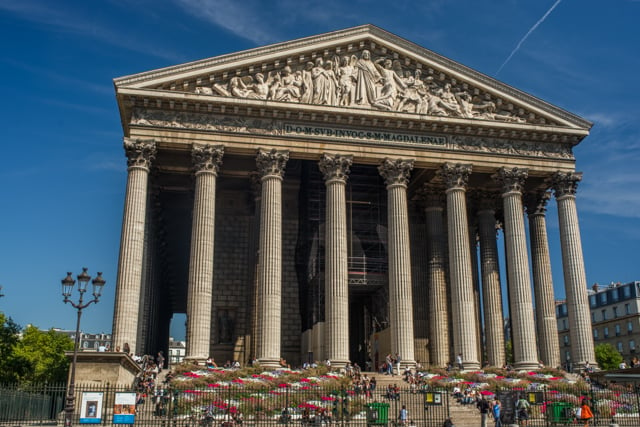 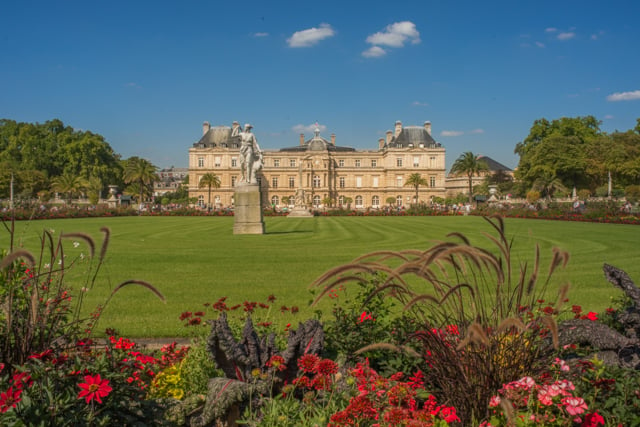 The HDR process begins by selecting those 3 exposures, right clicking them, choosing “Photo Merge”, then choosing “HDR” (or press “Ctrl+H” instead). 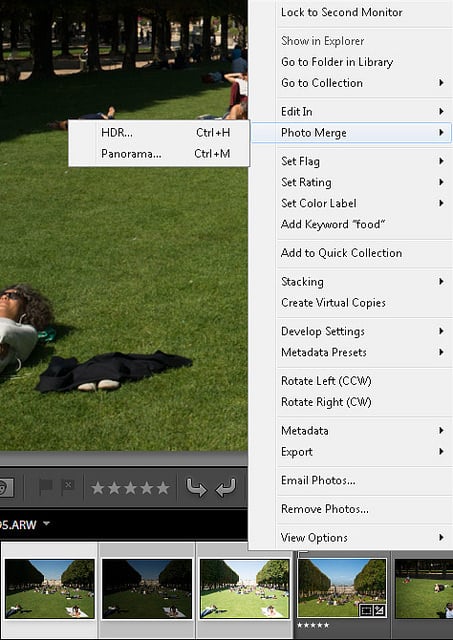 LR will process them and bring up a new window with some HDR related options. We don’t have much to play with, which is good in terms of keeping things as simple as possible, but we lose some control and fine tuning compared to other HDR applications. My technique is based on hand-held bracketed exposure, which means that I need to choose “AUTO ALIGN” as the images vary slightly from frame to frame, even if shutter speeds and burst rate are very high. 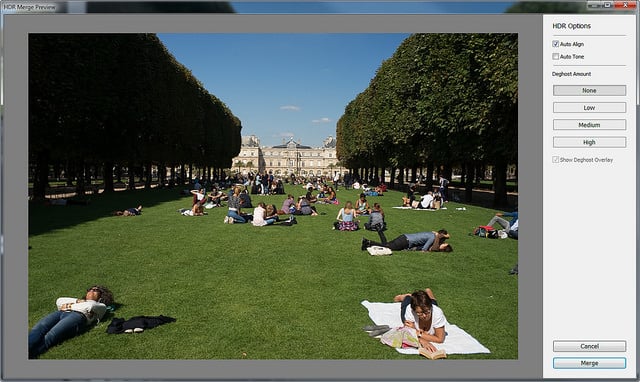 The second option we can choose is “AUTO TONE” (below), personally I do not recommend using this option as it creates something similar to that fake HDR look which is plaguing many images in community. I prefer to get the base HDR image and edit it manually to achieve a more natural look. 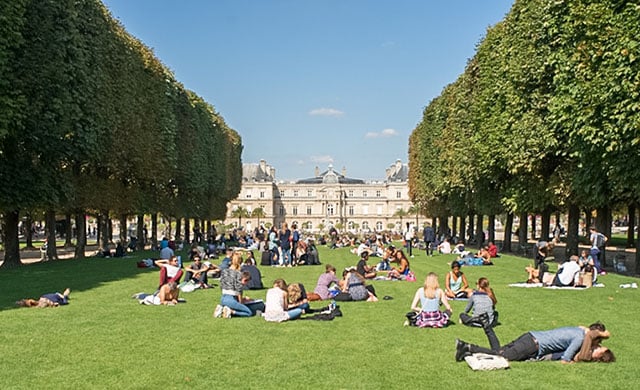 Next we can choose the amount of movement that the deghosting algorithm will hide. The algorithm hides pixels that changed between exposures by replacing them with pixels from the metered image. I recommend that you select “SHOW DEGHOST OVERLAY” in order to visualize which regions and pixels are affected. There are 4 settings for deghosting (NONE, LOW, MEDIUM, HIGH). In the following images you will see how much area each option detects as ghosted in this image. Obviously with “NONE”, no deghosting is being done to the image.

The amount of deghosting that needs to be applied depends on the image. As you can see in the images above, LOW usually doesn’t detect many moving pixels and is very close to NONE. HIGH is usually over enthusiastic and tries to take over too many static pixels such as the trees, the grass and the palace. We also need to keep in mind that replaced pixels won’t benefit from the HDR process, as they are taken from the base exposure, so it is better to use a lower setting.

In the image below, we can see what happens when the HDR pixels are replaced by the metered image pixels. The right side of the image is taken from the HIGH version and the left side from the MEDIUM version of the final HDR process. You can see that the replaced pixels in the HIGH version are extremely noisy and contain less information compared to the HDR pixels in the MEDIUM version.

For most cases I recommend using the MEDIUM setting, and as you can see it detects several people that changed positions between each frame, as they were moving faster than shutter and burst speeds. I hope Adobe will replace these buttons with a control slider.

When everything is working for you, push MERGE. Once the processing is finished you will get a file name with “-HDR” in it. My basic workflow for editing HDR (below) is usually to balance the overall exposure, which this gives us more control when we are increasing exposure and detail in the shadows and reducing exposure in the highlights.

At this point it’s possible to add a little contrast to the HDR image. What this does is basically create a U-shaped histogram by pushing the it toward the highlights and shadows. Contrast helps us define the objects in the scene and boosts up saturation by a small amount. I may choose to add some clarity in order to define the edges (people, houses, trees) and then balance the overall saturation using the Vibrance tool, which balances saturation in the scene by equal amount rather than affecting it equally in one direction. Use White Balance at your own discretion — I like to make my images slightly warmer… especially in a sunny shot. 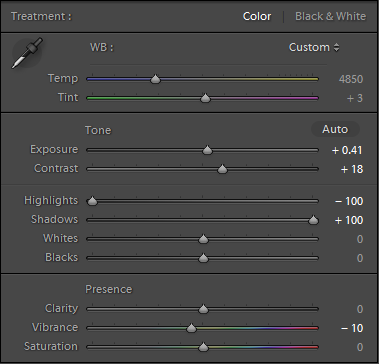 The final image (below) is more balanced and natural than “Auto Tune” and you can further edit it using gradients and brushing (not shown). 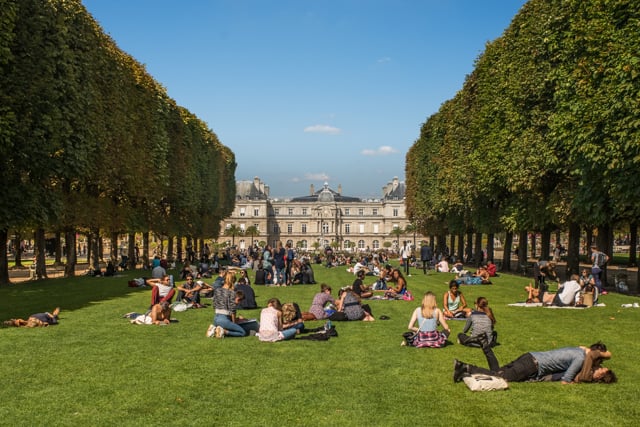 However, Adobe’s HDR algorithm is not perfect. I detected 5 types of artifacts that can be seen in a higher resolution version of the image.

1. Deghosting mistakes: In a complicated image that contains many moving people, these type of artifacts can occur, which are not detectable by the deghosting algorithm using the MEDIUM setting. Its possible that using HIGH these will not show, but HIGH takes over many of the pixels in the image and as I mentioned earlier, HDR may not be applied to them. 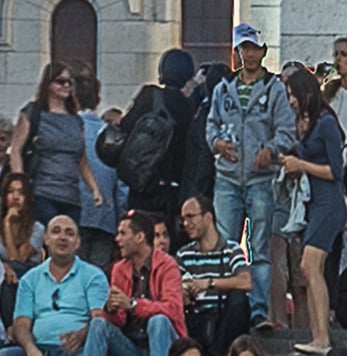 2. Islands: Here you can see between the two figures, another type of artifact that may or may not result from my bracketing technique, using alignment and deghosting. However, it is still something to consider. They are usually very small and hard to detect, even on a full screen. 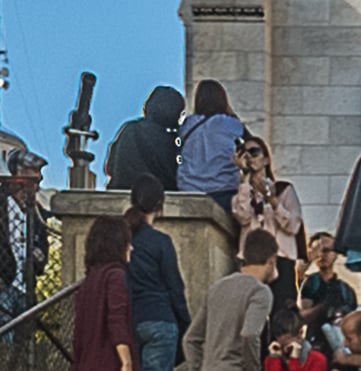 3. Saturated Edges: As you can see on the guy’s hand and leg, these usually happen when there is an edge between a light and a darker area. They are not always detectable in on a full screen. 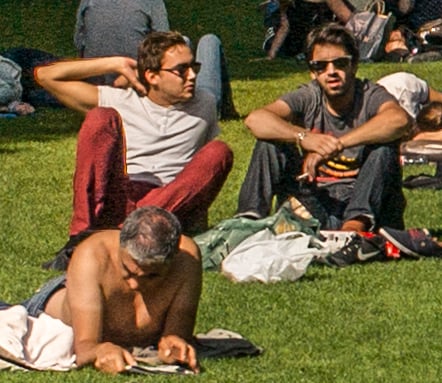 4. Shadow Edges: (below) As you can see on the woman’s face there is a separating line between the shadow and light area. When I inspected the original exposures, the couple did not move. It seems that even with a higher shutter and burst rate the exposures did not fit properly and these may be caused by the Alignment algorithm, it’s worth noting that deghosting on MEDIUM did not detect this area as problematic. 5. Blur: The image below compares between HIGH and MEDIUM settings, on the right is the outcome of using deghosting on HIGH, and on the left its on MEDIUM. If you look closely at the right image just above the couple, you can see that the some of the grass is blurred and some is still sharp. The blurred section is the outcome of the HDR algorithm and the sharp part is the outcome of the deghosting algorithm; this artifact does not exist in the MEDIUM version because those pixels were not replaced by the deghosting algorithm. I only saw this artifact by zooming in really close. To recover some of the sharpness which was lost by the HDR algorithm, I recommend using Photoshop, create a high pass layer from this image, set as 3.0 and then set as an overlay.

Thank you for reading, feel free to leave a comment below if you have any comments or questions.

Beauty Portraits of the Ugliest Dogs in the World