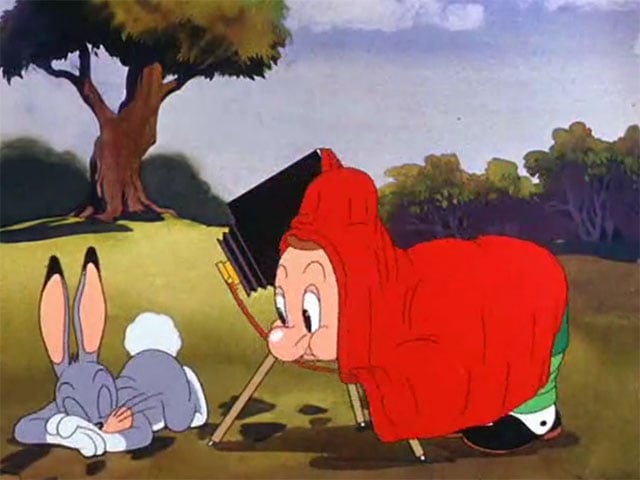 If you grew up watching Looney Tunes cartoons, you probably know Elmer Fudd as the hunter whose life mission is to capture or kill Bugs Bunny. But did you know that Fudd’s character originally started out as a wildlife photographer? In the first episode featuring Fudd, he’s actually a photographer trying to shoot his bunny nemesis with a camera rather than a hunter trying to shoot him with a gun.

The Phoblographer writes that the episode originally aired back in 1939 and is titled “Elmer’s Candid Camera.” It depicts Elmer Fudd as a guy who’s trying to get into the art of wildlife photography.

After getting all his camera gear together, Fudd goes out into the wild to make pictures. He then runs into Happy Rabbit, an early character that went on to become Bugs Bunny. As Fudd tries to capture a perfect shot of the rabbit, the bunny begins to foil the shots and torment Fudd. 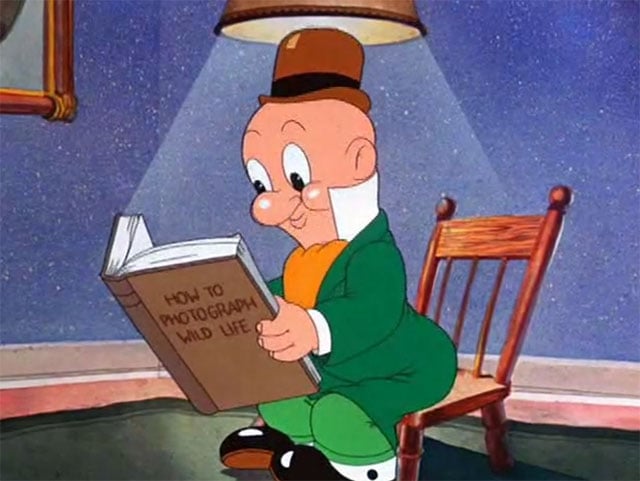 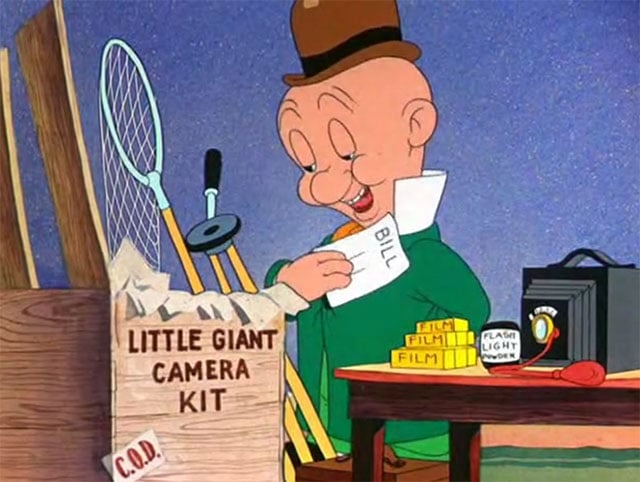 Here’s the 8-minute episode for your enjoyment:

It seems that Fudd was so angry after this failed photography outing that he decided to replace his camera with a gun and become a hunter instead.

Leica SL: A New 24MP Full-Frame Camera to Compete in the Mirrorless War