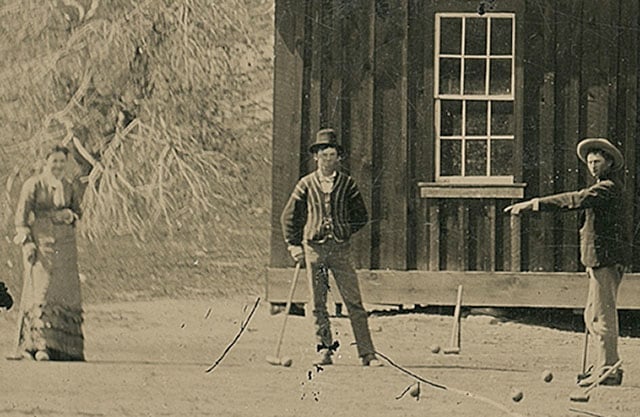 Back in 2010, a man named Randy Guijarro in Fresno, California, found and purchased an old tintype photo for $2 at a junk shop. It turns out that photo is worth up to $5 million because it’s only the second authenticated picture that shows the famous outlaw Billy the Kid.

Kagin’s, the Western American experts that verified the find, announced the discovery earlier this month. The 4×5-inch tintype shows Billy the Kid and members from his gang, The Regulators, playing croquet in the summer of 1878 after a wedding.

It took a year of investigation to authenticate the photo, Kagin’s says. A team of experts investigated every person in the shot, the site where the photo was made, digital facial recognition, and even vintage croquet sets. In the end, they concluded that they have “overwhelming evidence of the image’s authenticity.”

The only other known photo of Billy the Kid was sold back in 2011 for $2.3 million, becoming the 4th most expensive photo ever sold at the time. Other alleged photos of the gunman have appeared over the years, but they have been the subject of controversy and lacked formal authentication.

This new photo, known as “The Billy the Kid Croquet Match Tintype,” has been appraised and insured for $5 million. It’s now being offered for sale exclusively through Kagin’s.

(via Kagin’s via The Guardian)

A Simple Explanation of How Crop Factor Works