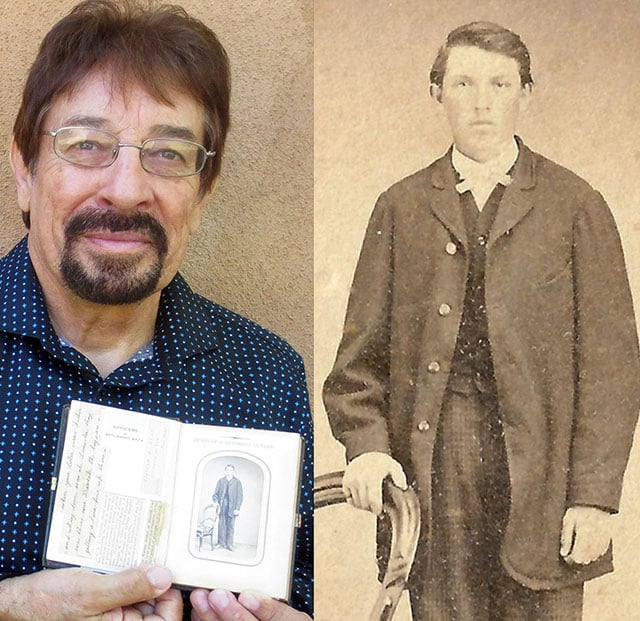 A new photo has emerged that purports to show the infamous outlaw “Billy the Kid” in his younger days, and the owner of the photograph is working hard to convince the world that it’s real. If he’s successful, the payoff could be grand: back in 2011, the only known photo of Billy the Kid was sold at auction for $2.3 million to Bill Koch, becoming one of the most expensive photos on Earth.


The new photo belongs to a New Mexico man named Ray John de Aragon, a well known Billy the Kid collector, who says the photo was given to his father from one of Billy the Kid’s friends.

Aragon has spent years trying to prove to the world that his “old family photo of Billy” is real. More recently, he enlisted the help of Houston Police forensic artist Lois Gibson, who’s well known for identifying the sailor in the iconic photo “V-J Day in Times Square.”

After analyzing the photo and comparing it to the single known photo of Billy the Kid, Gibson has concluded that Aragon’s image is indeed the real thing.

“You can see that it is the same chin, cheek, lip, nose, head shape, shoulder shape, same hair shape,” she tells the New York Daily News. A closer look at the photos also shows the same crooked teeth, she says.

The Houston Chronicle reports that Aragon previously sold another photo that purportedly showed Billy the Kid for $50,000. He will need to find solid evidence if he wishes to earn another big payday with this new photo. Gibson’s support is one big step in that direction.

Shooting Portraits of Superheroes on the Corner of a 1,000-Foot Skyscraper