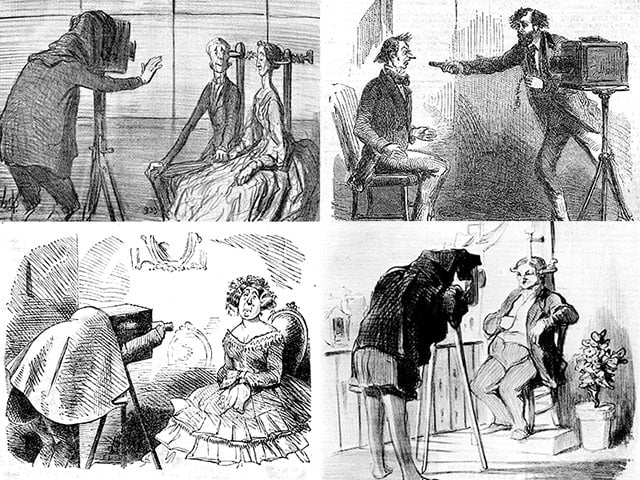 Poet Edgar Allan Poe had glowing things to say about photography after it exploded onto the scene in the mid-1800s. Other commentators in those days weren’t so kind.

There are quite a few cartoons from the 1800s that show a more pessimistic view of photography and its emergence in the world.

Daguerreotypes often required subjects to sit still for very long periods of time during exposures to ensure that they didn’t show up blurry, and this painful fact became a popular thing for cartoonists around the world to poke fun at.

This following two-panel cartoon was published in Punch’s Almanack for 1855. It shows a family posing for a daguerreotype portrait together, but the photo turns out horribly because movement has blurred and distorted the faces: 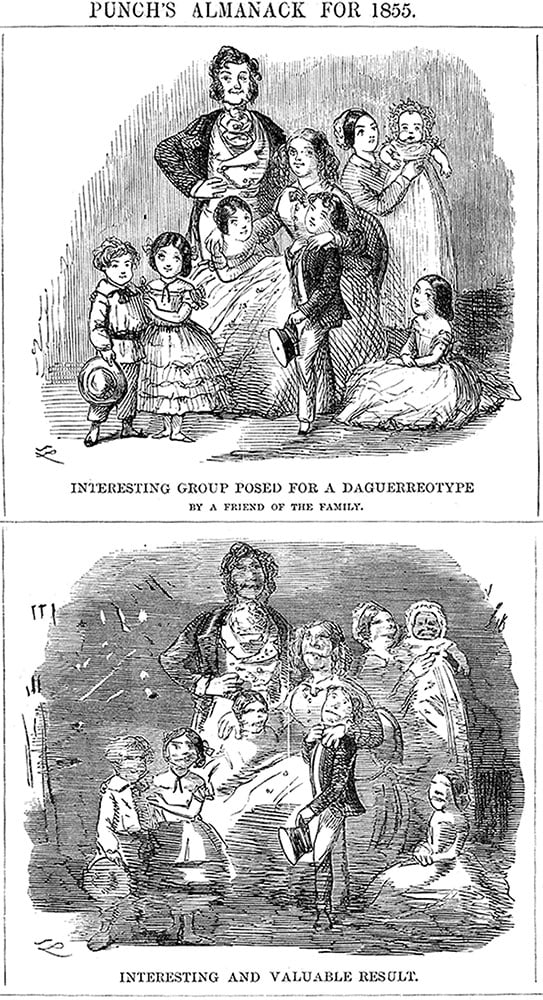 Here’s another one that was published in The New York Journal in 1854: 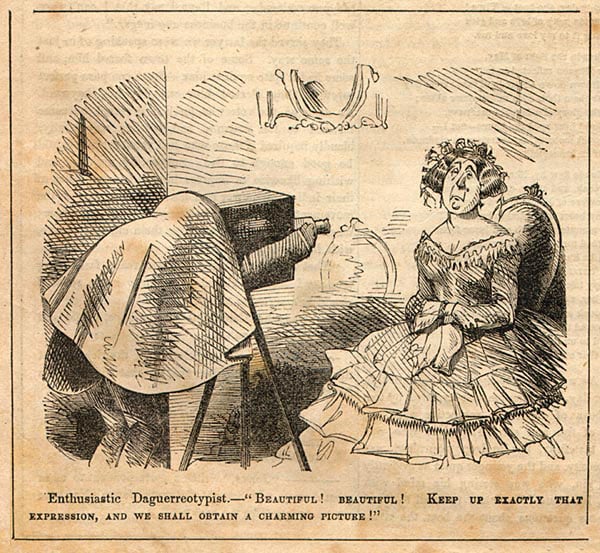 Photographers often used special headrests that would help keep subjects’ heads still while they sat in a chair. Cartoonists took jabs at these contraptions as well. Here’s an 1847 comic by French painter Honoré Daumier. It shows a man with his head fixed in space, and the caption reads, “Recommended position for having a perfect Daguerreotype portrait taken”: 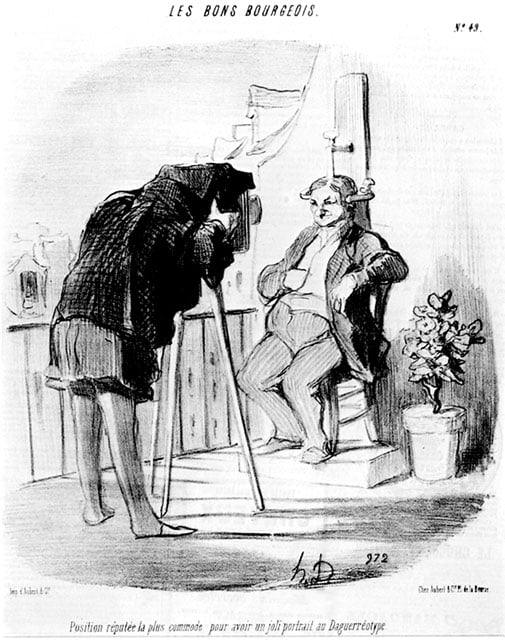 Daumier followed it up with another comic in 1856 — this one captioned “A new process used to achieve graceful poses”: 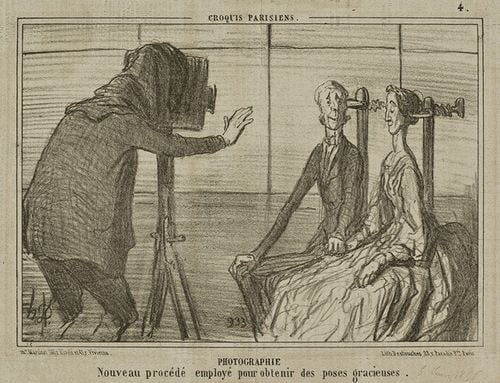 The arrival of photography meant that portrait artists had a major competitor to deal with. This 1843 caricature by Theodor Hosemann shows a photographer depriving a portrait artist of his livelihood: 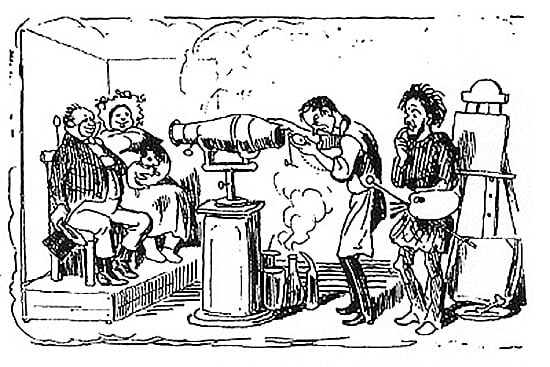 An 1859 comic showing a photographer trying to elicit a pleasant expression from a subject by having him look at an unpleasant painting: 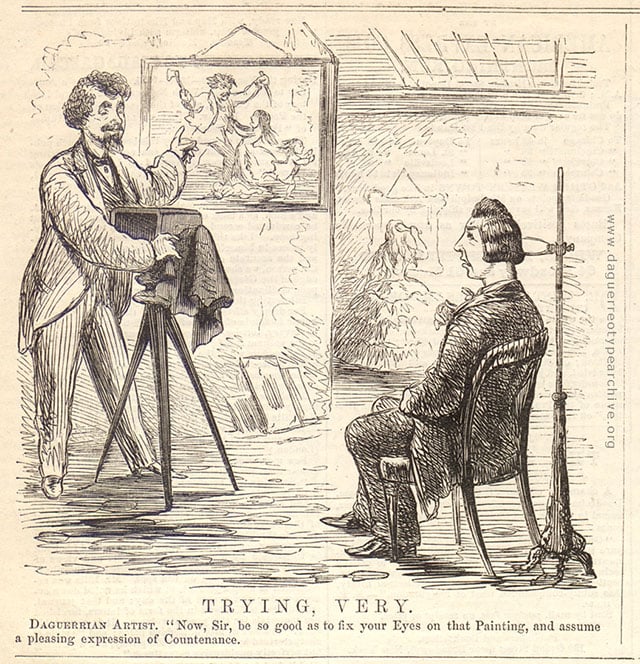 Other cultural stereotypes sometimes got mixed into the cartoons as well. This 1859 illustration imagines what photographers are like in the wild west of the United States: 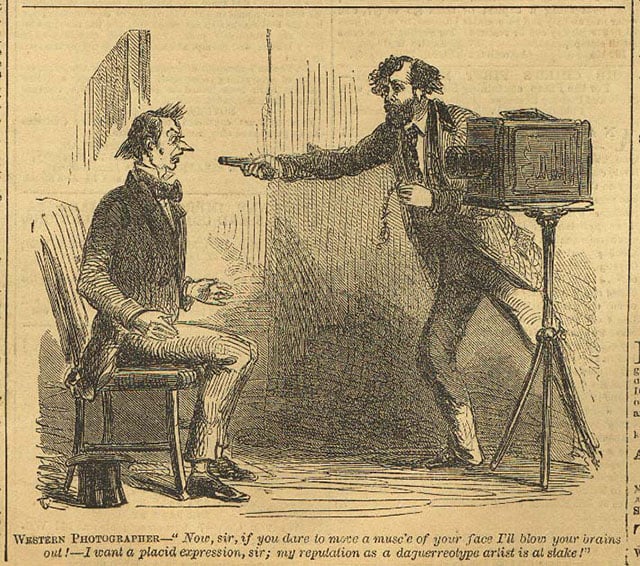 Know of any other 1800s cartoons about photography? Let us know, and we may include them in this post!

Photos Do Lie: How I Learned to Stop Worrying and Love The Daily Mail