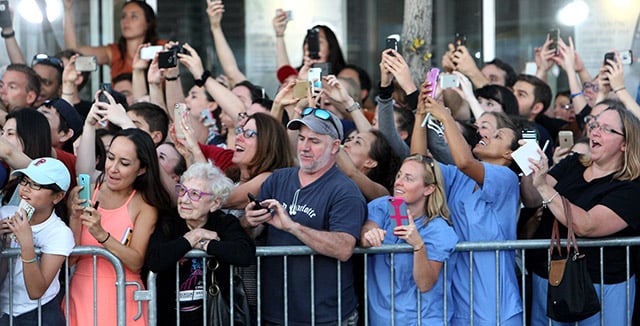 The photo has been going viral over the past week, and this lady is now an Internet sensation. 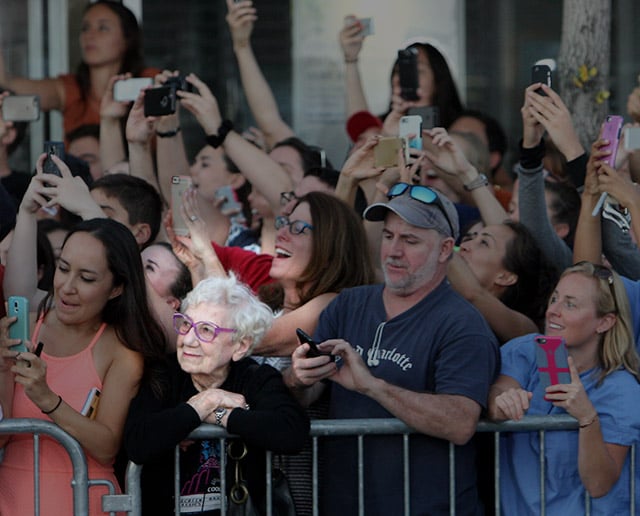 After being published by the Boston Globe last week, the photo was spotted and shared on Twitter by developer Wayne Dahlberg:

this is my new favorite photo of all time pic.twitter.com/v8Qs6TeXZf

The photo was quickly retweeted over 12,000 times and has since been shared all over the Web. Here’s what people had to say about this “radical” woman:

@waynedahlberg someone who knows how to be present and enjoy the moment.

@waynedahlberg @jabberworks I love her. No cell phone. No camera. No piece of paper and Sharpie pen. Just soaking in the experience.

Of course, there were some skeptics as well:

Poor grandma forgot her iPhone. Zoom in for her tears RT @waynedahlberg: this is my new favorite photo of all time pic.twitter.com/S4f4sdayJ4

@waynedahlberg @GregBDavies you’ll be so disappointed when you realize she’s wearing Google glass ;)

Photographer Lois Greenfield and Her Old-Fashioned Approach to ‘Moving Stills’