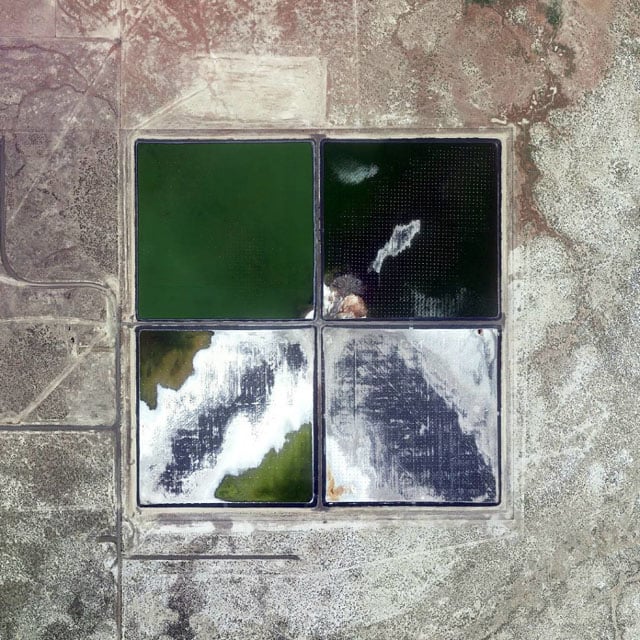 The Jefferson Grid is a new Instagram account that’s attracting quite a bit of attention. Each photo posted is a satellite photo of some place in the United States that was discovered using Google Earth. Each photo also shows the area of exactly one square mile.


The New York Times writes that the name of this project refers to the land planning system proposed by Thomas Jefferson over 200 years ago. The young future president was chairman of a planning committee, and he proposed that the US be sliced into plots of square miles for farmers.

“Jefferson’s idea became a reality in 1785 when it was enacted as the Public Land Survey System,” writes the Times. “Today his grid covers much of the country, and it is still used to survey federal lands — an idea that shaped the physical landscape of half a continent.” 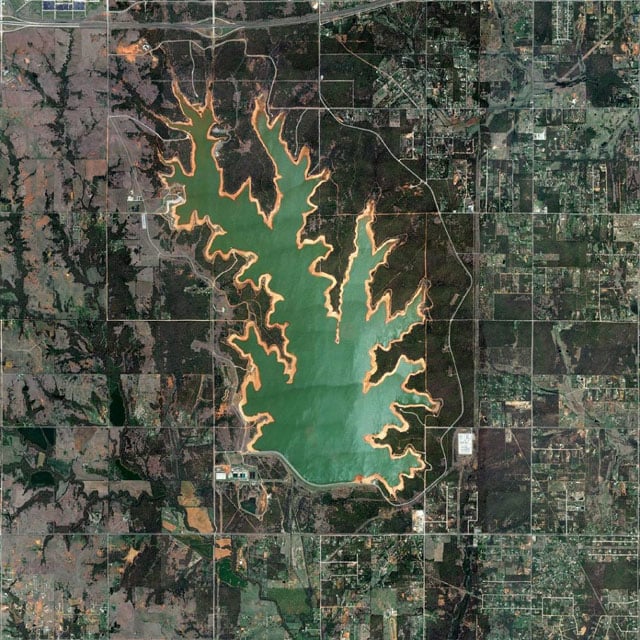 The Instagram account is the work of an anonymous photographer. “It’s fascinating that a survey system invented more than 200 years ago still affects the way things are organized and the way people live,” the photographer tells Wired.

He spends time scouring Google Earth for interesting square miles. When he finds a location, he saves a snapshot, touches up the contrast and saturation in Photoshop, and then uploads it to @the.jefferson.grid. 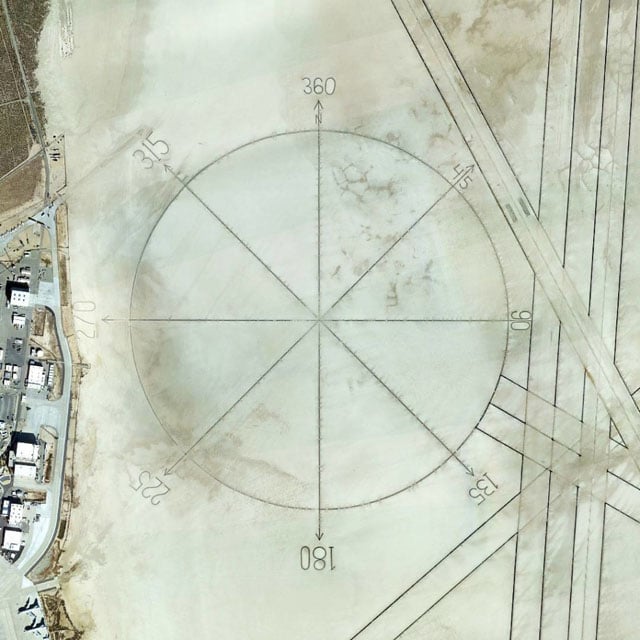 Since starting the project in August, the photographer has already attracted over 15,000 followers with the account. 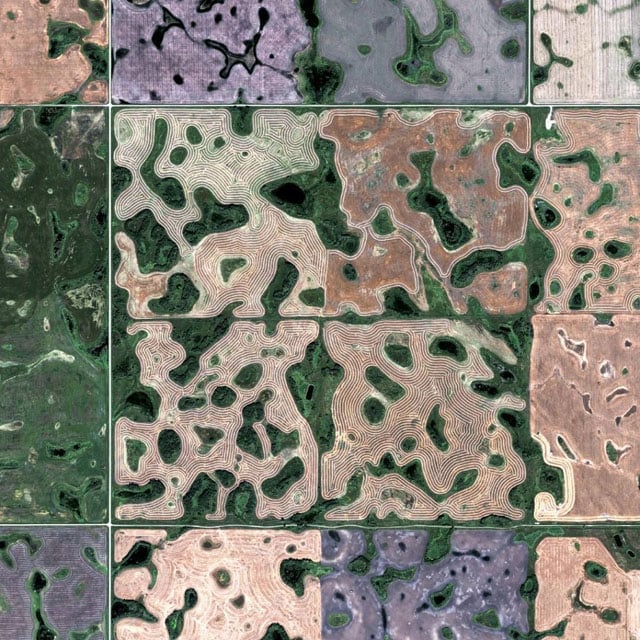 Here are some more images posted to the account: 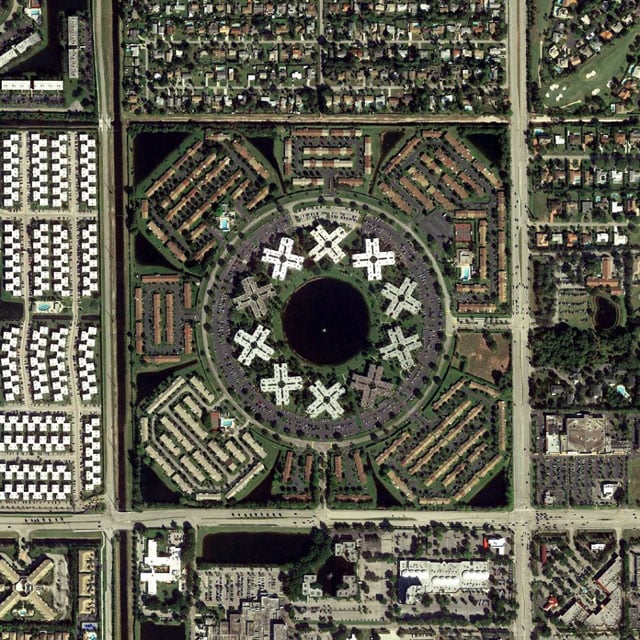 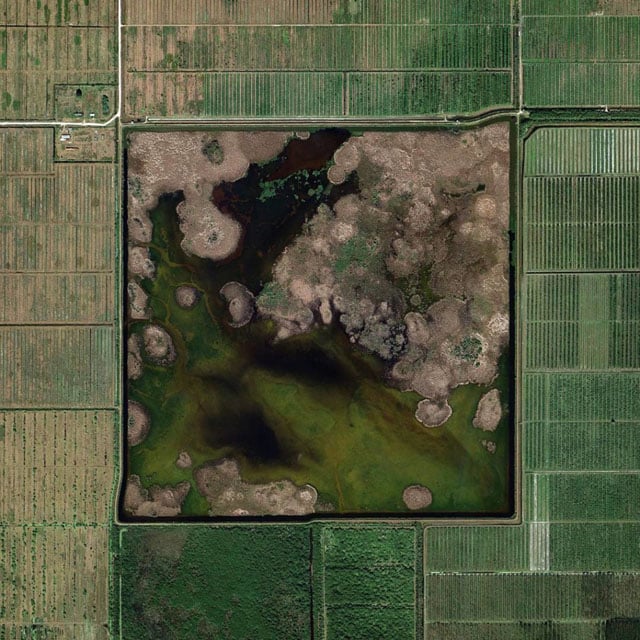 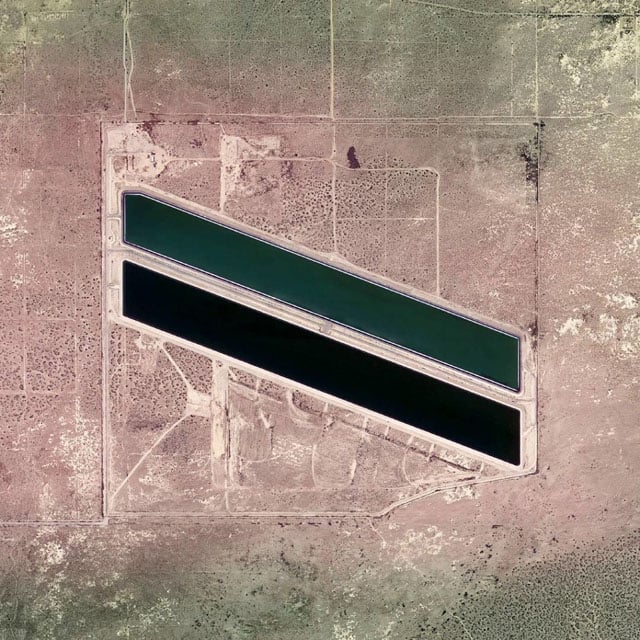 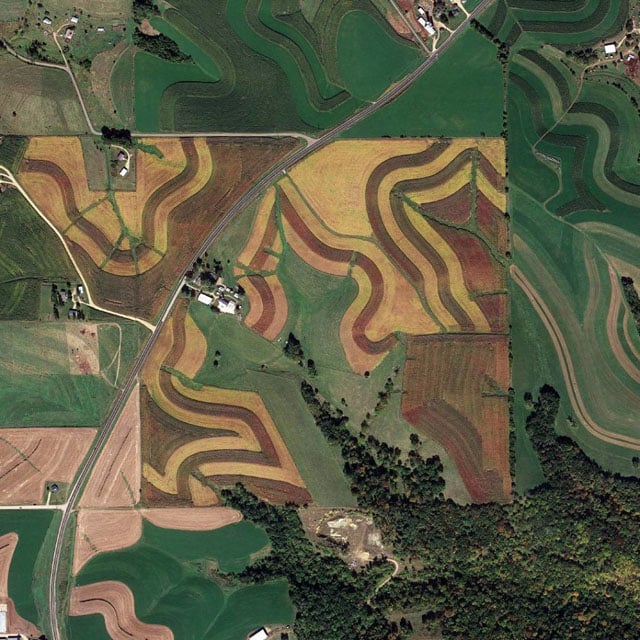 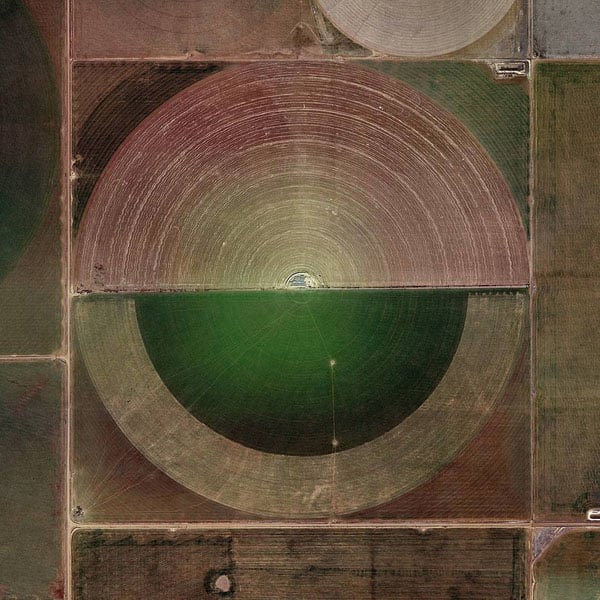 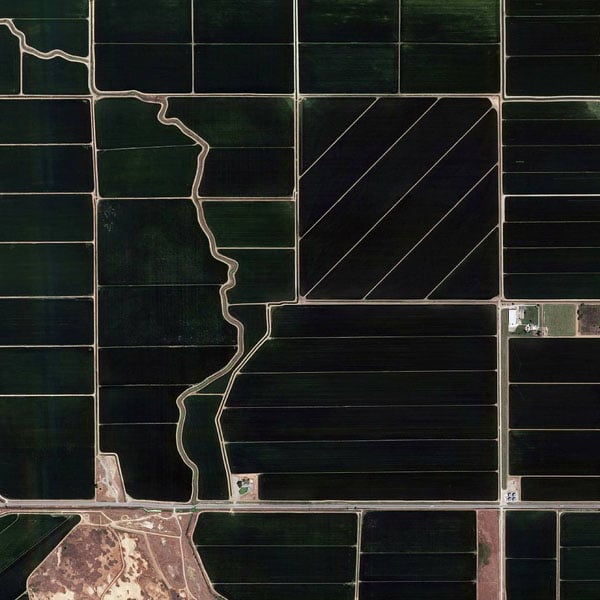 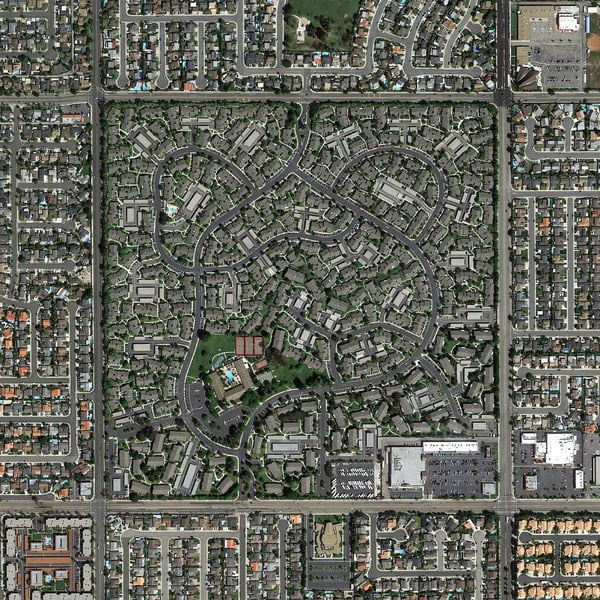 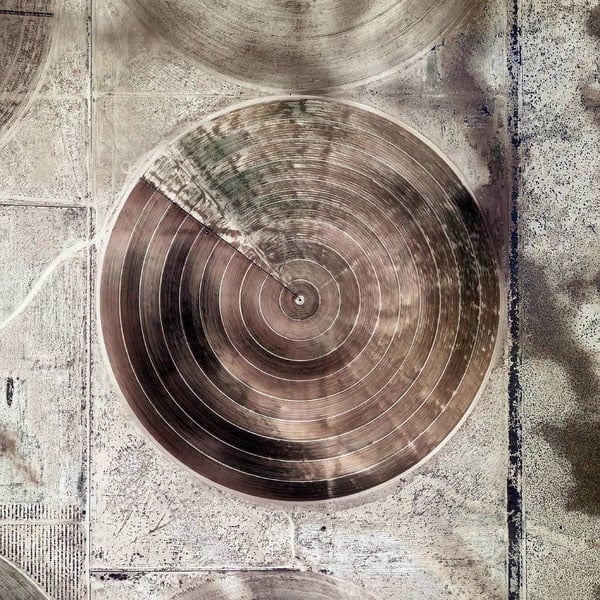 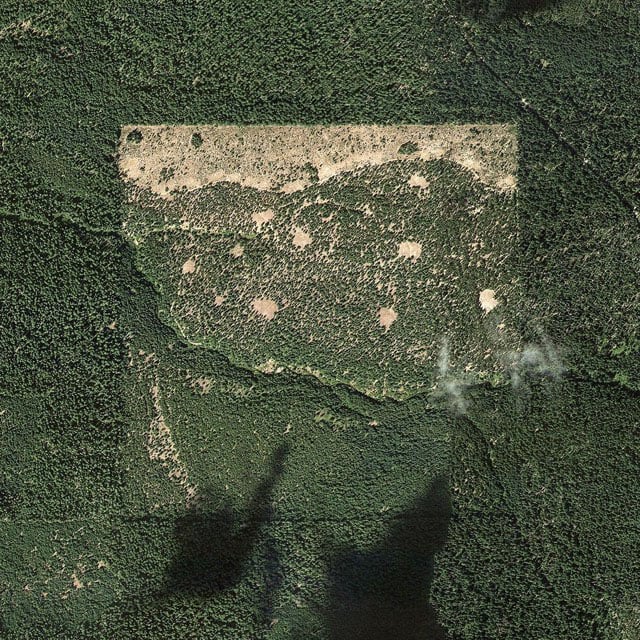 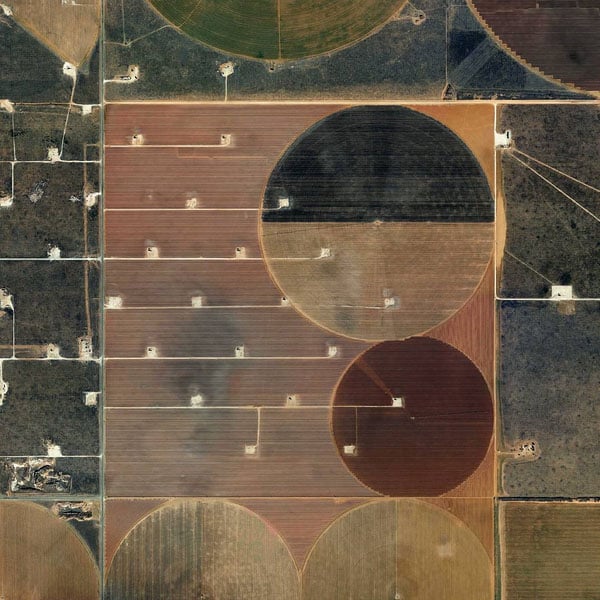 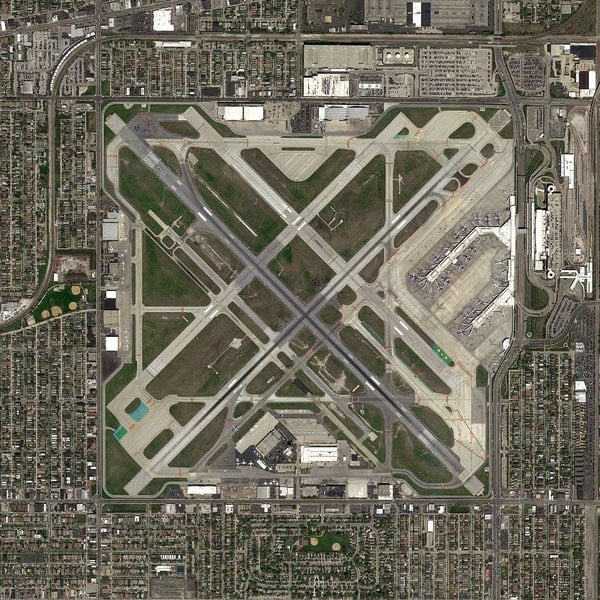 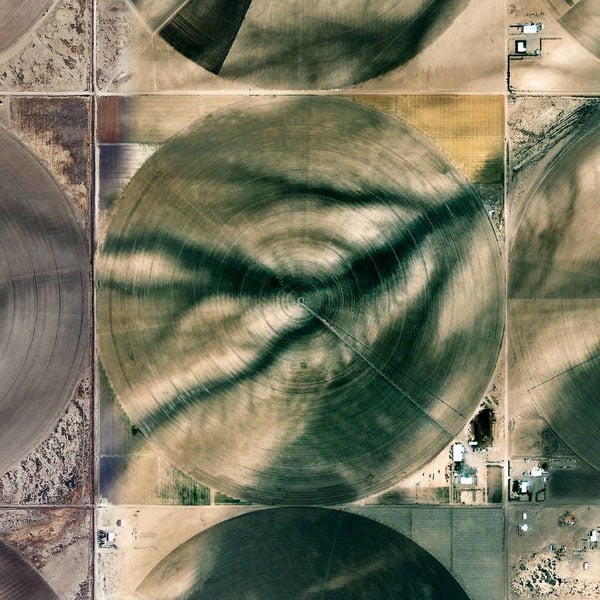 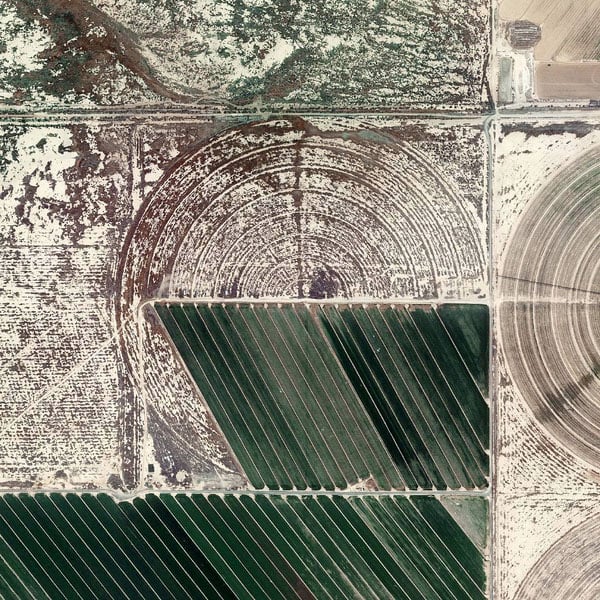 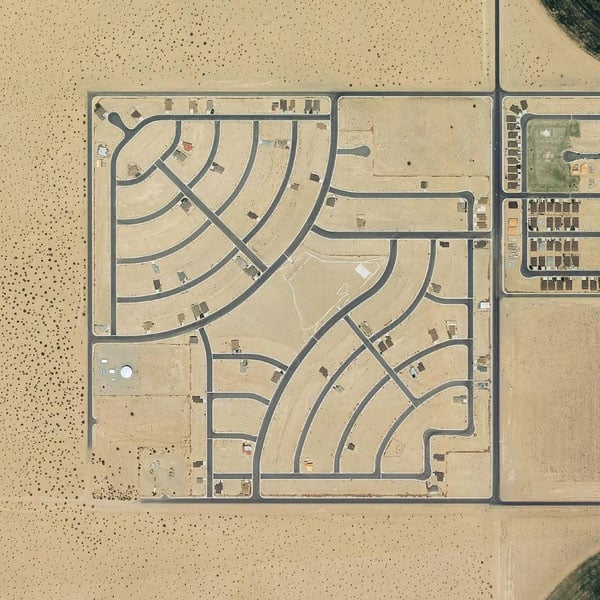 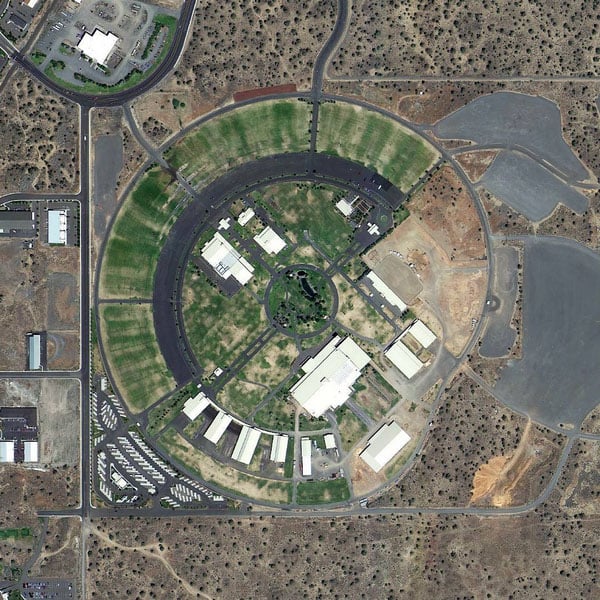 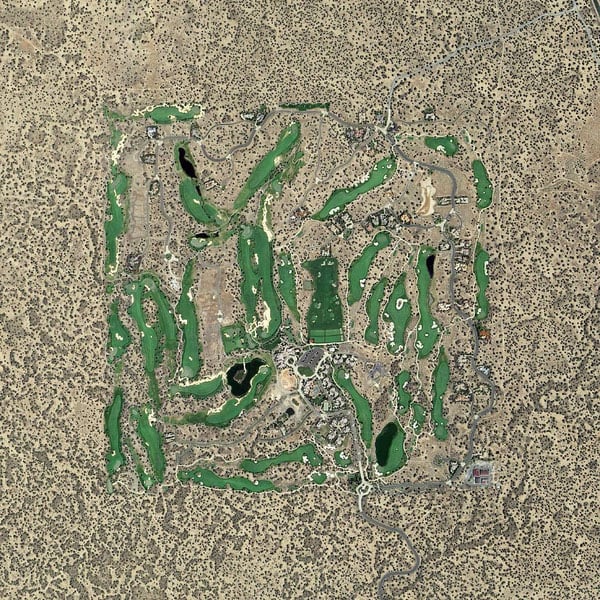 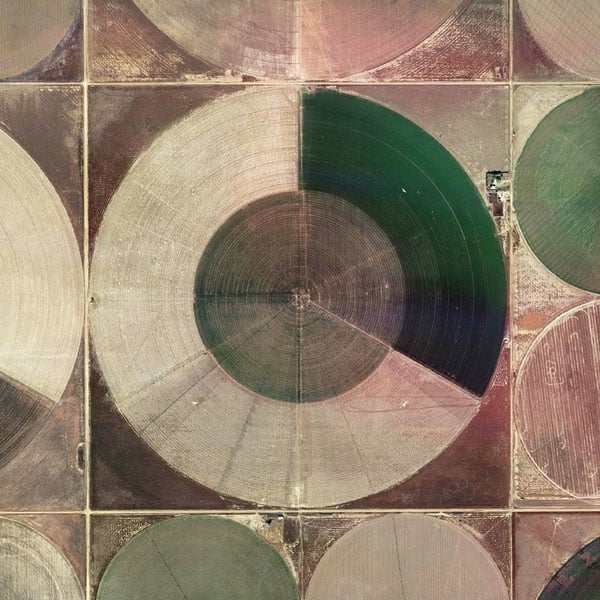 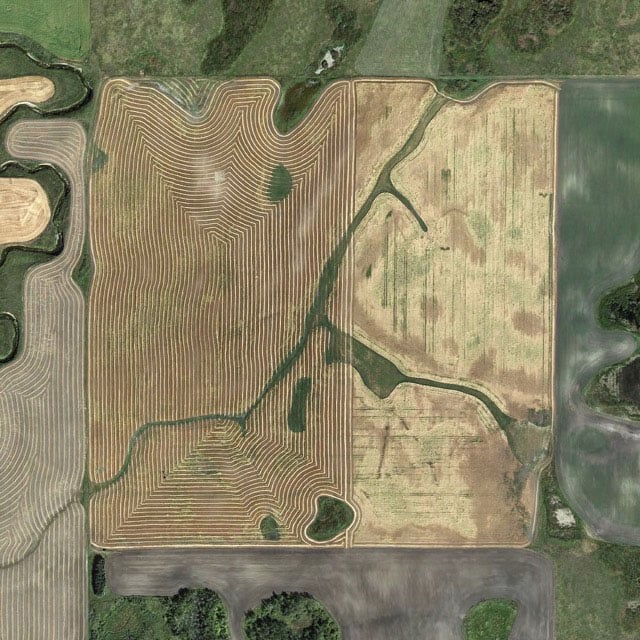 Image credits: Photographs by The Jefferson Grid/Google Earth and used with permission