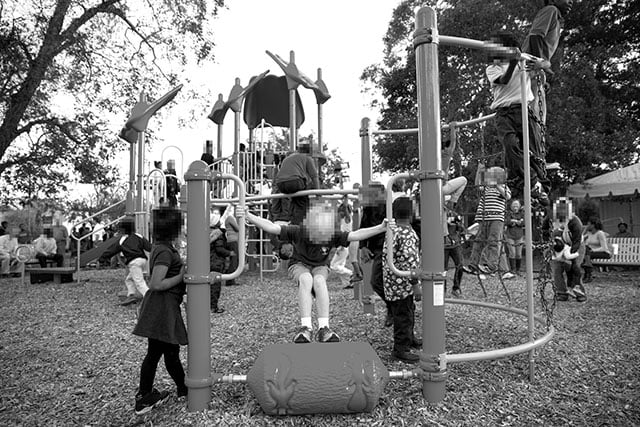 Sex offenders have the 1st Amendment right to photograph children in public. That’s what a state Court of Appeals in Wisconsin ruled on Tuesday, striking down a law that make it illegal for registered sex offenders to take ordinary pictures of kids in public without getting permission from the parents.

The Journal Sentinel reports that the case revolves around the conviction of a 44-year-old Green Bay man who was sentenced to 12 years in prison for photos of children.

Christopher J. Oatman was convicted of a child sexual assault in 2002. When authorities searched his apartment in February 2011, while Oatman was on probation, they found a camera and cell phone containing photos of kids playing outside his apartment.

Although none of the photos contained nudity or obscenity, “most of the images tended to focus on the buttocks or crotch area of the children,” the court writes. However creepy and disturbing those photos may be, the court’s opinion is that “children are not harmed by nonobscene, nonpornographic photographs taken in public places.”

Even Oatman has the free speech right to photograph children, the court found, and laws that restrict free speech must protect a compelling state interest — something this law wasn’t found to do. Thus, they reversed Oatman’s conviction for the photos.

Here’s the entire text of the decision, in case you’d like to read it for yourself:

“While we may dislike the fact that someone might have objectionable thoughts when viewing ordinary images of children, the State is constitutionally prohibited from precluding citizens from creating such images,” the decision says.

Image credits: Header illustration based on photo by North Charleston

The Pug Life: Portraits of Pugs Posing as 80s and 90s Hip-Hop Artists