Say hello to “Camera Restricta,” a new concept camera by designer (and photographer) Philipp Schmitt. It’s described as a “disobedient tool for taking unique photographs.” In short, the camera searches the Web for other photos that have been captured from the same place and if too many photos are found, the camera will prevent you from taking another unoriginal photo. 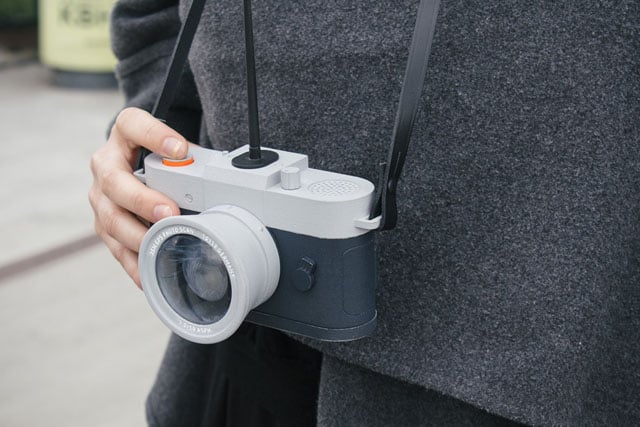 A counter on the back of the camera constantly displays the number of photos that have been discovered in a 35-meter radius around the current location. 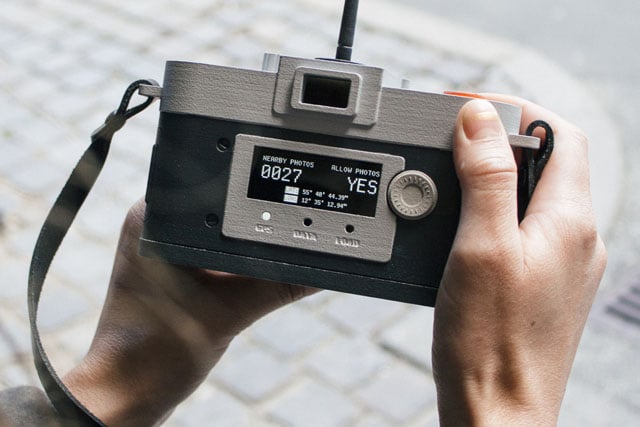 As long as the number is below a certain threshold, the camera will function and the viewfinder will show the scene: 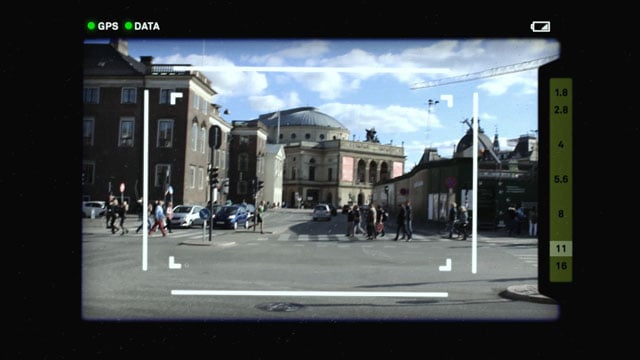 When too many photos are detected, the rear screen turns red, a warning message pops up, and the viewfinder becomes obscured with a big red X: 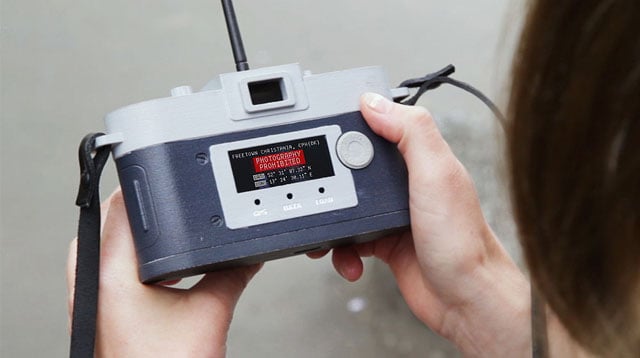 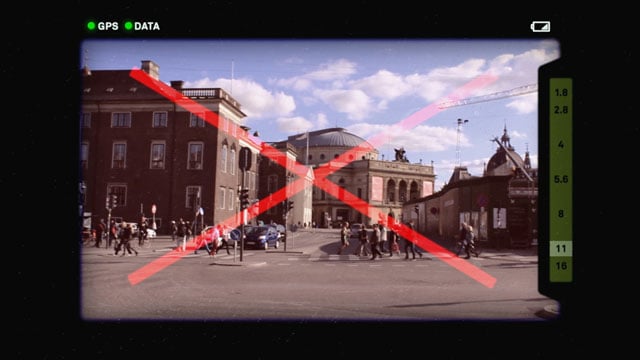 This goal of this strange and restrictive system would be to ensure unique photos and help the photographer avoid contributing to the ever-growing mountain of duplicate images available online.

“Of course you can’t judge uniqueness of a photo just by counting the geotags nearby,” Schmitt writes. “Still, it might be a good indicator for the potential of taking a special photo at a place.”

One obvious side-effect is that the camera would be mostly useless for travelers visiting the world’s most popular tourist locations.

Schmitt says his concept camera could also be used to restrict photographer in certain locations — censorship that happens before a photo is taken, rather than after.

Here’s a short 4-minute video that shows how the Camera Restricta works:

The prototype camera created by Schmitt is a 3D-printed camera body with a ATTiny85 microcontroller inside. A smartphone provides the GPS, data connection, speakers, and rear screen. On the phone is a custom app that searches Flickr and Panoramio for nearby photos.

Schmitt says the camera is not only a piece about censorship, but also a device that questions our practice of photography in world in which there’s an infinite stream of images being created.

“Camera Restricta introduces new limitations to prevent an overflow of digital imagery,” he says. “As a byproduct, these limitations also bring about new sensations like the thrill of being the first or last person to photograph a certain place.”

(via Philipp Schmitt via The Creator’s Project)

Video: How to Clean Your Camera Sensor to Remove Dust Spots