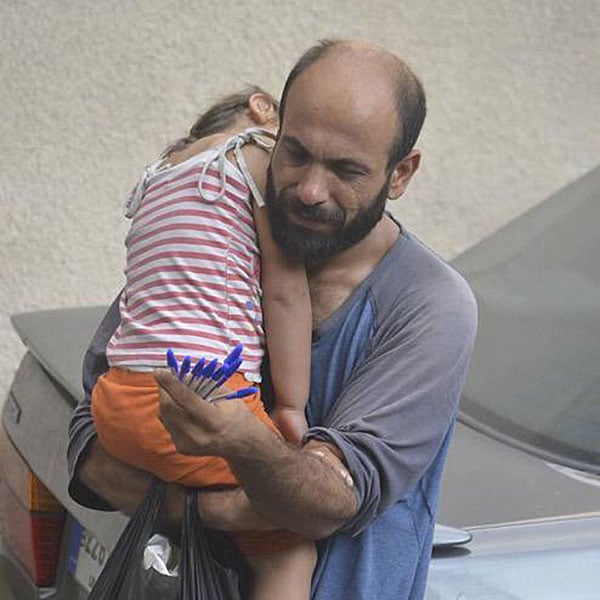 Photography has the power to change lives, and that’s what happened in a big way over the past week for one Syrian refugee. After a photo of the man selling pens went viral online, people around the world have donated over $150,000 to help give the man start a new life.

The story began back on August 25th, when Norway-based web developer Gissur Simonarson tweeted a couple of photos of the Syrian father selling pens while holding his sleeping daughter. The tweet quickly went viral:

Syrian father selling pens in the streets of #Beirut with his sleeping daughter #Lebanon #Syria pic.twitter.com/KOz4mjW1rd

The photo then appeared on Reddit, where it hit the front page and attracted over 1400 comments. Soon TV stations, newspapers, and websites across the world were sharing this photo with their audiences.

“I was overwhelmed with requests to help this man, so I decided to see if I could locate them,” Simonarson writes. He retweeted the photo through Conflict News (@conflicts), which he founded, and within 30 minutes he was put in touch with a Lebanese man who saw the refugee every day around his house. Other people began Tweeting photos of the man as well:

UPDATE: @aboyosha3homs has located the man and his daughter. We are looking to get his whatsapp number now! #BuyPens pic.twitter.com/wUpuPv5GRH

Another photo courtesy of @SyriaRoss. As I said, just working on the last points of verification. Stay tuned. pic.twitter.com/FNP5oBRDA4

Within a very short span of time, Simonarson was able to locate the man and girl (named Abdul and Reem) and launch an Indiegogo crowdfunding campaign for him. It carries the hashtag #BuyPens. 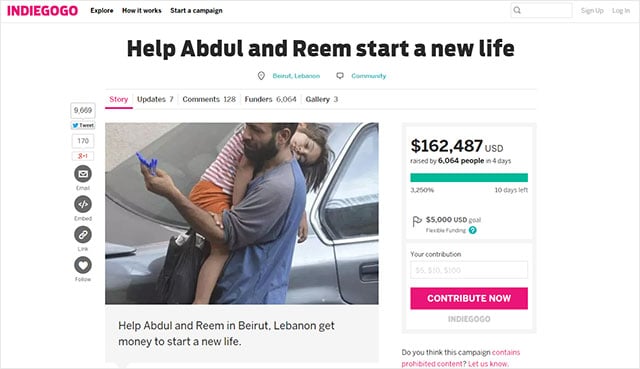 I asked Abdul about his dream.He said he wants to go back home to #Syria, to the way things were. @Buy_Pens #BuyPens pic.twitter.com/kULh9nuOy3

This really made me smile =) pic.twitter.com/ob533fWL9w

“Thank you to everyone who has supported this,” writes Simonarson. “It’s nice to see people come together and make a difference in another person’s life.”

Photo Mythbusters: How Much Do UV Filters Actually Protect Your Lenses?