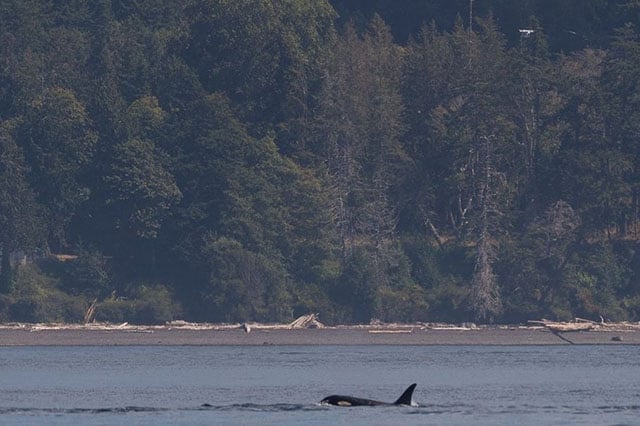 We’ve written a number of times recently about how flying your camera drone near wildfires is both dangerous and illegal, but this week two men also discovered that getting too close to killer whales can also get you in trouble with the law. Two drone pilots recently did just that in Washington, and they received hefty fines.

Washington news station KIRO 7 reports that photographer Douglas Shih of Mercer Island owns an aerial photography service in the Seattle, Washington, area and recently decided to take his equipment for a flight over the Haro Strait. State law requires that “vessels” and “other objects” stay a minimum of 200 yards away. Both Shih and a second pilot from the California area flew their drones within 10 yards of the whales.

Both men received the first tickets ever issued drone-related orca protection violations. Shih’s fine was for $1,025.

“These orcas are the key to the local economy,” says Sargent Russ Mullins of the Fish and Wildlife service. “They’re of intrinsic value to millions of people. We need to be very aggressive and err on the side of caution when protecting these whales.”

Shih tells KIRO 7 that he was well aware of laws about keeping boats at a safe distance from whales, but says that he believes the law wasn’t clear regarding how it applied to camera drones.

Here’s some drone footage of a pod of killer whales that was published on Shih’s YouTube channel a week ago:

This incident is a reminder to all drone pilots to obey local laws and to treat drones as any other piece of professional aircraft equipment. When you take to the skies, you are liable as the pilot and operator.