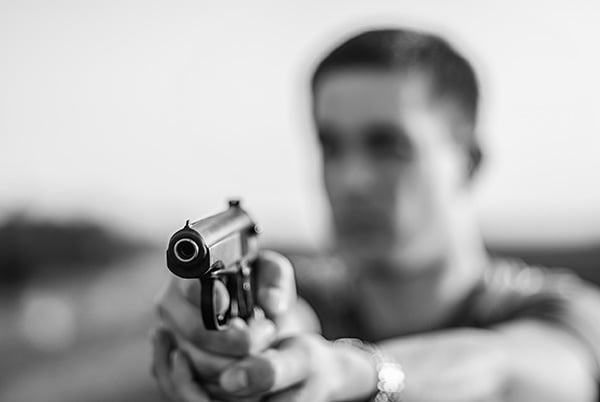 Photography has been used in many ways throughout its history: as documentation, propaganda, keepsake, etc. But never has it been so frequently used as a weapon as in the Information Age. As visual communication becomes the de facto language of social media, we can only surmise that we will see more and more examples of using photography for nefarious purposes.

In Regarding the Pain of Others, Susan Sontag comments: “Photographs of an atrocity may give rise to opposing responses. A call for peace. A cry for revenge. Or simply the bemused awareness, continually restocked by photographic information, that terrible things happen.”

Indeed, war photography has served the purpose of glorifying soldiers (e.g. Roger Fenton) to shocking nations to the horrors of war (e.g. Margaret Bourke-White, Yosuke Yamahata, Nick Ut, et al). But in the 21st century, photographs of an atrocity don’t wait to give rise to opposing responses. They are created and distributed with an intent to harm and polarize.

The weaponization of photography is a partial reflection of a modern culture that is willing to consume and interpret imagery without analysis or concern for who might be victimized by the image. And the rate at which photos and video can spread online feeds this insatiable consumption. After the tragic live double homicide of journalist Alison Parker and cameraman Adam Ward yesterday, The New York Times’ Farhad Manjoo commented,:

The killings appear to have been skillfully engineered for maximum distribution, and to sow maximum dread, over Twitter, Facebook and mobile phones…[Flanagan] seems to have known, for instance, that in a nation in which tens of thousands of people are killed by firearms every year, the shooting of two people would not become international news if it was not filmed: as is commonly said online, ‘Pics, or it didn’t happen.’

It wasn’t always like this. The Khmer Rouge is well-known for taking thousands of death portraits, but the images were never intended to instill an even greater fear than the Killing Fields themselves. They were simply internal documents for a brutal regime. But now, photos are distributed specifically with the intent to harm, shame, or scare.

Our own voyeuristic tendencies allow photos to be used as weapons – we cannot help but look, and as long as this is true, images will continue to be manufactured and distributed for maximum manipulation and shock value.

Here is a brief history of the photo as weapon in the 21st century. 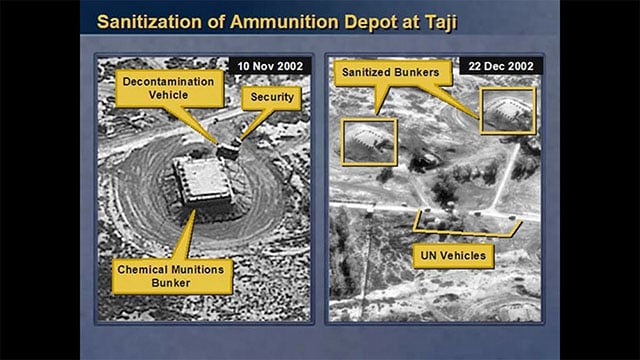 In 2003, then Secretary of State Colin Powell presented visual evidence to the UN that Iraq was building weapons of mass destruction. The evidence consisted of satellite imagery that was incorrectly captioned, but nevertheless became the US’s justification for entering the war. Filmmaker Errol Morris and digital forensics expert Dr. Hany Farid discussed the images in a New York Times Opinionator piece:

The photographs presented by Colin Powell at the United Nations in 2003 provide several examples. Photographs that were used to justify a war. And yet, the actual photographs are low-res, muddy aerial surveillance photographs of buildings and vehicles on the ground in Iraq. I’m not an aerial intelligence expert. I could be looking at anything. It is the labels, the captions, and the surrounding text that turn the images from one thing into another.

The act of mislabeling photos helped justify and propel the US into a $2 trillion war. 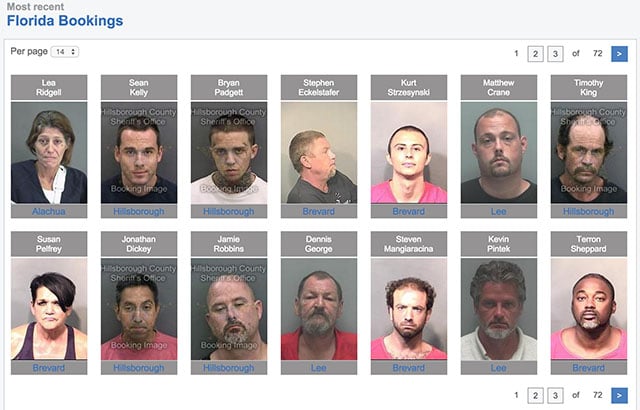 Many local law enforcement agencies provide arrest photos online as a part of the public record. Around 2009, a cottage industry of mugshot websites emerged by building SEO (search engine optimization) against the names of the arrested, and unscrupulously charging a takedown fee to delete the record – whether or not the individual was convicted of a crime.

Nearly a dozen states have enacted laws that require these website operators to remove the mugshots of people who are not convicted of a crime, but the practice is still prevalent in places like Florida despite repeated attempts to legislate against the activity.

The Cyberbullying and Suicide of Amanda Todd 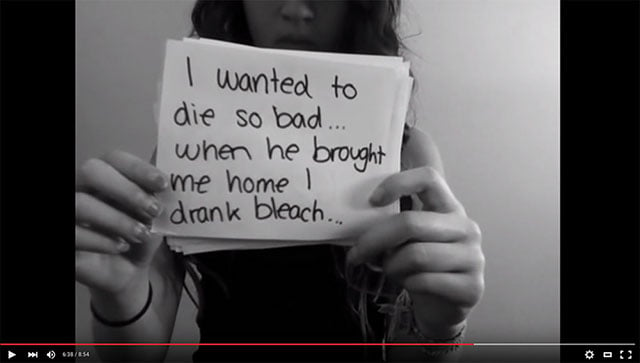 On October 10, 2012, 10th grader Amanda Todd committed suicide after enduring years of cyberbullying stemming from topless photos she sent to a stranger. The stranger subsequently blackmailed her into sending more images, then shared the images with her classmates leading Todd to abuse alcohol and drugs, and attempt and finally succeed in suicide.

The alleged perpetrator, Aydin Coban, was charged with multiple counts of extortion, Internet luring, criminal harassment, possession of child pornography for the purpose of distribution and possessing child pornography.

Beheadings have been used as intimidation for centuries. The Mexican cartels still decapitate hundreds of people each year in the on-going drug war, yet the intended effect seems to be localized intimidation of residents, journalists and law enforcement. Photos of the atrocities exist and have limited distribution, but the end goal seems to be confined to coercion of a small population, thus media coverage of such images is relatively non-existent.

By contrast, Islamic terrorist take advantage of the western media’s bias towards Muslims in using video and photos to promote both fear and demands for the release of prisoners or money.

The gruesome beheading of journalist Daniel Pearl in 2002 shocked the world by leveraging the Internet’s speed of information dissemination with the nascent video technology of the time (YouTube didn’t exist until 2005). Shock videos existed on VHS and in obscure Usenet groups for many years, but the Pearl video was the first instance where distribution was virtually unlimited and uncontrolled, media outlets (nor the FBI) hadn’t developed policies for such an event, and although it’s unclear who uploaded the video to the Internet, the fact that it was filmed suggests premeditated intent for virality.

A grotesque example of the evolution of photo as weapon is the Islamic State’s use of beheading videos and frame grabs. Although journalist James Foley was not the first decapitation victim, his August 19, 2014 execution had the ignominious distinction of being the first American killed by ISIL in such a public and gruesome fashion.

With slick production values targeted towards a younger generation, ISIL has used beheading imagery (aka “terror marketing”) to strike fear into their opponents and as an intentional tool to recruit new soldiers from around the world who have flooded into Syria and Iraq. News organizations and social media sites have effectively banned these images, but their intended audience – those willing to wage jihad – are still able to view and find inspiration in them.

Images of alleged police brutality against Michael Brown, Eric Garner, Tamir Rice, Freddie Gray, and others have cast the police in a negative light. Any police officer who draws his/her gun is likely to be ostracized as yet another out-of-control cop. Such was the reaction on August 2, 2015 when a white Cleveland cop was photographed aiming his gun at an allegedly unarmed black woman.

An outraged Internet viewed and circulated the image as yet another example of racist policies, but the police report suggested an entirely different narrative that wasn’t discernible from a photo representing a fraction of a second.

Demonization without verification has become the modus operandi for viewing and then weaponizing an image. 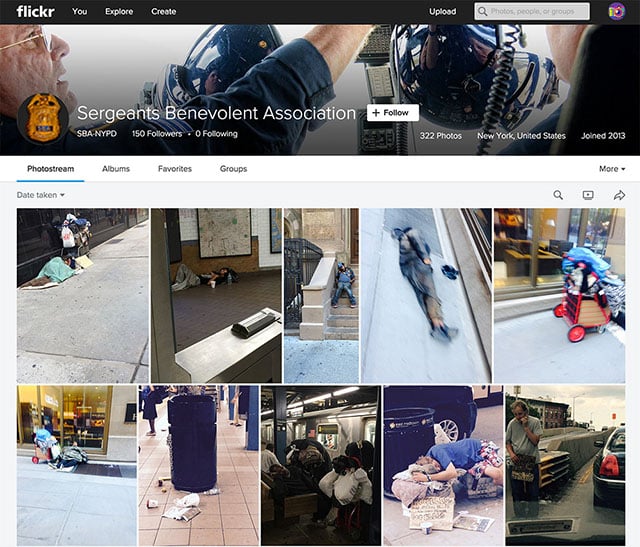 The Sergeant’s Benevolent Association of the NYPD recently created a Flickr account to post dehumanizing images of the city’s homeless in an initiative called “Peak-a-Boo, We See You!” According to the New York Post, SBA President Ed Mullins is using the initiative to criticize Mayor Bill de Blasio and what is perceived as non-support of the NYPD. A letter to SBA members from Mullins reads:

As you travel about the city of New York, please utilize your smartphones to photograph the homeless lying in our streets, aggressive panhandlers, people urinating in public or engaging in open-air drug activity, and quality-of-life offenses of every type…We, the ‘Good Guys,’ are sworn to protect our citizens. Shouldn’t our public officials be held to the same standard?

Using photos to ostracize and reinforce negative (and often false) stereotypes is weaponization at its best.

But the most egregious example of online shaming via image ends not only with humiliation, but with suicide. In May 2015, 13-year-old Izabel Laxamana jumped to her death after her father cut off her hair for sending sexually suggestive images to a boy. Her father videotaped the contrite Laxamana following the haircut, and despite having no intention of posting it online, the video was uploaded by a third party. 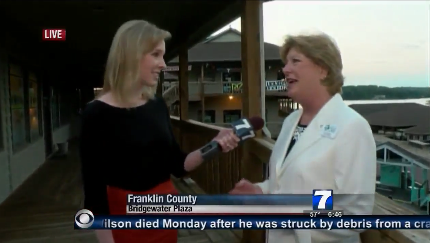 The disgruntled multimedia journalist Vester Lee Flanagan shocked the nation with a brazen on-air shooting of two former colleagues in Roanoke, VA in the early monring of August 26, 2015. Flanagan took full advantage of an arsenal of multimedia tools – from the first-person filming of the shooting from his cellphone to exploiting both Facebook and Twitter to virally spread evidence of his actions – ensuring that his crime would be seen by millions.

The images have flooded the airwaves and Internet, amplifying a terrible crime into a visual spectacle. Tabloids like the New York Post and NY Daily News were quick use the horrifying images on their front pages, ensuring Flanagan’s rise to infamy would be visually seared into the minds of millions.

When the photo is a weapon, the act of looking makes us partially complicit in its premeditated effect. When we intend to use a photo as a weapon, we turn a collection of optical data into something nefarious. No longer intended to document or bring joy, the photo becomes of visual reminder of the worst aspects of man, bent on destroying everything in his sights.