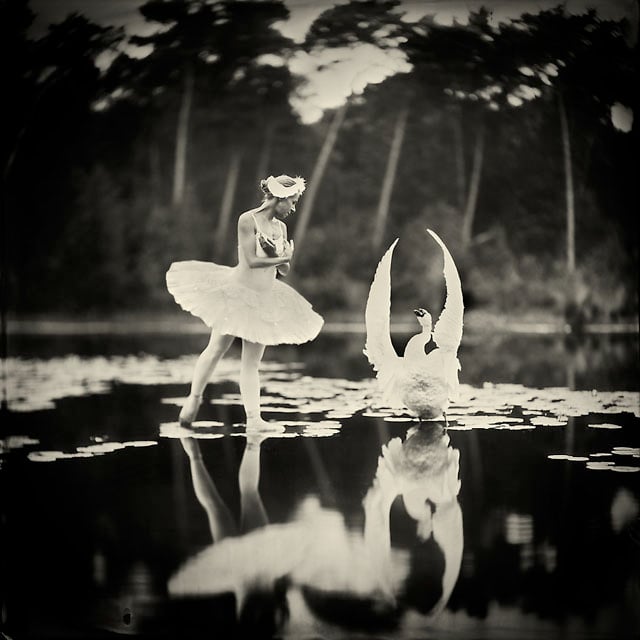 Wet plate collodion photographer Alex Timmermans recently shot a new photo titled “Swan Lake” for his surreal Story Telling project. Here’s a look at how the image was made.

Timmermans says that the idea had been bouncing around in his head for months, but the main problem was finding the right location for the shoot. He needed a shallow pond that could support a sturdy platform for the ballet dancer.

He also needed to wait for the right weather: since both the dancer’s dress and the swan were white, he hoped to do the shoot on a cloudy day to have more control over the exposure.

On the day of the shoot, Timmermans decided to use 5 adjustable umbrella stand to prop up his subjects. 4 were used on the dancer’s platform, and one was used to prop up the fake swan. 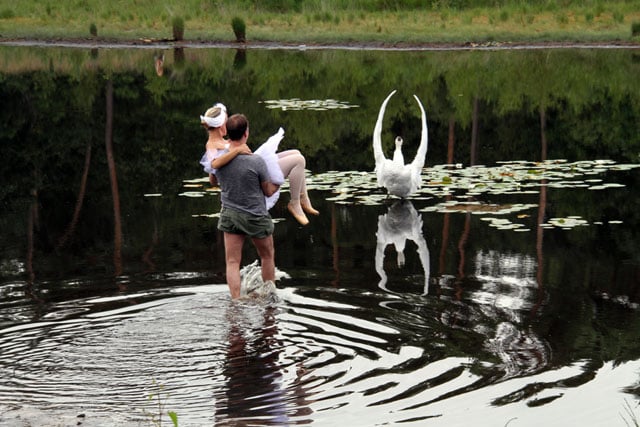 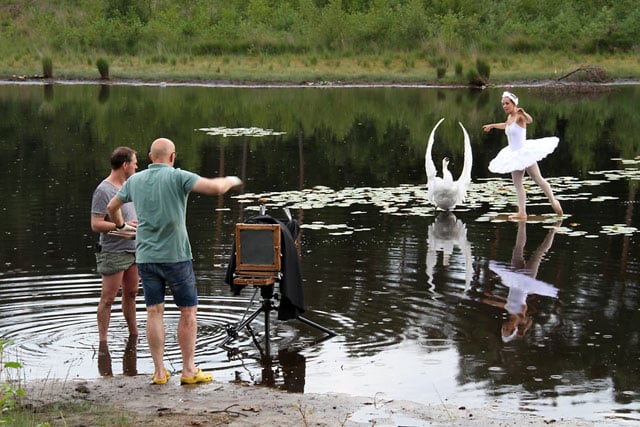 “Despite the cloudy weather, it was extremely difficult to nail the exposure,” Timmermans writes. “So making this plate took us about 5 hours, but the very final plate came out just great.”

Here’s a behind-the-scenes video of the shoot, filmed by Patrice Lesueur of Lightinanbox:

(via Alex Timmermans via Phogotraphy)

P.S. We featured a collection of Timmermans’ photos back in 2014, and earlier this year he shared a behind-the-scenes look at a different photo in the series.

Image credits: Photographs by Alex Timmermans and used with permission