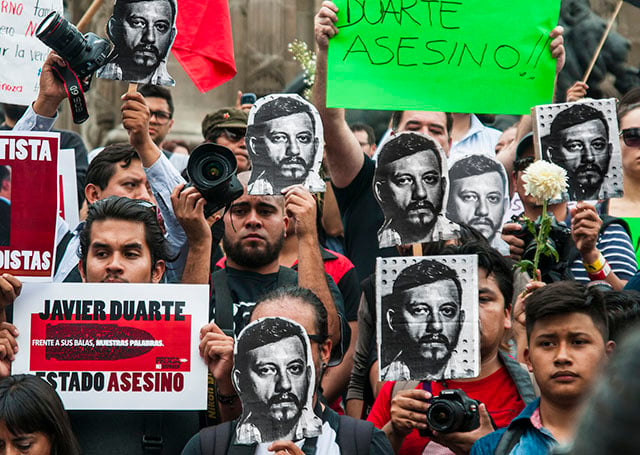 Several thousand people attended a rally in Mexico City yesterday to denounce the killing of a Mexican photojournalist over the weekend.

The bound and tortured body of photographer Ruben Espinosa was found alongside four others in an apartment in Mexico City on Saturday. The New York Times reports that Espinosa was the seventh journalist to be killed in Mexico so far this year. 41 have been killed since 2010.

Espinosa, a photographer for the magazine Proceso, fled the state of Veracruz to Mexico City last month, saying that he felt threatened while covering the world of politics. In interviews, he claimed that people were following him, taking photos of him, and harassing him.

A day after the photographer’s body was discovered, a huge crowd rallied in Mexico City to make sure the death didn’t go unnoticed by the public. Activists are worried that authorities will dismiss Espinosa’s murder as being unrelated to his work as a journalist.

As a show of solidarity with Espinosa and other photojournalists, many of the protestors brought DSLR cameras to the gathering. 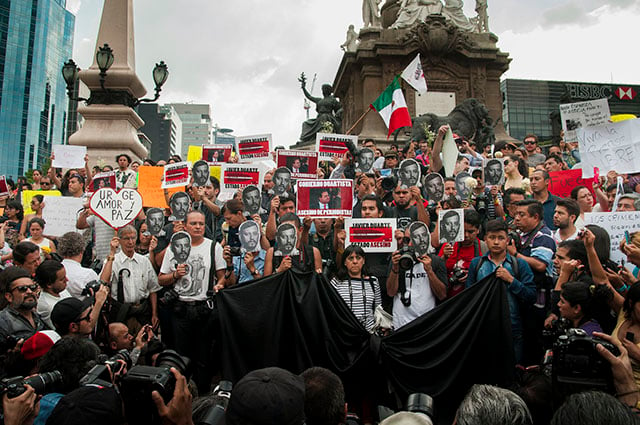 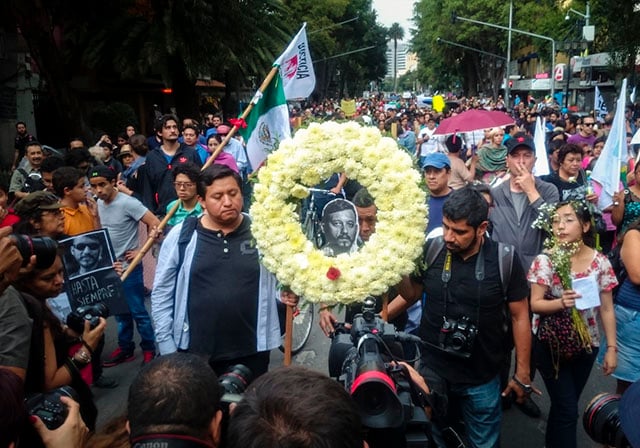 Although Mexico is the most dangerous nation in Latin American for journalists, 90% of journalist murders since 1992 have gone unpunished, the AP reports.

Back in 2012, Espinosa actually covered a similar protest after another journalist from Proceso was found dead. Authorities announced that the murder of Regina Martinez was a result of robbery, and Espinosa said he was warned by one government official at the rally to “Stop taking photos if you don’t want to end up like Regina.”

Fujifilm Announces the X-T1 IR, an Infrared Version of the Flagship Mirrorless Camera