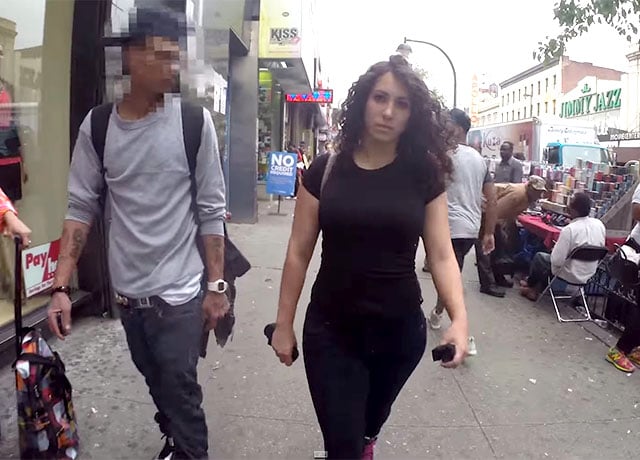 When working with paid subjects in shoots, it’s always important to have written contracts and signed releases to prove that you have permission to do what you wish with what you capture. Here’s what can happen if you rely on verbal agreements…

Last year, a video of a woman being catcalled more than 100 times while walking around NYC for 10 hours went viral online, amassing over 40 million views. Now the woman is suing the creator of the video for $500,000, claiming that she never gave written permission for the video to be used before it was widely published and promoted.

Here’s the 2-minute video at the center of this lawsuit:

Roberts is accusing the defendants of using her likeness to promote her agenda, saying that she never had a written agreement with Bliss and that she “didn’t get everything she was promised,” TMZ reports.

The lawsuit charges that the defendants unjustly enriched themselves and violated Roberts’ civil rights by widely sharing videos containing her “creative content, performance, image, likeness and persona for the purposes of advertising or trade without her prior written consent.”

New York Daily News reports that the 24-year-old actress originally became involved in the project after answering a Craigslist casting call and accepting a payment of $200 for her role in the production. Now she’s seeking over $500,000.

And that’s why you should make sure you have agreements detailed in writing rather than relying on verbal or implied agreements.